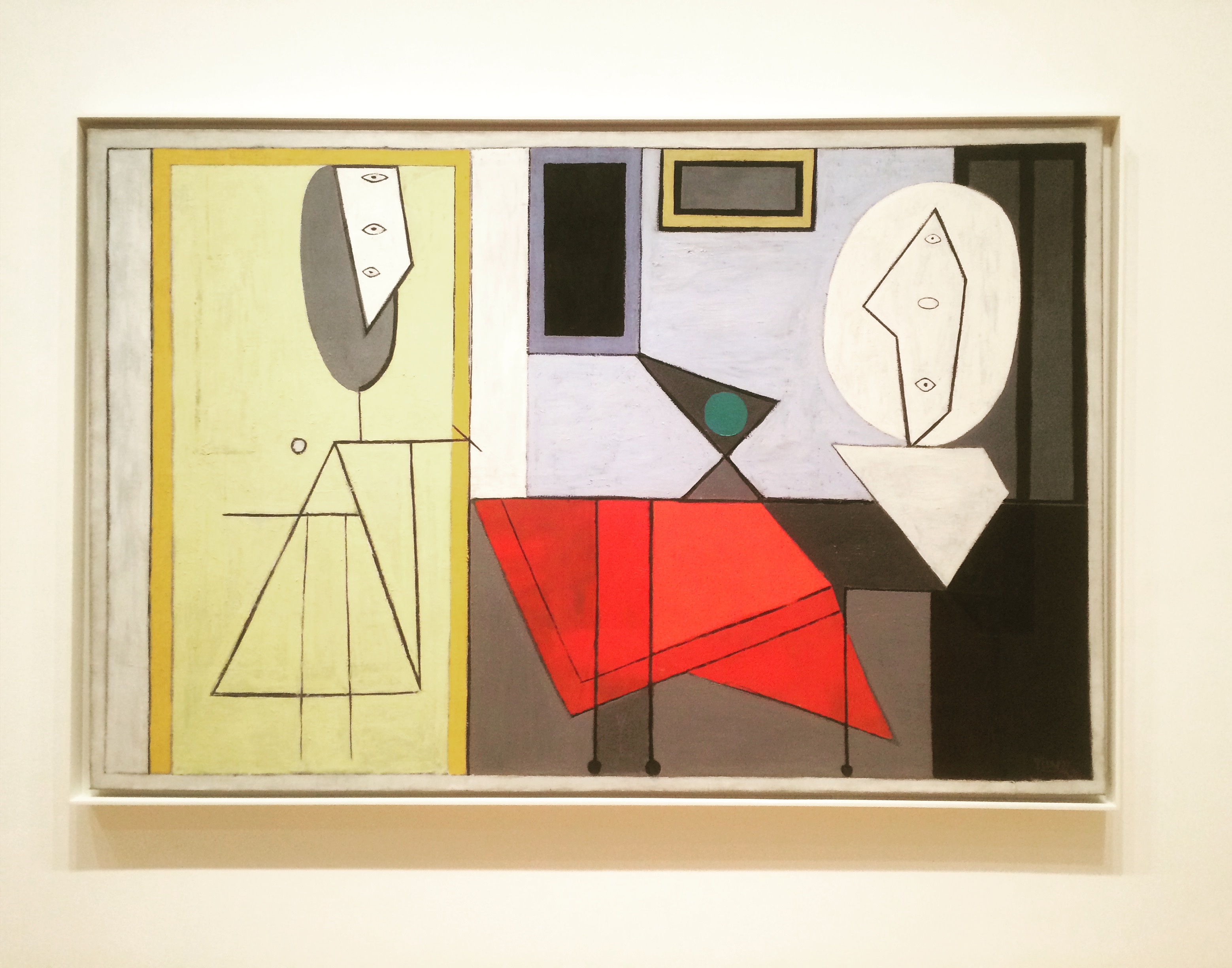 Last week came in like a lion, and it’s going out like a lamb! It’s June, now. Holy crap. I completely didn’t see this month coming. #Sad? As you can see from my photo above, I went to the MoMA this week after my therapy session! This one is called L’Atelier, or “The Studio,” and I love how chill it is? It totally reminds me of listening to WNYC & cracking jokes up in the studio where I work. Call me a cliché, I really like Picasso. Whatever.

I’ve been spending most of my time in the studio this week, so I haven’t really had a lot of time to dig up fun stuff to share with you, but here’s a little taste of the stuff that’s making me chuckle this week:

Wanna have a picnic this weekend, without blowing your entire week’s paycheck on snack foods? For journalism, I went undercover (not really, but that pink nail polish I’m wearing is very unlike me) at my local Key Foods to find out just how much of a party $20 can throw you. Surprisingly, a lot! A lot of picnic! I’m just swooning because the URL clearly indicates that I am “Queen of the Picnic” which is absolutely going into my blurbs.

This Radiolab story about the worth of things that are seemingly priceless made me tear up, and marvel, and I think it’s especially important in the wake of this administration’s policies against the planet.

This Mental Floss article reveals the true story behind that one Stormtrooper who knocked his head in A New Hope. Spoilers: it was DIARRHEA!

While listening to public radio in the studio on Saturday, one of the topics that came up was emojis. I LOVE EMOJIS OBVIOUSLY, but I didn’t realize how clutch emojis were to communicating in relationships?!? Apparently there’s a science about this?!? I’m so curious to know!

i asked my god why you exist but he denies any responsibility… pic.twitter.com/bgehaEsNJt

These fuzzy woodland creature toys are very popular in Britain, as I understand? And this twitter account takes and poses them to act out scenes from the Tr*mp administration. This one of the meeting with the Pope made me laugh and groan and laugh, it’s so accurate.

Animals in Predicaments is steadily becoming my favorite Facebook source for all funny animal pictures.

Fiona is usually pretty quiet but keepers have heard vocalizations incl. grunts & even a bellow in response to the adults' contact calls! pic.twitter.com/PYIoUoYqPb

My newest hippo-crush is Fiona, a baby hippo who lives at the Cincinnati Zoo! I’m following this account just for Fiona updates. <3

Him got a barkpack. Is adorable.

A fellow was left with his phone,
His favourite thing, as is known,
And sat in its light
Unsleeping at night.
“Covfefe,” he tweeted, alone.

My friends, we have reached… Peak Inner Kermit Meme.

And finally, this pup is so relatable. Honestly, it’s pretty impossible to resist the urge to howl along when this song plays, isn’t it?