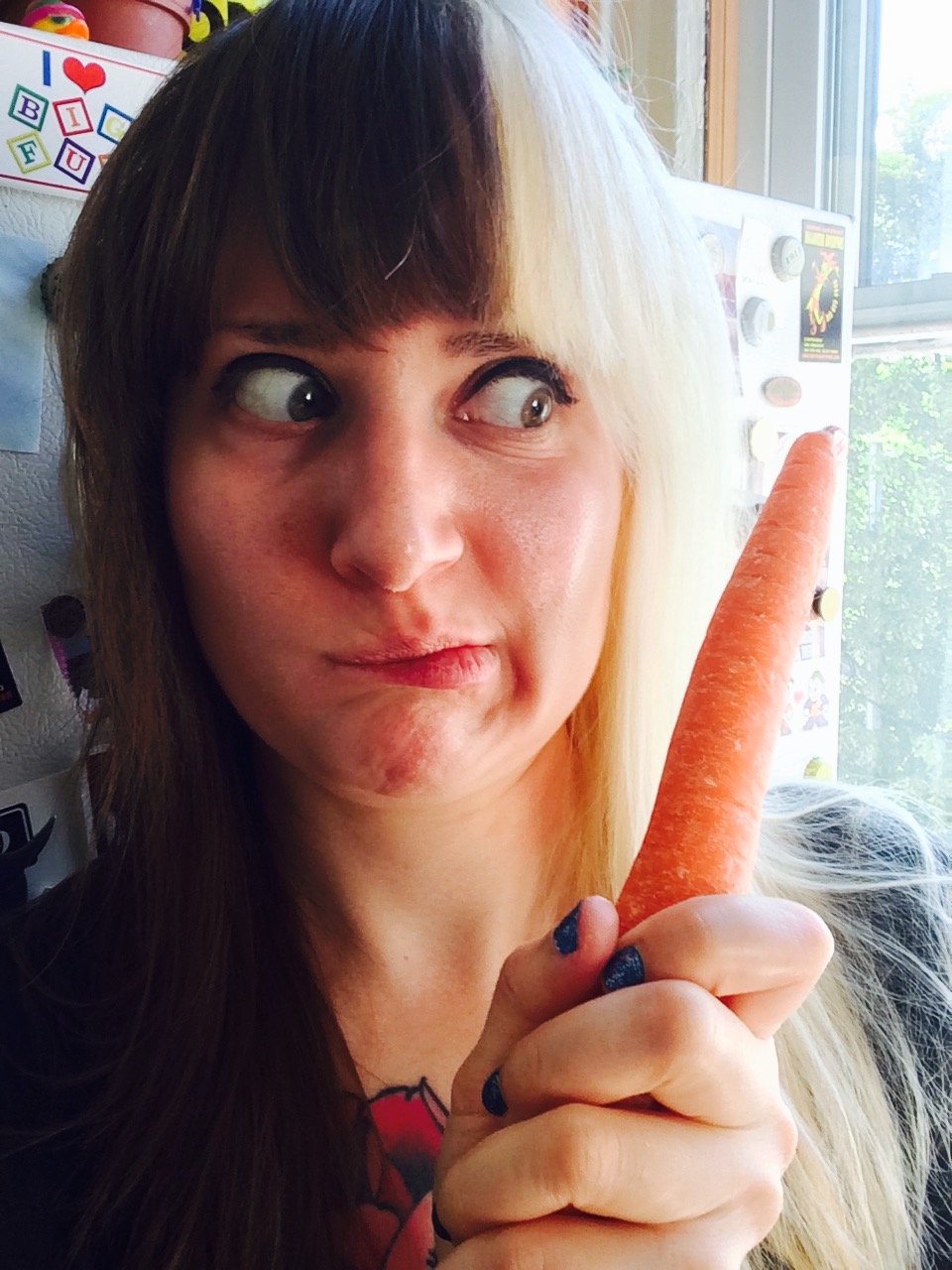 I consider myself an educated person.

But apparently, that is fucking false.

I don’t even know how my brunch conversation with my boyfriend turned to fruits vs. vegetables, but I think it was a little something like this:

ME: “So everyone thinks that tomatoes are a vegetable, but they’re actually a fruit.”

BOYFRIEND: *silently wonders where this is going*

ME: “But I wonder if there are any fruits that are actually vegetables.”

It was like, a Matrix moment. My boyfriend had just informed me that everything I *thought* I knew about fruits and vegetables was a lie, and I was just like, “Woah.”

So it turns out that I learned several things that brunch.

FIRST OF ALL I LEARNED THAT most of the things I think are vegetables are ACTUALLY fruits. STAY WITH ME! If you eat the root, it’s a vegetable. If the thing you’re eating isn’t the root of the plant, then it’s probably a fruit.

Breathe deep. Are you okay?

So to clarify: carrots and onions and potatoes are vegetables. Tomatoes and zucchini and cucumbers are fruits.

ME: So are green beans still a vegetable?

BOYFRIEND: … Legumes are their own thing.

WHICH BRINGS ME TO THE SECOND THING THAT I LEARNED.

You know, I thought of myself as being a pretty educated, fairly smart individual. Someone who knows a lot about the world, has a good head on her shoulders, and would never say anything awkwardly stupid on reality television.

ME: At least…like…tell me when you learned all this. About fruits and vegetables. Like, tell me you just read about this so I don’t feel like an idiot for not knowing.

BOYFRIEND: *as gently as a human being can say the following unlikely phrase* I learned about fruits and vegetables in seventh grade.

Fuck. So, you know what? This was a humbling moment and a learning experience for me. Both about fruits and vegetables, and the limits of my supposed intelligence. This whole experience happened a week ago — a week ago — and I’m only just now coming to terms with the fact that I’m completely ignorant about fruit. And that’s ok. I’m okay with it. I’m not going to let this moment in time destroy me, or deflate the sense of self-esteem I’d carefully built around my belief in myself as an educated person with a nominal amount of street sense. Everybody has “blind spots,” right? And what is life, if not the pursuit of learning new things every day, and constantly challenging your perceptions of the world around you?

Though I admit, it is hard to come to grips with zucchini as a fruit.