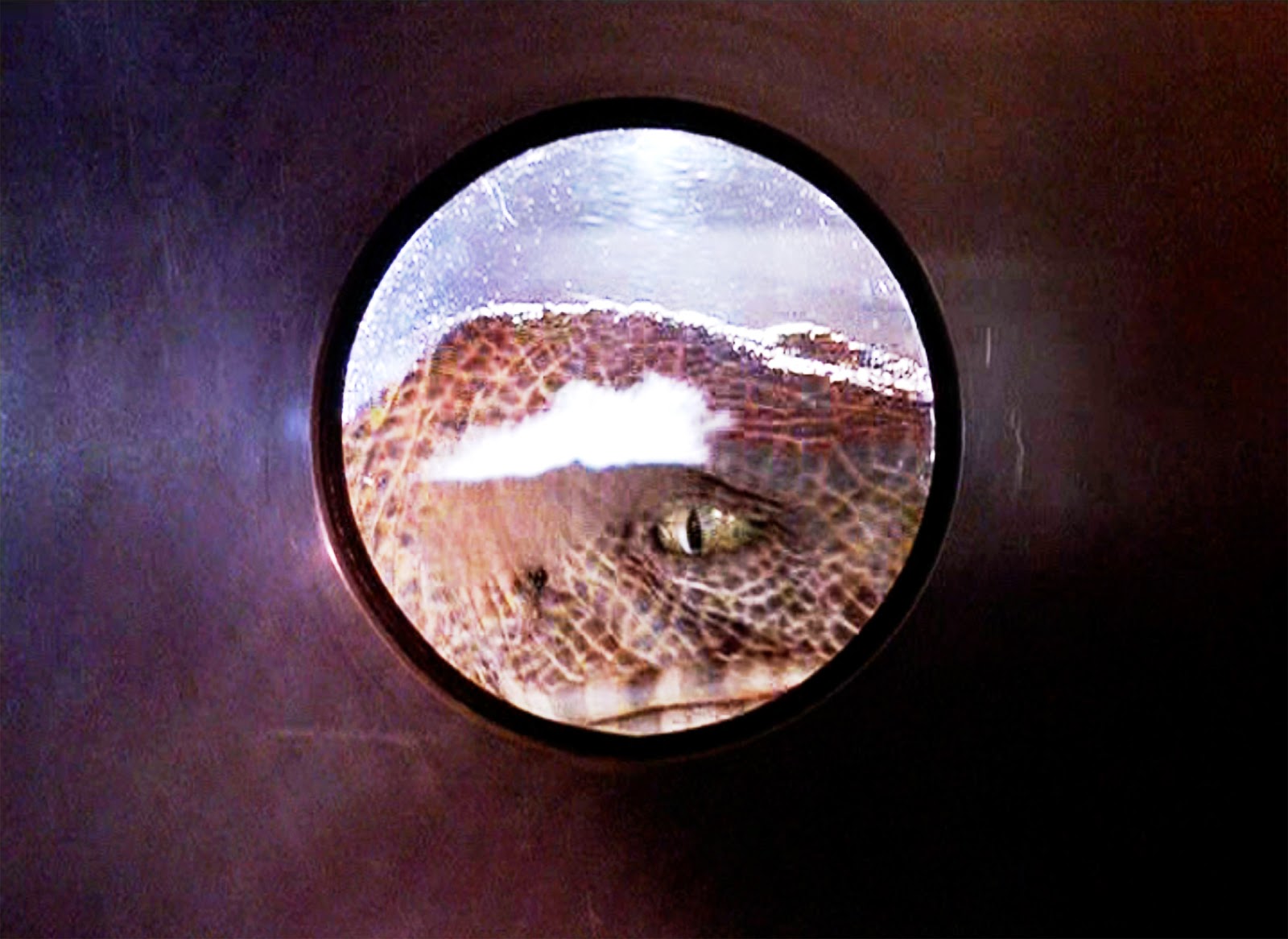 New York City is a diverse, fascinating place to live. You never know who you’re going to meet! And one’s own neighborhood can be a thrilling opportunity to get to know people from all sorts of exotic cultures. Why, take a look at my new neighbors!

Just a few months ago, some new neighbors moved in directly below us. Now, it’s only been a few months, so we haven’t actually crossed paths in the hallway yet, which means we’ve yet to form the customary nodding acquaintance. But what I do know from living above them for lo these past few months will shock and amaze you!

My new neighbors are baby velociraptors! Yes, it’s true! They must have moved here from Jurassic World — very clever of them, I should say. Based on the amount of stomping and running I can hear through my floors, they must be very young and very excited about living in such a hip neighborhood of Brooklyn! Me, too! We probably have a lot in common.

Now, I don’t speak much velociraptor — I can read it a little, and I know some phrases — so I don’t want to jump to conclusions, but. I think there’s some roommate drama going on downstairs. What roommates don’t have drama? I base this off the volume and frequency of screeching that I hear whenever I’m home. I’m not eavesdropping, but if a yowl or two is loud enough to pierce through my floorboards, can I be blamed for overhearing? And when someone calls their roommate a “AuuuuughhhheeeeEEEEEEEEEEEEEEEEEEEEEEEEEEEEEEEEE!” you’re going to pay attention. It’s crossed my mind that maybe I should practice a little velociraptor on DuoLingo. Not so I can gossip! Just to be able to follow along. C’mon, who isn’t a little bit curious about their neighbors’ business, hmm? 😉

When I meet my new neighbors face-to-face, I will invite them up to have dinner sometime, but honestly, I will hope that they don’t accept. I wouldn’t begin to know what to cook for velociraptors, and based on the smells of their cooking that waft up into my apartment, it seems as though they only eat gingerbread houses frosted in boiled chicken fat. Hey! This nose knows what it’s talking about, and every evening, I distinctly detect the smell of boiled animal fat and molasses. I have a great sense of smell. Just like a raptor. Look, another thing we have in common!

One of the keys to harmonious living in New York City is tolerance. As much as the incessant screeching and nauseating odors emanating from my new neighbors’ apartments may annoy me, I have resolved to keep an open mind. We welcome all people from all parts of the world, and embrace them as our own. That’s what makes New York city wonderful. As much as we may secretly resent our neighbors for the loud, smelly, or obnoxious habits they bring to our living space, we take pride in knowing that we can coexist with everyone.

Until they blast their shitty dubstep at 3:00 in the morning. Then we call 311 on those assholes.