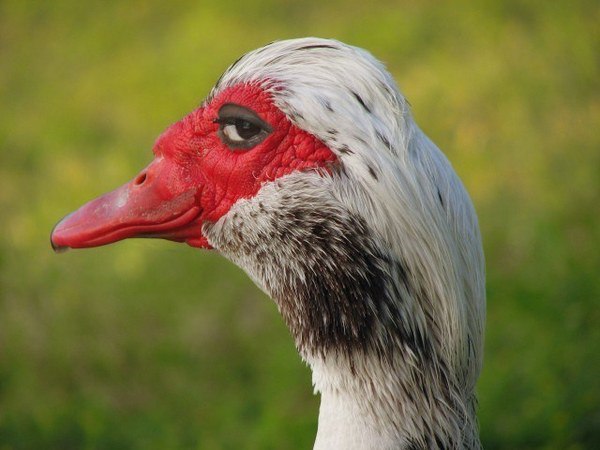 (sexy Muscovy duck via this website, it’s in Russian, I don’t know what it’s called)

We did it, everybody! This week has been hard. Starting on Sunday, when I woke up with my entire arm tingling. I went to the walk-in clinic and left with a prescription for nerve pain meds and a referral to get things checked out (appt’s in mid-June, heavy sigh, hope things don’t get worse between now & then). Well, the meds they gave me “may cause drowsiness,” and I’ve take

Brenda Sierra made her dog Sasha a matching outfit out of spare pieces from her prom dress and it’s basically the cutest prom trio ever.

And sometimes, you just need to remember this:

A Visual Reminder That the Universe Is Really, Really Big — https://t.co/F7RzQKcgCu pic.twitter.com/LNcEZsIt57

Here’s something that probably won’t surprise you in the least: I am a HUGE FAN of The Jersey Shore. I devoured all available seasons of Snooki & JWOWW when I had the chance. I love Nicole Polizzi and Jenni Farley, and this was the week I discovered that they have YOUTUBE CHANNELS! I’ll just leave these videos here. I’m so happy because I’ve been looking for new YouTubers to follow and there are so many *lovely* people who just aren’t high-energy enough to be watchable, but I think that Snooki and Jenni have proven themselves charismatic and entertaining, and their channels are a breath of fresh air. It feels like getting reacquainted with an old friend! I love it!

GET EXCITED, NEW YORK CITY! The Met’s Rei Kawakubo costume exhibit opened YESTERDAY!!! Judging by Rihanna’s look for the Met Ball, this is going to be SO EXCITING. I love the truly outlandish exhibits that really stretch the imagination and showcase thinking about draping cloth on the human body in new and exciting ways. And while you’re there, you need to check out the rooftop, and now I throw you over to Mary “New York Cliché” Lane, whose finger is always on the pulse of Manhattan, and whose blog is what I like to hope my blog could be if my blog was ever going to get good, ya know? She went to visit and TOOK PICTURES, and now I’m really REALLY excited for this summer’s shows!

That’s it for me! I’ve got some ghost tourin’ to do this weekend, and I’m going for a trip to a float tank on Sunday! Call your representatives, and enjoy RuPaul’s Drag Race… while we all still can!