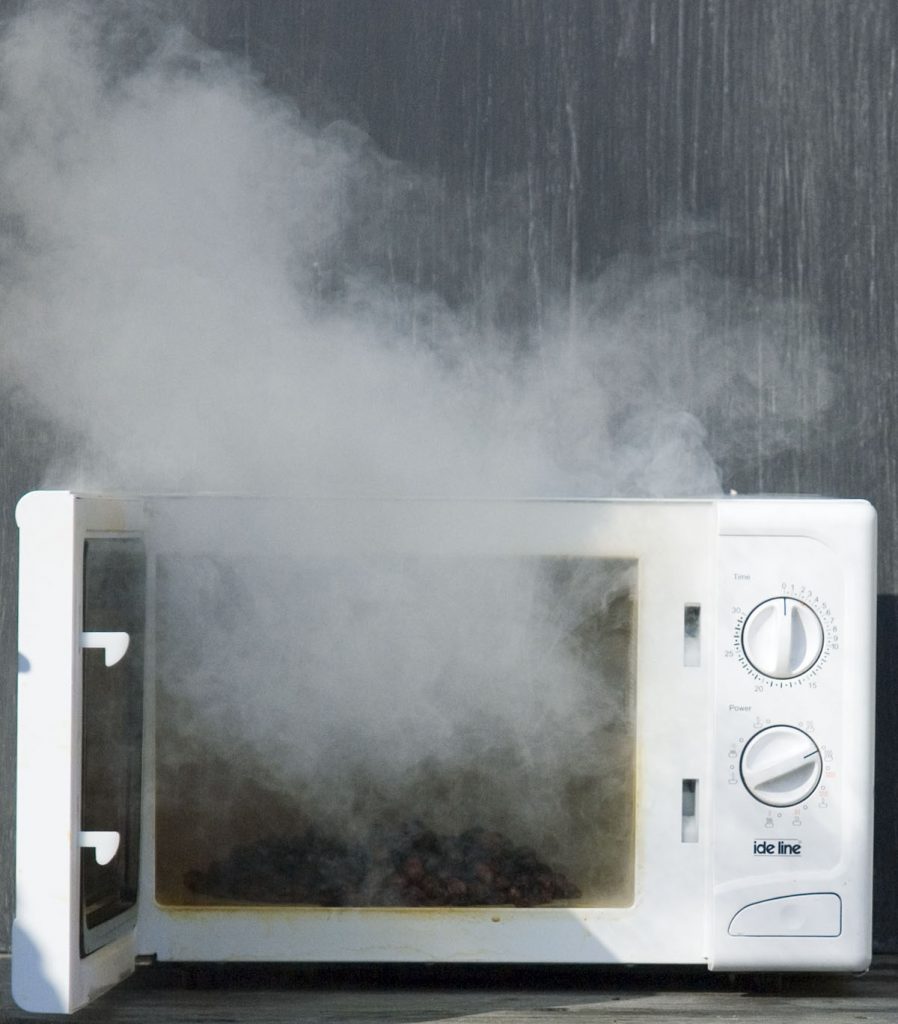 Microwaves are a trendy topic now, thanks to Kellyanne Conway suggesting that Barack Obama used the common household appliance to spy on Donald J. Trump. If you’re a reader who lives outside America who believes in prayer, feel free to pray for us…. NOW.

Everyone who grew up in the last century knows that microwaves are dangerous. If you remember S’NICK, then you probably remember being warned NOT TO STAND IN FRONT OF THE MICROWAVE. Watching one’s popcorn pop was the forbidden fruit, as we were raised to believe that microwaves emit dangerous radiation. Add this to my childhood collection of over-exaggerated fears, alongside “choking” and “killing the Ozone Layer because I stood in front of the open fridge while decided what I wanted to eat.” Kellyanne knows, and has always known, of the vague peril posed to us by microwaves. Combine a latent wariness of microwaves from childhood with a Luddite’s fear of these “newfangled contraptions” and I’m sure it doesn’t take much of a logical jump to conclude that sure, why not. Microwaves have had it out for us all along.

Kellyanne Conway? I haven't heard that name in years. pic.twitter.com/42T6GEsipD

I had a microwave once. I had a very nice microwave, a big ol’ thing that I lugged from Queens to my first Manhattan apartment. It was one of the things I left behind when I moved to my single-gal pad in Harlem, which came with a microwave built-in above the stove. So when I left that apartment, I left that microwave behind. And I haven’t had one since.

Surprisingly, not the leftovers. How does one heat up leftovers without a microwave? The answer is pretty simple, at least for me: YOU DON’T. Cold leftover paella isn’t so bad. Cold leftover French fries? Might even be BETTER that way. Cold leftover quinoa becomes quinoa salad in its afterlife.

No, what I miss is the rice towel.

See, I made one of these in middle school “Home and Careers” class. Which is what they called “Home Economics” in 1997, so it wouldn’t seem outdated. But trust me, it was. We learned how to bake an apple pie and how to use a sewing machine, and that’s pretty much all I remember. I wasn’t so great at the apple pie, but I managed to pull off one of these as a final project. It’s a segmented towel pillow filled with rice, and you heat it up in the microwave for a nice, heavy heating pad. Key component: in the microwave. If there’s another way to do this, I haven’t found it. And… I have looked. Online threads have suggested heating it up in a clothes dryer …as if this New Yorker has access to one of those??! …or in an oven. In a GAS OVEN? That doesn’t seem safe at all!

So what have we learned about microwaves?