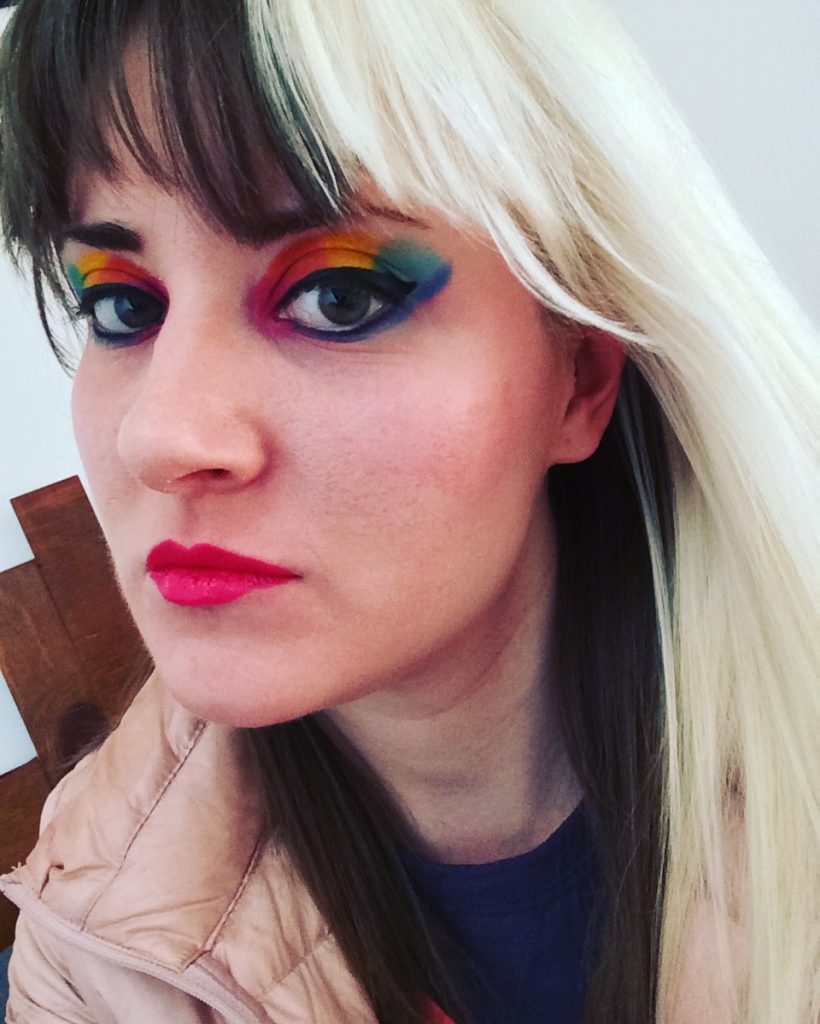 Hey hey hey as I write this for tomorrow I have just found out that the 9th Circuit court D-nied that fuckin’ stupid immigration ban! Suuuuuuuck it, LIBERALS WIN!

Speaking of SNOWFLAKES, we got a shit-ton of snow on Thursday (as in TODAY, as we’ve already established that I am writing this the night beforehand), and it was kind of amazing? I love my kitchen window, which faces out onto a series of backyard spaces and the snow back there never gets tarnished by the usual NYC suspects of plows, cars, and dog pee (and possibly also human pee because LBR let’s be real, New York City, sometimes the Starbucks is closed, if you know what I mean).

Also speaking of “snowflakes” (segue reallll smooth there), I have TWOOOO pieces up on Femnasty this week!

My first one was born out of glitter and happiness after the weekend: “And Sisterhood” Won The Super Bowl! is happy and positive and life-affirming and has lots of videos you’ll want to re-watch as you celebrate our first victory against the Drumpf administration!

My second piece “SNOWFLAKES!” is about how much I hate referring to people as Snowflakes. Surprise twist! It’s worth a read, if only for the GIFs, which could really be said about almost anything I write. I’m a wizard with GIFs. Everyone knows it.

So the weekend is almost here and it’s going to be a great one, I can tell! I’ve got plenty of awesome bits and bobs to share from around the Internet and most of them are cu-u-u-u-ute!

Few things made me happier this week than this:

This is Malcolm. He goes from sneaky tongue slip to flirt wink city in a matter of seconds. 12/10 would hug softly pic.twitter.com/rHwfySggqR

“Flirt Wink City” sounds like a magical place. Maybe I should move there. What’s their government like?

My new Instagram obsession this week is SHILA THE POM. I can’t get enough. I love this video even though the music is cloying because Shila puts up with the whole examination (“Yes, please explore my floof, I think you will find it is quite a healthy floof”) until the vet holds her up in the air and her legs dangle and she’s got this look across her face like “DO NOT WANT TO DANGLE!!!”

Oh my golly gee whiz how much can you relate to PICKLE THE PIG?! I can appreciate the thirst here:

And last but absolutely not least, I know it’s only February but I’m calling it, THIS IS THE BEST TWITTER THREAD OF 2017:

HUGE personal favor, please reply to this with a pic of the kind of dog you would be. Don't flatter urself, be honest. I'll start pic.twitter.com/sMMoewmNV4

You are so, so welcome. Enjoy that, stay warm, bundle up if you go out and have a great weekend!