If the Toy Story franchise made you cry, I’m about to really make you weep — first, by reminding you of all the toys you begged your parents for, and then by ruining your fond memories of them with the tragic backstories you never knew. 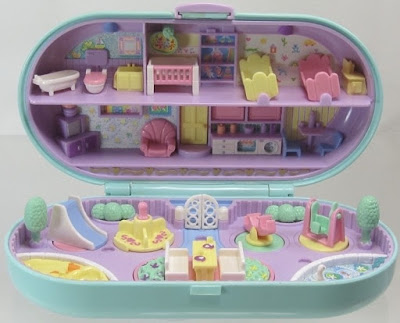 1989 Polly Pocket
In 1982, Chris Wiggs designed a tiny dollhouse in a makeup compact for his daughter, Kate. Seven years later, Bluebird Toys licensed the dolls to sell in stores. Mattel was the distributor for the playsets in the early 90s, when the product was most popular. By 1998, sales had lulled, and Mattel launched a hostile takeover of Bluebird Toys. Mattel also redesigned the dolls to be larger and fully articulated, basically obliterating the original concept. Does Kate feel just the tiniest bit used and betrayed, I wonder? 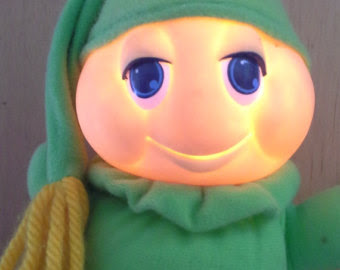 1982 Glo Worm
Glo Worm was a soft toy that lit up when squeezed. Much of Glo Worm’s appeal was providing a comforting night light for children who were afraid of the dark. I’m sorry to inform you that Glo Worm’s plastic head was softened with phthalates, which can be poisonous if swallowed. 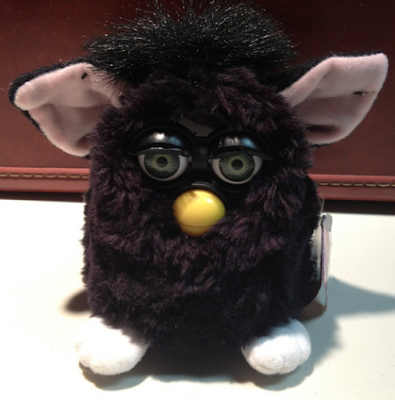 1998 Furby
Bearing a distressing resemblance to the mogwai from Gremlins, Furbies were widely regarded as eerie, even by the standards of children’s toys, because of their propensity for “coming to life” of their own volition and talking in tongues. Many concerned parents called for the removal of these toys from stores’ shelves because they misheard the toys’ gibberish language as swearing. Parents just don’t understand. 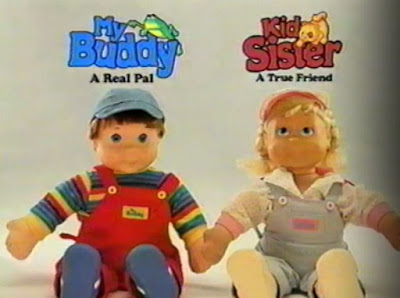 1985 My Buddy/Kid Sister
My Buddy was introduced as a doll for boys, to teach them how to nurture and care for their male friends — a very unpopular concept, even in the 1980s, because TOXIC MASCULINITY. Child’s Play director Tom Holland told XFINITY that the My Buddy doll served as inspiration for Chucky. Duh. 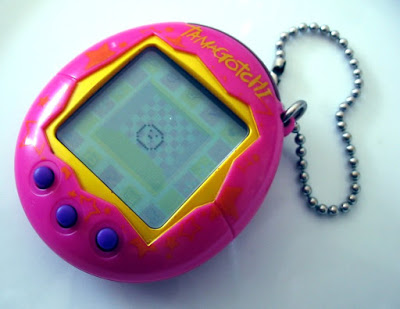 Gen 1 and Gen 2 Tamagotchis would die after less than half a day of neglect, which tethered children to the needy little devices. The care and maintenance of Tamagotchis during class time was deemed a “distraction” by teachers, who banned them from classrooms and schools. Children were forced into a life-and-death conflict between their teachers and their virtual pet. For Millenials, this was the first time we realized that we couldn’t “have it all.” 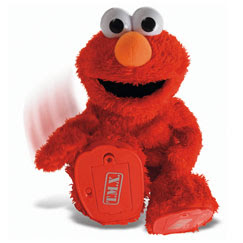 1996 Tickle Me Elmo
After Rosie O’Donnell praised the toy on her talk show in October, Elmo-mania reached a perilous frenzy. There were numerous incidents of toy scalping, one vicious trampling, and two arrests in Chicago when a pair of women fought over the doll. By December, the entire stock of one million Elmo dolls had completely sold out in stores. 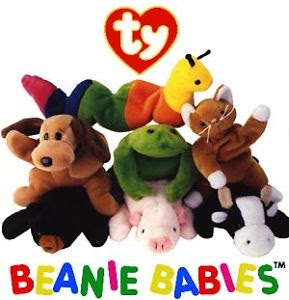 1993 Beanie Babies
At the height of Beanie Baby popularity, which surged in 1995, the rarest toys would resell for 1000% of the original price. The frenzy peaked in 1999, when Jeffrey White shot and killed a coworker over a dispute involving several hundred dollars’ worth of Beanie Babies.

1986 American Girl Dolls
This is a cult.