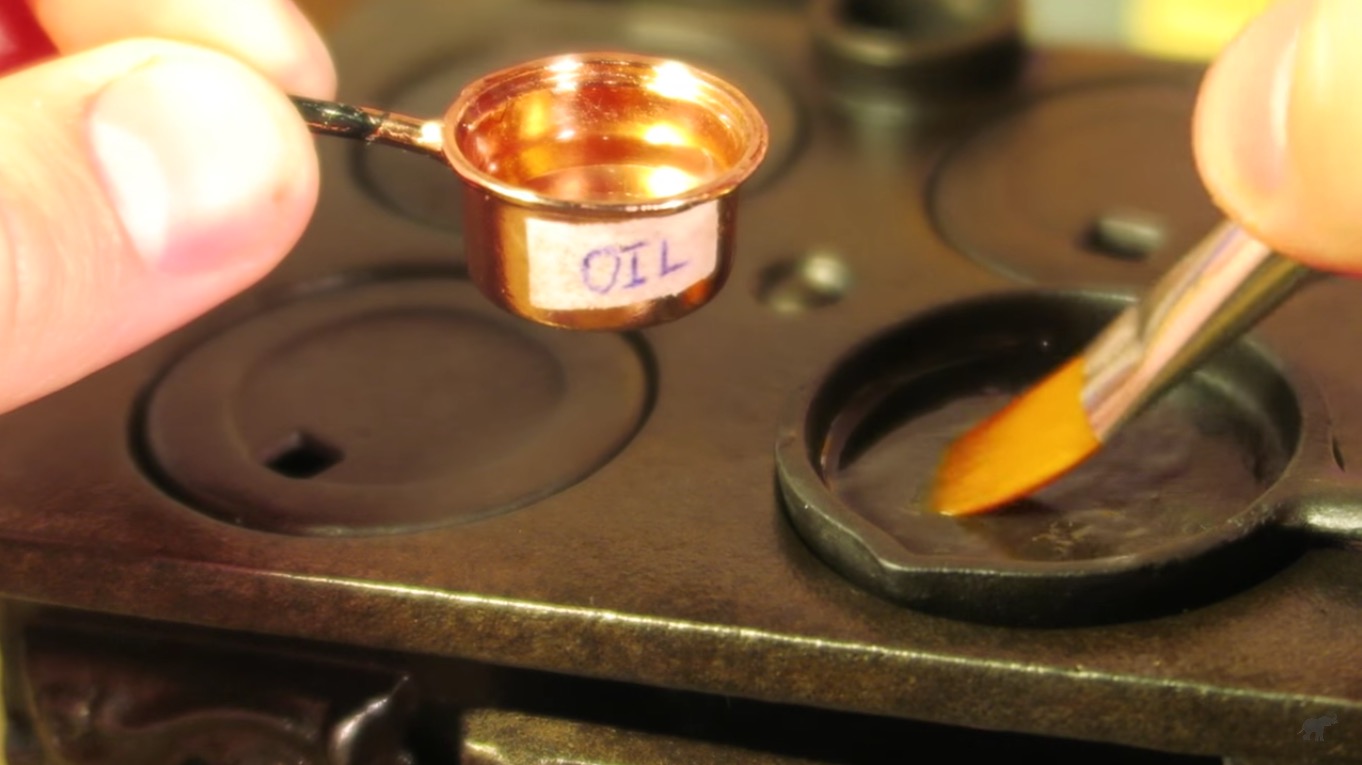 Hold onto your butts, cuz you’re about to lose your SHIT.

My favorite sick day activity has always been napping to The Food Network. Old reruns of Barefoot Contessa and Everyday Italian, with soft elevator music and pleasantly understated hosts, lull you into a gentle slumber faster than you can over-enunciate fettuccine. So you may or may not know that I brought a cold home with me from Burning Man — nothing too serious! Just a case of playa lung, not like pneumonia or anything, so let’s not rule me out of the running for president yet! Well, anyway, while I’m taking it easy and drinking lots of liquids, I have found the perfect cooking show for EVERYONE.

Jay Baron is a muthafuckin artistic genius. His YouTube channel, Walking With Giants, is a cooking show with a twist. Instead of just cooking food, he cooks impossibly tiny food. Holy shit dudes, if you thought it was satisfying to watch Giada chop an onion, wait until you see Jay dicing and impossibly tiny onion.

More than just the fascination of watching someone craft cinnamon buns smaller than pencil erasers, Jay’s videos set the entire scene: a cozy kitchen, a glass of milk, a tiny clock and a warm oven. It’s enough to make you want to shrink down to Polly Pocket size and sit down at Jay’s table to eat his scrumptious little morsels:

The star of the channel is, inarguably, the itty-bitty veggies Jay manages to find somehow. Where TF does he shop for such tiny onions? And how did he find such tiny kitchen utensils? His work is a marvel and a mystery. And doesn’t it make you hungry? Like, just … a little hungry? Cuz he makes little food! Get it? Get it?

And if the smooth soundtrack and soothing chopping, frying, and baking doesn’t make you feel better when you’re sick, maybe you just need a … LITTLE CHICKEN SOUP: