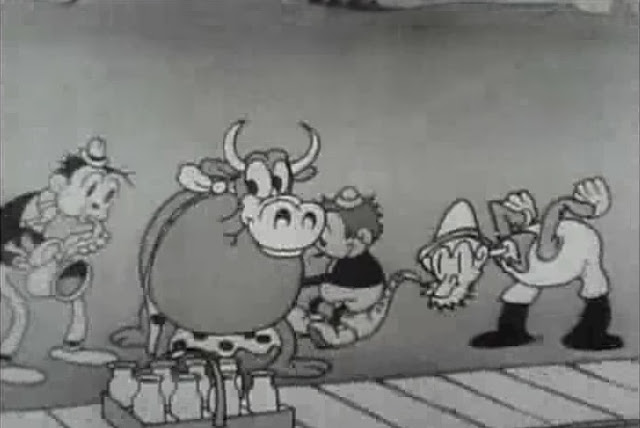 Author’s note:  this story came to me, in full, in a dream.  I have no idea what it means, or if it means anything.  I woke up remembering few details, but felt the punchline was worthy of being shared.  The moral, I think, is that women cannot embrace a liberated attitude towards sex as long as men dominate the conversation about female sexuality.  Partners, parents, and peers.  All characters and events are fictional.

“Things are getting pretty serious with Piglette,” Pig shared, tipping back a beer.

“Well, yeah, I think so,” Pig mumbled into his Coors.

“Yeah, but, you know, there’s double standards about these things,” Chicken squawked.  Chicken was a dick.  To be accurate, he was a cock — as in, a male chicken.  But mainly, he was a dick.

“You’re saying I shouldn’t?” Pig wasn’t sure if he should listen to Chicken or not, but he knew enough to put up a front.

Piglette patted the couch next to her, swirling her glass.  Pig sat down, a respectful distance away.

Pig blushed into his glass of rosé.

Piglette continued: “I think we should go all the way tonight.”

“Yeah…yeah!”  Pig stammered, carefully putting the fragile wine glass on the side table and awkwardly leaning in for a kiss.  Piglette accepted the kiss, then shoved him backwards onto the couch roughly.

Pig woke up to pounding.  The pounding in his head, from drinking too much sweet white wine, and the pounding on his door, which he only realized was not in his head as well when the shouting began.

“Get out here, you pig!” came a throaty yell from outside.  “I’m gonna kill you!”

Chicken was the only cock with the balls to pull a prank like this, Pig thought to himself as he shuffled to the door.  But it wasn’t Chicken.  It was an older pig, with a fisherman’s hat and grey mustache.

“You knocked up my daughter!” Mr. Pig foamed at the mouth.  “Now you’re dead!”

“Whose daughter?” Pig was fuzzy, trying to put the pieces together.

“My daughter!  Piglette!  I know what you did, and now you’re going to take responsibility!” Mr. Pig spat.  “I’m gonna make you PAY for —”

A piercing scream echoed across the barnyard.  It was Piglette.  She was in labor.

Everyone in the barnyard circled around Piglette, wailing in the straw of the barnyard.  Pig began to sweat.  He saw Chicken, over his shoulder, barely concealing his amusement at the proceedings.  Mr. Pig rushed to her side, and Pig followed, unsure of what he should do as she screamed and kicked.

The barnyard fell silent.  Even Piglette.  They stared at the egg.  Mr. Pig coughed — once.

“Well,” he grumbled to himself. “I guess now we know which came first.”