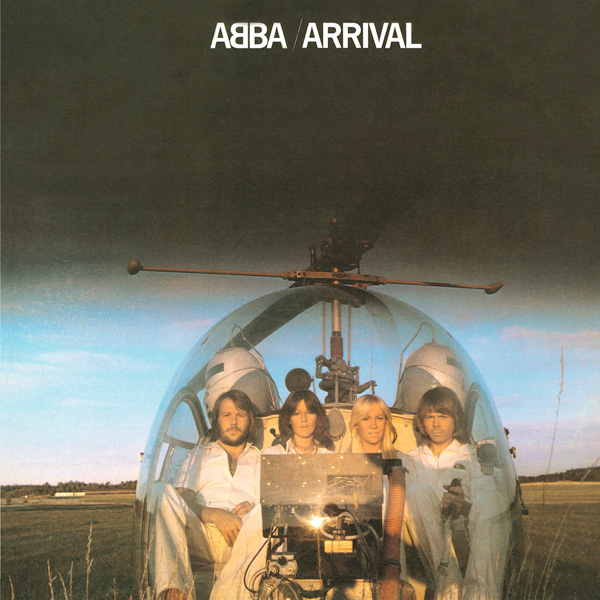 “See that girl, watch that scene/digging the Dancing Queen”
I’m 12 years old and I’ve re-discovered ABBA.  My parents laugh because they have video of toddler-me dancing to “Take A Chance On Me.”  Oh, if there was YouTube in 1989!  But when I rekindle my love of ABBA in 1997, I do my share of dancing.

In 1997, I’ve yet to have a crush on a teacher, so I can’t relate to “When I Kissed The Teacher.”  Maybe this does explain, though, why I seem to always go for the timid, mathy guys.

“My Love, My Life” is dreamy, ethereal ballad about breaking up with a guy named Mitch.  Or, at least I thought so, back in 1997.  “I can hear Mitch passing by, my love, my life” starts the chorus.  As a kid, this song bored me.  As an adult who is capable of Googling the actual lyrics, this song breaks my heart.  Mitch breaks my heart.  “Oh this has been my longest day/sitting here close to you/knowing that maybe tonight we’re through” — the sinking feeling of your love dying and realizing your relationship is over.  Realizing that this song isn’t really about Mitch.

Hell, I was twelve.  I thought “Dum Dum Diddle” was profound.

If any one song reinforced my internalized misogyny and low self-esteem at this age, it was “That’s Me.”  Boasting about being not like other girls, while relishing being undeserving of love.  Whoof.  “I’m jealous, and I’m proud/if you hurt my feelings I cry out loud.”  Yeah, #NotLikeOtherGirls cry out loud when their feelings are hurt, and then shrug it off like “That’s Me”!  Uh huh.

IMHO, the album standout was always “Why Did It Have To Be Me?”  Lead vocals by Bjorn and Frida, so we get a rare break from Agnetha’s usual airy strainings.  I always rooted for Frida, as the non-blonde of the group.  I felt that her face had more expression while singing, and I still watch videos of this song being performed live when I need a pick-me-up:

Is ABBA kind of punk here?  As punk, I guess, as ABBA gets.  After our departure into dirty, gritty rock, we have our “Arrival.”  An almost completely instrumental number (unless you count “AHHHH” as lyrics), I listened to “Arrival” and thought, “this is what it sounds like when your plane lands in Sweden, naturally.”

ABBA is one of the highest-grossing musical acts of all time, which is hard to comprehend when you hear “Tiger” — a song that may be laden with sexual innuendo, but seem like it lends itself better to a ballet recital for five-year-olds.  Can you just see the damn costumes?  Little tigers in leotards and face paint, running around onstage, forgetting their choreography?

ABBA was engineered for dancing.  Say what you will about their lyrics (as Dorothy Parker would say, “if you don’t have anything nice to say…”), their music is fucking danceable.  The opening piano slide of “Dancing Queen” comes over a loudspeaker and you are transported to the Land of Compulsory Dance.  In 1997, I didn’t really understand “Friday night and the lights are low/Looking out for a place to go,” but I had recently been introduced to Middle School Dances, and they were what I lived for.  Every month, for $2, you could go to the gym — which was the place where nightmares come to be made during the daytime — on a Friday night and the lights would all be turned off…hmmm…and stake out a claim of territory with your friends near the DJ booth.  The sweet old man spinning records was kind enough to take requests, to ensure they play the right music…huh.  The night was young, and the music…hurt your ears!  And then you get the chance…to let go.

These dances were my everything.  I had not yet learned to be ashamed of my body, a shame that would rob me of my joy in dance for the next couple decades of my life, no, but that would come soon enough.  For now, my only responsibility (having paid my $2 at the door) was to spin, twirl, shake and high-kick my way through two hours of music without stopping.  I developed a bit of a reputation as the shy, quiet girl who could really dance.  I turned down partner offers — partly because I was terrified of boys at this age, and also because they’d only slow me down!  I was a solo act, baby.  A Star.  A Supernova.  I was the Dancing Queen.