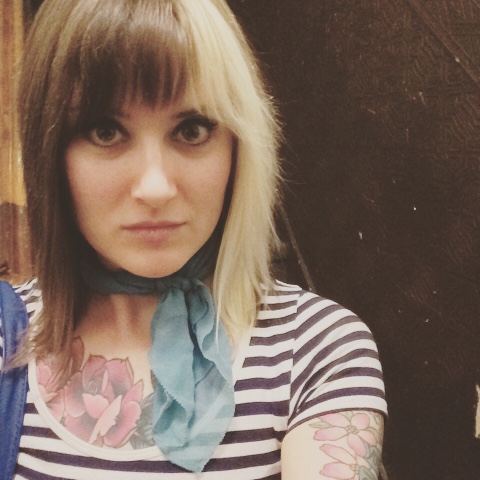 So I’m looking at that exclamation point thinking, “maybe that looks just a little too happy.”  But this picture pretty much communicates how I truly feel about this weather lately.  I want to point out that this picture was taken in the doorway of my building on Thursday, and I went out to Happy Hour in a t-shirt, a midi-length skirt, and the only scarf on my neck was chiffon!  The very next night (last night, if you’re keeping track) on my tour I was wearing the World’s Largest Hoodie and totally freezing.  What the frozen, weather?  Totally uncalled for.

This week sped by so fast!  The end of October is always the busiest time for me, what with the Halloween and the Ghost Tours and all that good, normal stuff.  Highlight reel!

– I’ve been helping a friend out with his work, so that’s been keeping me on my toes and forcing me to learn all sorts of new things about the Constitution!  I feel like such a better American now.

– I had a gyno appointment this week and, even though I was super nervous (it was my second one EVER), I got a thumbs-up clean bill of health!  My blood pressure was a little high, she said, but maybe that’s because I was absolutely terrified of the pap smear – I’d heard so much about how bad it was gonna be, but it was literally over in two seconds and I didn’t even notice.  The most uncomfortable bit was the blood pressure cuff!!!  Hmmm, interesting…

– I went to a comedy show in the middle of the week and there was a two-drink minimum.  When I came home, I was drunk as hell and making jokes about my alcohol tolerance and my friends said that I should give standup a try!  So, that’s my next project:  find an open mic, and give it a whirl.  THEY HAVE TO COME LAUGH, they got me into this mess.

– Next week is Halloweek!!!  Yeah, I made a portmanteau, it’s that big of a deal!  I’m so excited for more tours, more horror, MORE CANDY!  I’m hoping to get to really enjoy it this year, instead of past years when I’ve been burning the candle at both ends and just had to focus on survival!!

So that’s what’s up with me.  What’s up with you?  I really wanna know!  Also, where do you stand on costumes:  would you dress up funny, or scary?  My favourite costume idea so far is the “Cat Call” – your basic all-black with cat ears, and a large phone you carry around and just shout “HEY BABY” at people all night.  I may make that happen.  What do you think?