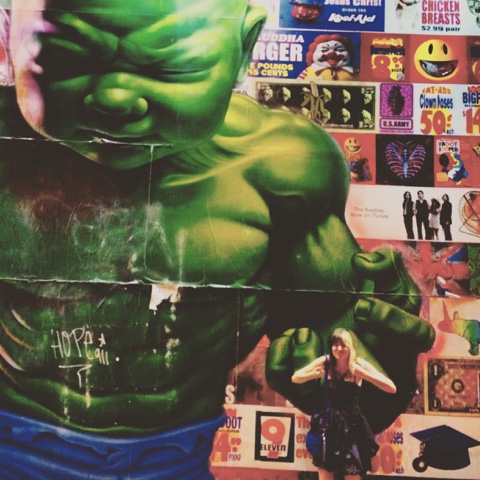 New York!  You can live here for years, and still have no idea what’s happening.  It’s been almost seven years for me, and I can’t begin to tell you why it’s so weird.

Take yesterday night in SoHo, for instance.  I was all dressed up to go to a gallery (yeah!  New York life!) and walking down Spring Street when out of nowhere, I hear someone hock a loogie – a huge, deep, wet and juicy loogie – and spit one foot behind me.

DID I JUST GET SPAT ON?  My mind raced.  I wheeled around to confront the culprit, to find the only person near enough to me on the sidewalk was a short-statured, meticulously-dressed young man about my age.  He wore a blue button-down shirt tucked neatly into khakis, leather messenger bag/briefcase and his hair was gelled neatly into place.

I affixed him with a glare of disgust, then turned back to my walk.  Not five seconds later, he had sped his gait to match mine, and we were walking side-by-side.

Without even looking in his direction, I summoned up an icy tone to chill the August smolder:

“Okay,” and The Loogmeister sped up and away and was gone down the street to peer in the window of a closed lampshade store.

HELP ME.  What just happened there?  Was this guy drunk?  Was he trying to pick me up?  I should add that my boyfriend, who has been here 15 years, also had no idea what was going on there.

New York, sometimes your surprises are horrible.  And sometimes, they can be amazing: 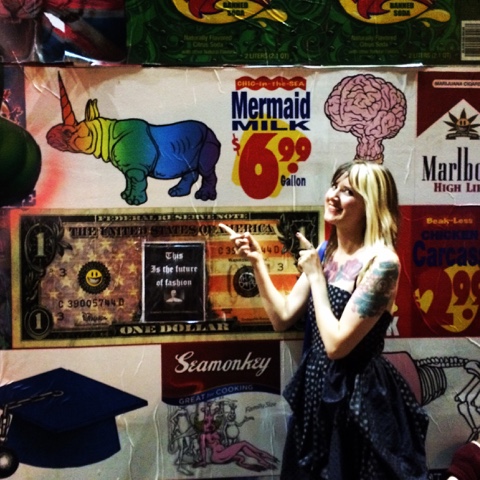