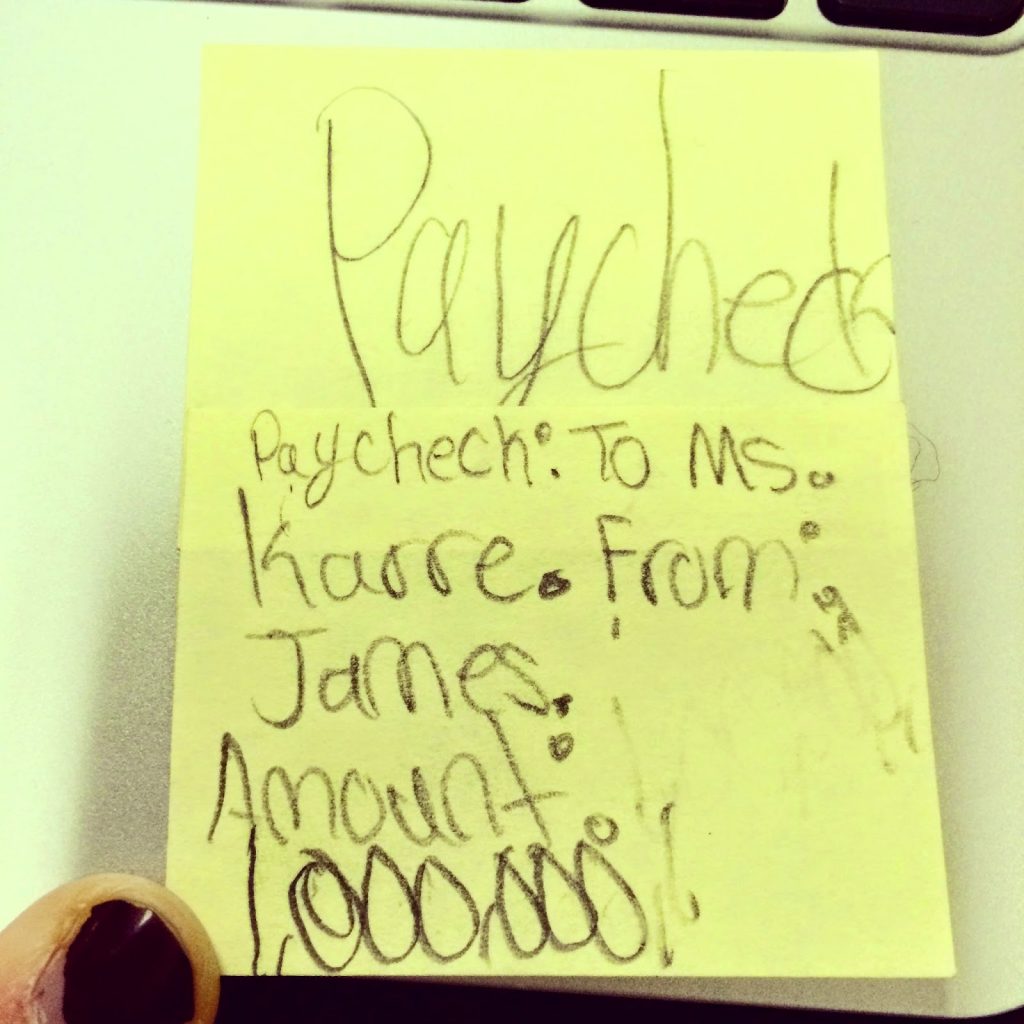 For when you realize that not only is this job paying you a pittance, but it’s actually costing you more money to work than not.

The afternoon after the pop quiz, it became apparent that one of the kids who refuses to write essays for me in class is a BIG FIREY-PANTS LIAR.  When all the other kids gamely suffered though a single paragraph filled with errors, he turned in a THREE-PAGE OPUS in six neatly-formatted paragraphs, with 2x the direct quotes from the text and and introduction AND A CONCLUSION (!!!) that were, for lack of a better word, SO CUTE.  Not only was the essay flawless, it went above and beyond the criteria, reflected creativity, and showed talent and composure under the time constraints of the pop quiz.

After passing it around to the whole faculty to read, we covered it in stickers and I snuck down to the basement to meet the student between his last two classes to return his paper.  I took him to a quiet corner and informed him,  “I just graded your quiz from this morning…”

His eyes grew wide and cold as he visibly steeled himself for the bad news.

“YOU GOT THE HIGHEST GRADE IN THE CLASS!”

He grabbed the paper from my hands to closer inspect the 10/10 on top, the “You’re Tops!” sticker, the frog with googly eyes sticker, the “WOW!” I’d writted in pink marker.

Then, he foisted his quiz above his head, and silently launched into a victory lap of the basement while I rolled on the floor laughing.  He came back around for the high-five, the rebound, and this warning:

“You still owe me last week’s essay.  Now that I know you’re the best writer in school, I expect it to be just like this one – better than the original text itself!  Someday you’ll be writing texts for us to teach!  Now get to class.  Give that to your mom.  Tell her to put it on the fridge.  Happy Valentine’s Day.” 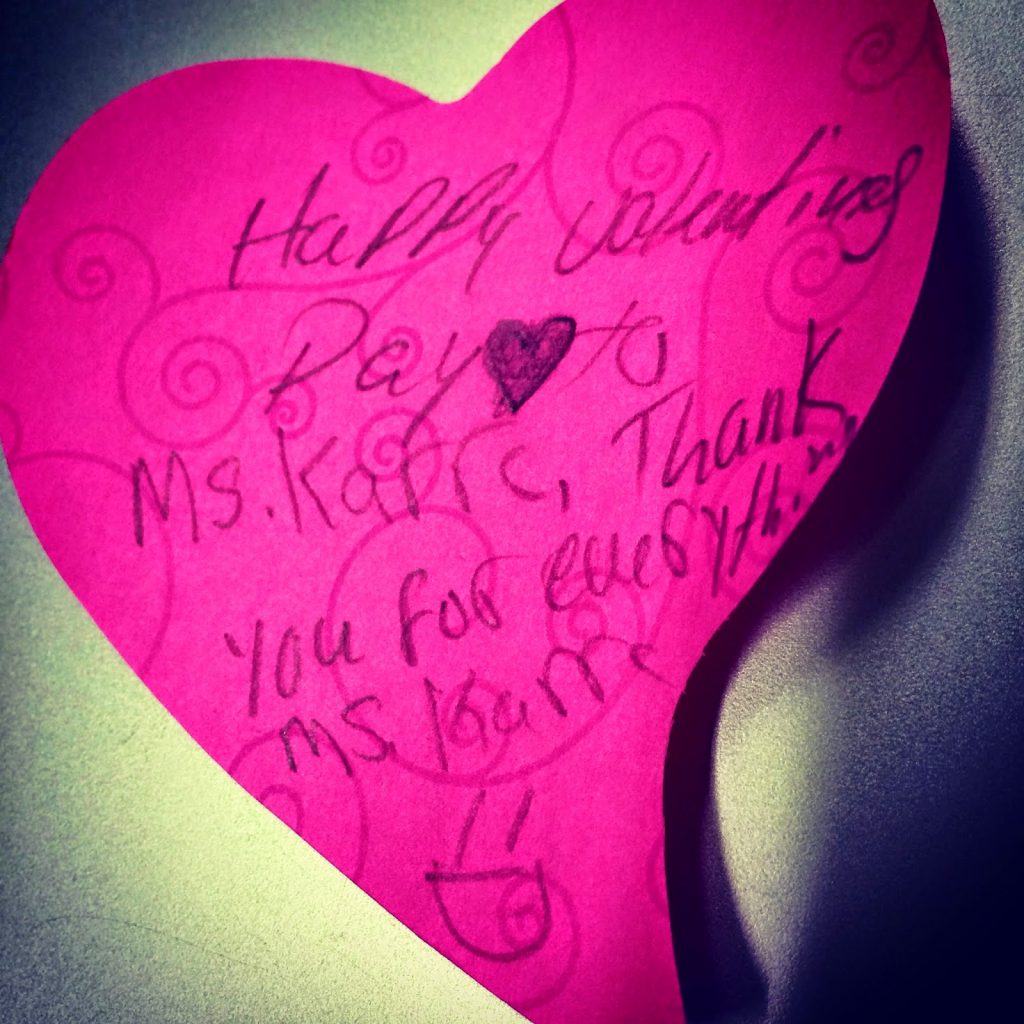