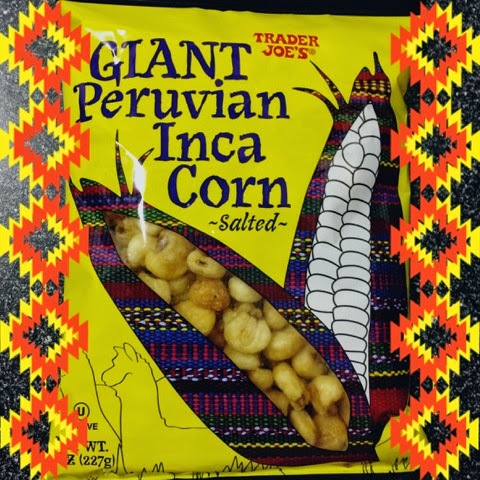 Trader Joe’s GIANT Peruvian Inca Corn
Tastes Like:  trying to put a name to this flavor was a real head-scratcher.  My roommate said they taste like corn Pops, only salty instead of sweet.  They have a kernally crunch to them, though, that’s hard to describe.  They’re hard at the inside, flaky on the outside, and immediately made me think of “growth-ray” unpopped popcorn.  I hope that was helpful.

Great With:  cupboards.  The expiration date on these puppies is over a year from the date I bought them, so they’re a cool snack to have on hand.  They do, warning’s fair, get stale rather quickly after opening unless put in a sealed bag.

Perfect For:  a crunchy chili or casserole topping!  I could see throwing these on top of a bowl of vegan chili for a big pop and unexpected crunch!  The obvious answer is “movie nights, as an alternative to popcorn.”

Must Know:  I couldn’t find any evidence of gluten or animal products on these, so I’m assuming (dangerous!) that they’re safe.  They’re also kosher!

Costs:  $1.79 for a whole bag of these angels!  This bag looked small to me, but they’re big and frankly, take a long time to chew, so it lasted longer than I expected.  I can’t imagine two people sharing could even polish off a whole bag of these, so just know that even though the bag appears small, it is mightier than it seems.  I mean, we all know that great things come in small packages! 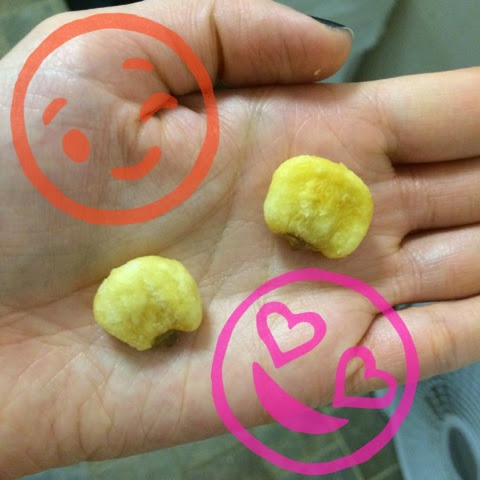