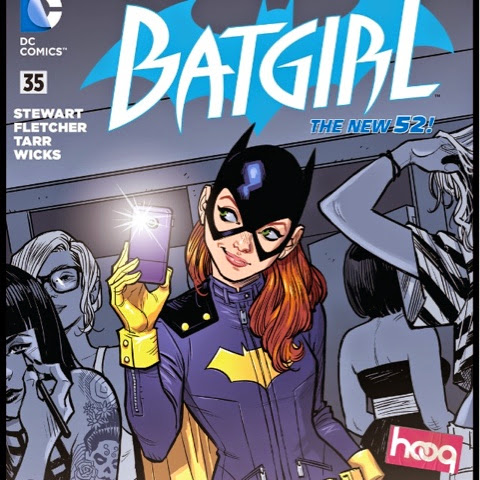 I know I’m tardy to the party here, but I just – *just* got my hands on Batgirl #35 – the now infamous “new Batgirl” – and am desperate to have discussion about it.  See, I have two friends – both dudes – one who hated it and the other liked it.  I’m inclined to say I’m with the latter camp, even though I have some strong feelings… 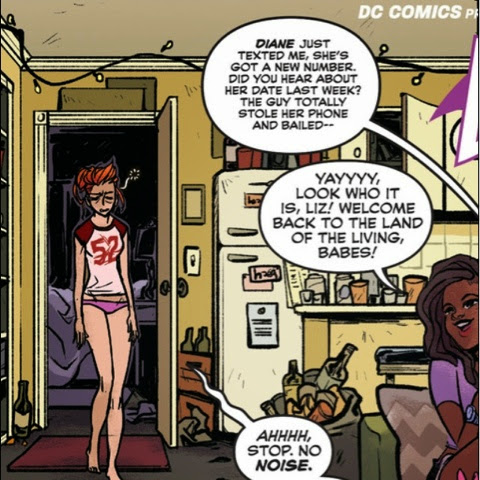 Friend who hated it couldn’t get over Babs in her undies in this scene.  I can see both sides:  yes, it’s gratuitous underwear shots, she could just as easily have been wearing ratty sweatpants when she awoke from her slumber!  On the other hand, this is pretty much the reality of roommates. 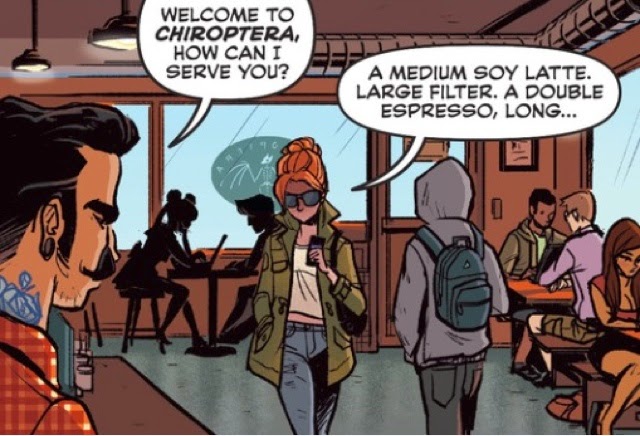 This scene totally captured my heart.  The way Babs is drawn, the detail on the barista (plugs and moustache and neck tattoo?  sooooo Brooklyn), even SAILOR MOON on her laptop in the background!  This might be my favourite panel of the issue. 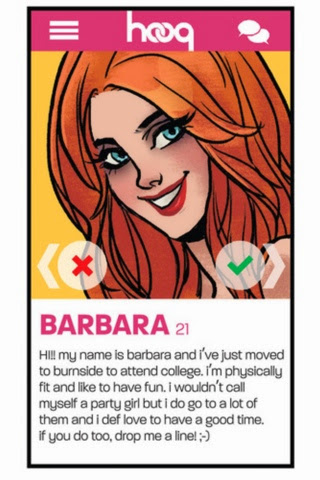 Ugh.  And this was my least favourite.  I know she’s going undercover to catch a bad guy, but OUCH.  I’m hoping that’s the intention:  to make the reader cringe.  Barbara Gordon, you have sunk so low.

Overall, I thought the art was charming, the story was interesting, the way the issue was laid out was clever and speedy and fun and I’m excited to read more.  What does everybody else think?