As I lay awake in bed at night, I think of ice cream recipes to try.  I’m not kidding. This one came to me as I woke from a blissful and restful slumber one Sunday morning.  I thought, “How could I make the ultimate coffee flavored ice cream?” 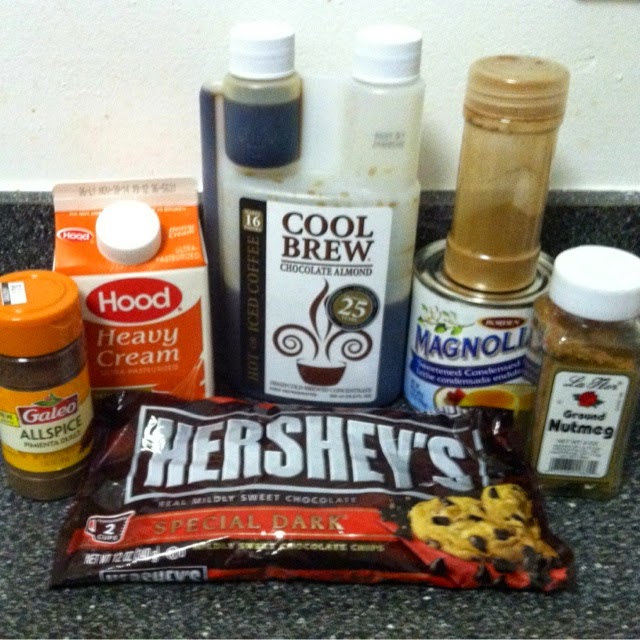 The lineup:
1 pint of heavy cream
1 can of sweetened condensed milk
1 oz of cold brew coffee concentrate
2 Tbsps cinnamon
dash of nutmeg
dash of allspice
1 bag of dark chocolate chips
Dump everything but the chips into a big glass mixing bowl and beat it beat it beat it beat it until it folds, but stop before it peaks.  Gently fold in the bag of however many chocolate chips are left after you’ve taste-tested them to make sure they aren’t poisoned.  I sprinkled a few on top so it would look pretty: 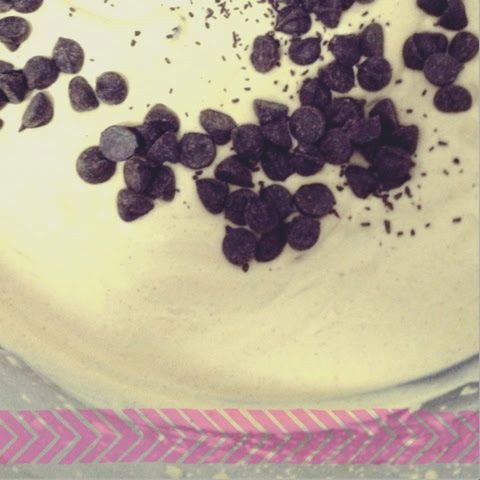 The result?  A lot like a more-solid frappuccino from a popular coffee-beverage chain, actually. As such, I decided it needed a crosshatched-drizzle on top: 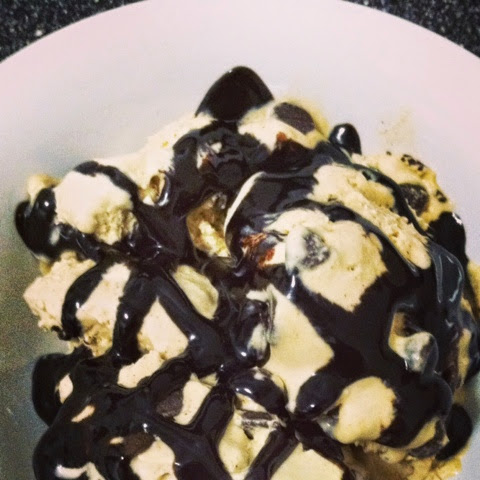 It also smacks of eating raw cookie dough, but perhaps that’s just the chocolate chips playing with my brain!  It also gave me the idea to add other things to coffee ice cream in the future:  coconut, almond slivers, (smaller chocolate chips), a whole new world!

What would you “spike” your coffee ice cream with?