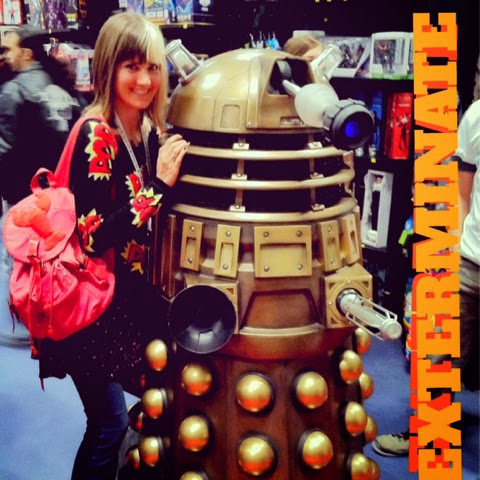 So on Saturday at NYCC 2014 my friend dressed up as Ragdoll from Secret Six.  I spent a good part of the day taking photographs of his awesome cosplay and of getting his mask signed by Gail Simone – who confirmed NEW SECRET SIX STARTING IN DECEMBER!  At least we have something to look forward to!

In addition to my old friend, I made some new ones: 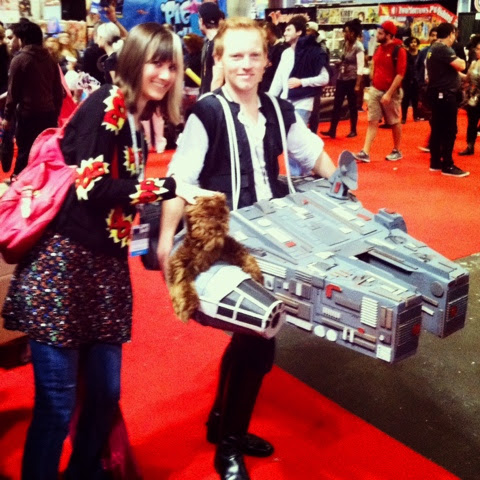 REMINDER:  cosplay is not consent.  Always ask before you pet someone’s Wookie.  THIS guy was THE BEST Han Solo of ALL time.  His Millenium Falcon was made entirely out of corrugated cardboard and the textures and layering of it was ingenious.  The back of it LIT UP and it had several compartments (for phone and snacks, etc!).  He said it took MONTHS and it was well worth it!  Great job! 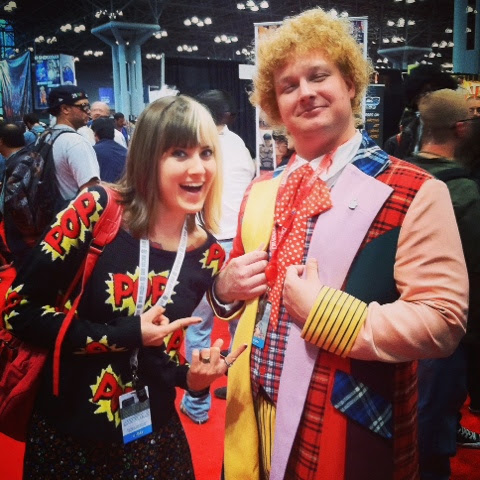 THIS guy RIGHT HERE totally nailed his Colin Baker Sixth Doctor costume.  It was almost like Colin Baker had hopped in the TARDIS and driven it to Earth, New York City, Javits Center for NYCC 2014 just to rub elbows with his fans with, yeah, is totally something Colin Baker would do.  He was such a nice guy as well! 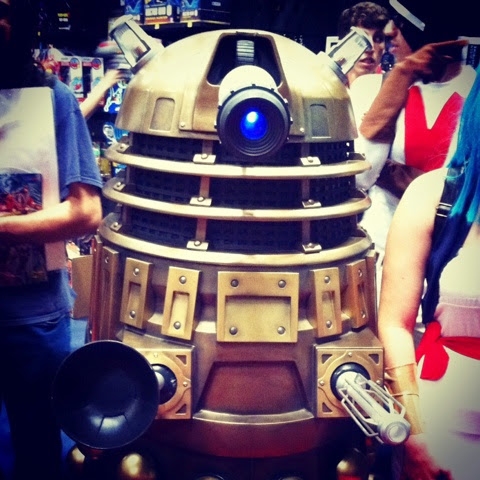 And of course, you’ve already seen this guy!  He was AMAZING!  He moved and talked and was just like real.  I got to touch him and pose on him and I loved it!  As close to owning a Dalek as…as…as you should probably get because they’re insane and terribly dangerous.