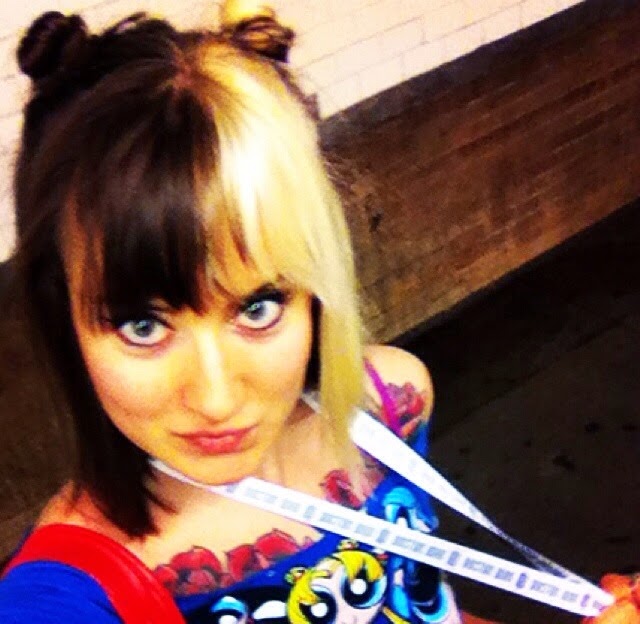 Friday morning I was all set to get to NYCC2014 bright and early when disaster struck! A water main broke on my subway line – where’s Aquaman when you actually NEED him? – and I wound up missing the only panel I really wanted to see that day.  It took a while for the pieces to fall together… 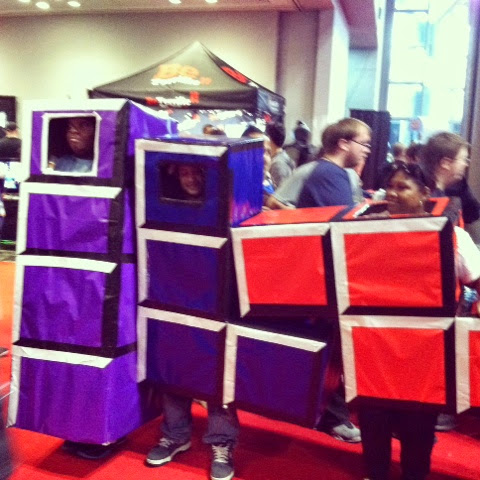 hah hah hah.
But once they did, I was literally squealing with delight to finally have arrived at ComicCon! 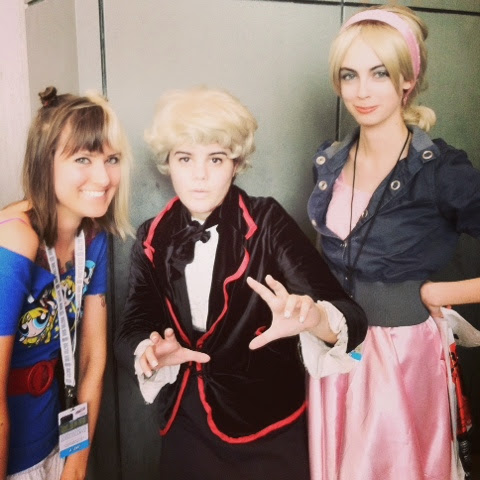 There were so many totally kick-ass costumes…this pair had dressed up as Jon Pertwee, the Third Doctor, and Rose Tyler!   Old meets new!  I think Rose would have been a great companion for Pertwee, actually! 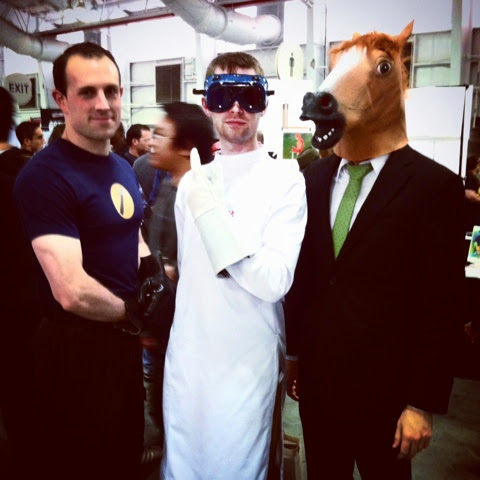 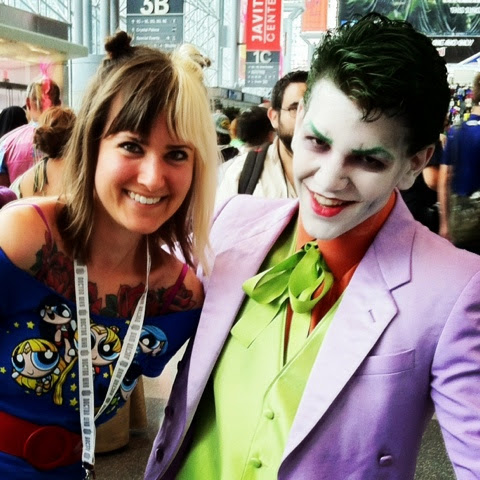 The best Joker at con, in my opinion, was this totally adorable and sweet gentleman who let me pose awkwardly with him.  AWW! 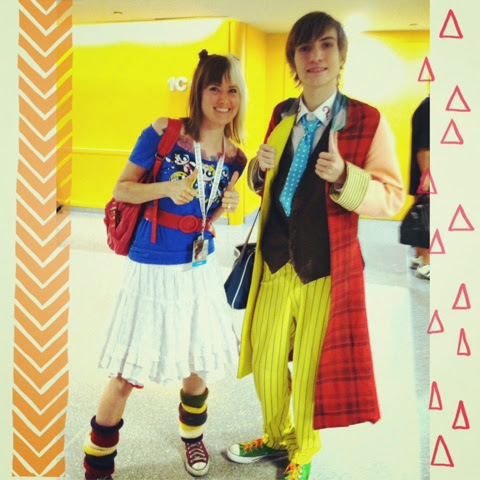 A Colin Baker Sixth Doctor cosplay?  You  betcha!  Hell, even Colin HIMSELF said he didn’t want to wear this outfit.  This cool dude saw my legwarmers and beelined for me, I could barely stammer out how cool his outfit was and ask for a picture.
But the boldest costume of the day… 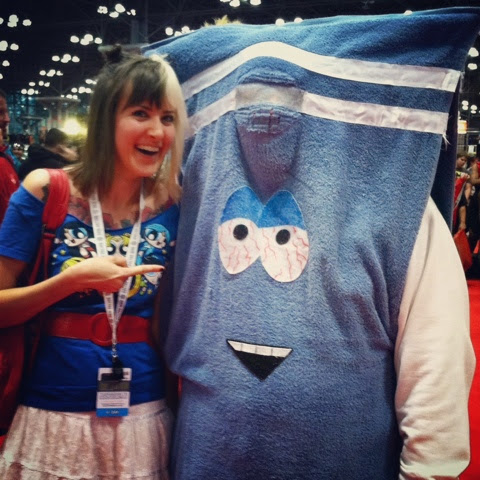 This Towelie stayed in character the WHOLE DAY!  Reminding people to bring a towel, asking if they wanted to get high, and hurling out the catchphrase “You’re a towel!”  Oh, he was great!
I also picked up a couple cool items:  a copy of Jack Kirby’s Street Code, a new tokidoki unicorn for my bookshelf, and an anthology of comic shorts inspired by Queen songs entitled Killer Queen!