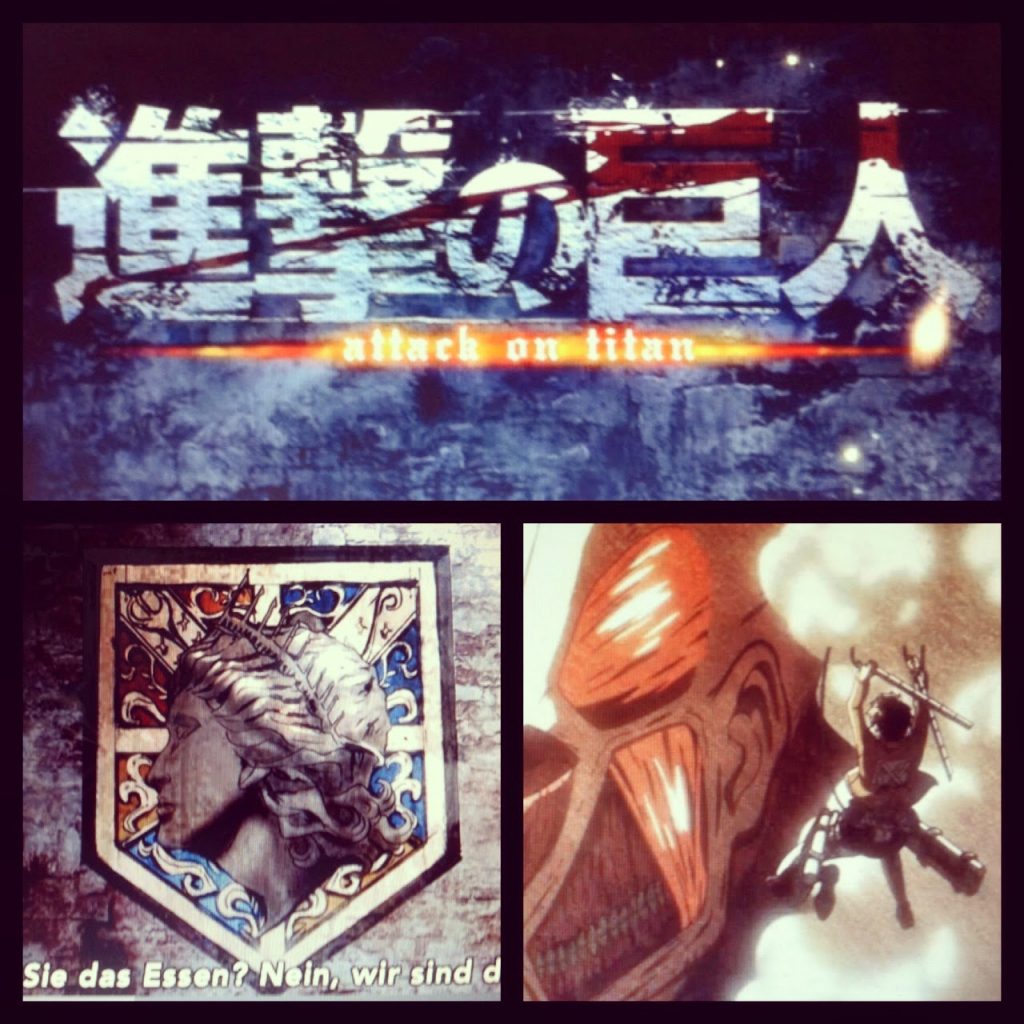 Fair warning:  DO NOT start watching Attack on Titan if you have anything important happening in the next 24 hours.  Because that shit is just not going to happen.

Now I finally understand why NYCC ’13 was overrun by cosplayers in white leggings with electrical tape detail and brown leather jackets.  It’s because Attack on Titan is the most thrilling, unnerving, exciting, puzzling, and gruesome anime I’ve seen in YEARS!

Here’s the downside:  until you watch all 25 episodes, you must not talk to your friends.  The ones who have already seen it will give you creepy smiles because they’re trying not to spoil things for you.  The ones who haven’t seen it but might want to you must avoid spoiling critical details while selling them on the show.  Also crucial is avoiding all contact with the internet.  Lockdown mode.  Grab some supplies and hunker down, because once you get to the final three episodes, you aren’t even going to want to get up to pee.  It should be called Attack on Your Social Life because for twelve and a half hours, you won’t have one.

Now the upside:  Attack on Titan is SO DAMN EXCITING!  It’s gonna make you want to:

1.  swing from the trees (like a mobile trapeze)
2.  have fringey sexy anime hair (but really, that’s almost always a given)
3.  scream along with the theme song.

Can we take a minute to talk about the theme song?  It is a GREAT THEME SONG.  Because not only is it what I suppose you can call a “driving rock anthem,” it also explains all the action in very explicit terms.  Really.  Without any spoilers, here’s the song.
You get it now.

Now let’s have a serious talk.  That new Sailor Moon keeps getting delayed.  What else are you going to watch?  Now now, some anime series can drag out for interminable seasons.  This one is only 25 episodes!  Suck it up.  If you don’t fight, you can’t win.  Just watch Attack on Titan.  It’s completely worth the hype…and then some.