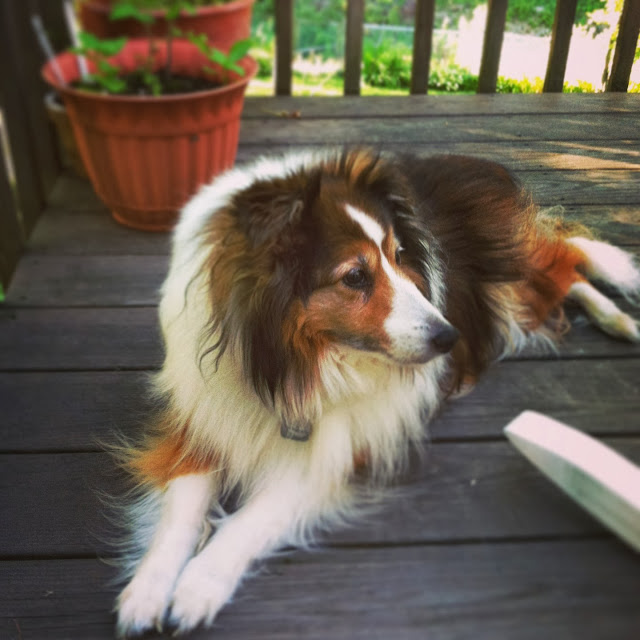 Our beloved family pet of fifteen, no, twenty, no, maybe forty?  years, Charlie a.k.a. Snooty Nose nee Master Charlemagne McTavish is in very poor health.  So we’re all very upset because we all love Charlie.  Everyone loves Charlie!  You love Charlie!  You just didn’t know it yet. 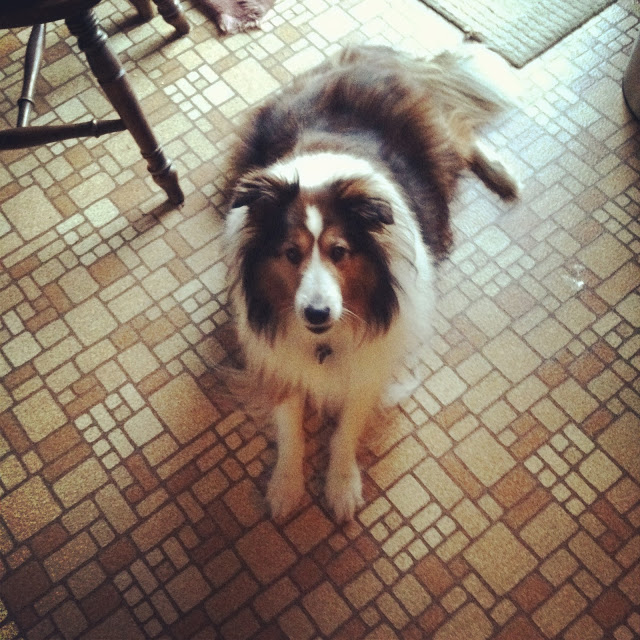 Charlie is, without a doubt, the smartest dog.  He masters tricks faster than we can think of new ones to teach him.  Sit, fetch, lie down, roll over, speak, speak louder, beg, etc.  At one point, we decided to try to teach him how to read. 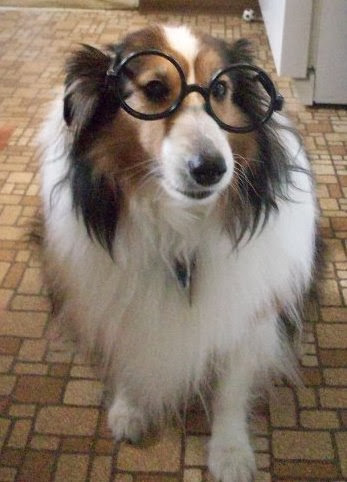 He’s got a couple words down, but his vocabulary is limited.  But then, he is a dog. 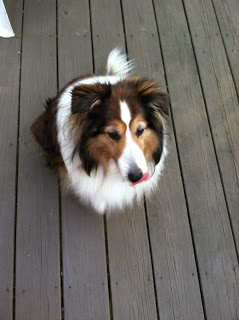 But you’d better reward him if you want a show:  he hates “performing” for free.  Almost as much as he hates being embarassed.

I never knew a dog to have such an ego.  Charlie hates anything undignified.  Being brushed.  Being examined by the vet (he won’t look you in the eyes for days afterward).  Being bathed.  But then, so would you if you went from this: 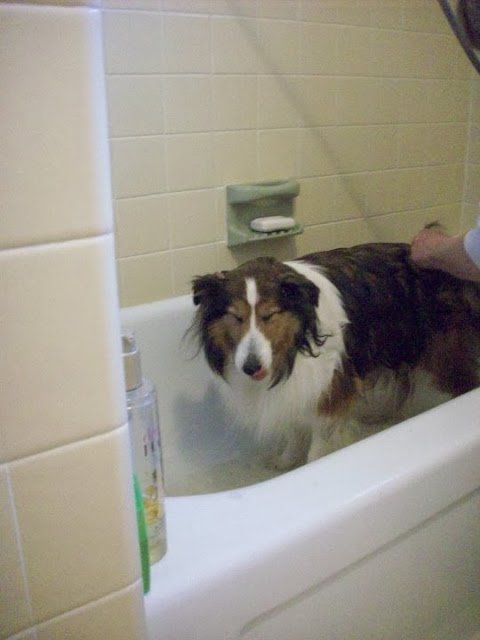 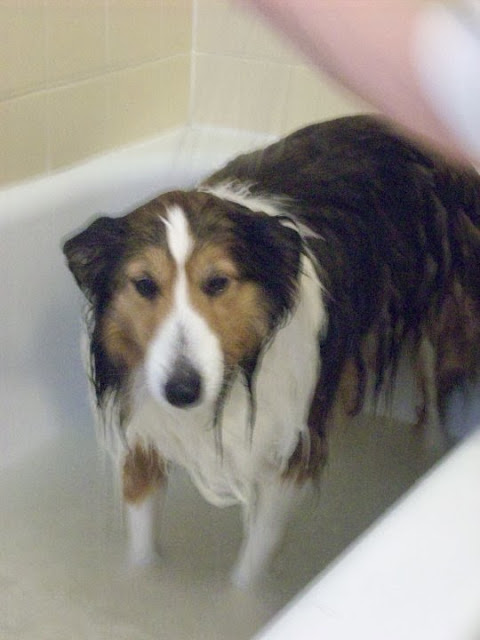 Oh, and he doesn’t like having his photograph taken either.  You have to sneak up on him if you want a picture.  I believe this all dates back to this one unfortunate snapshot I found from the late 90’s: 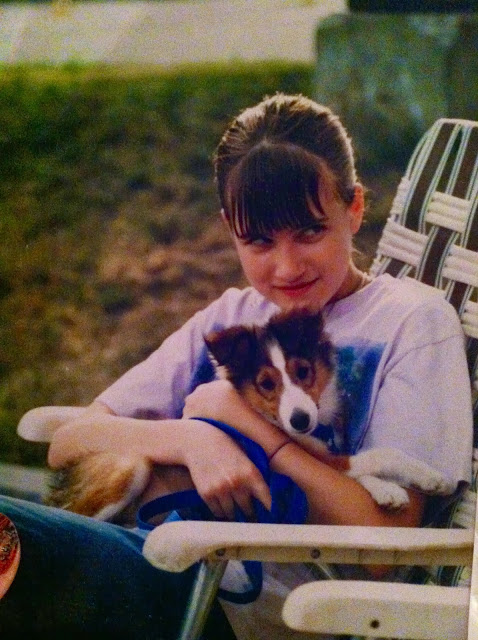 Once you co-star in a nightmare like that, you kinda shy away from the paparazzi forever. 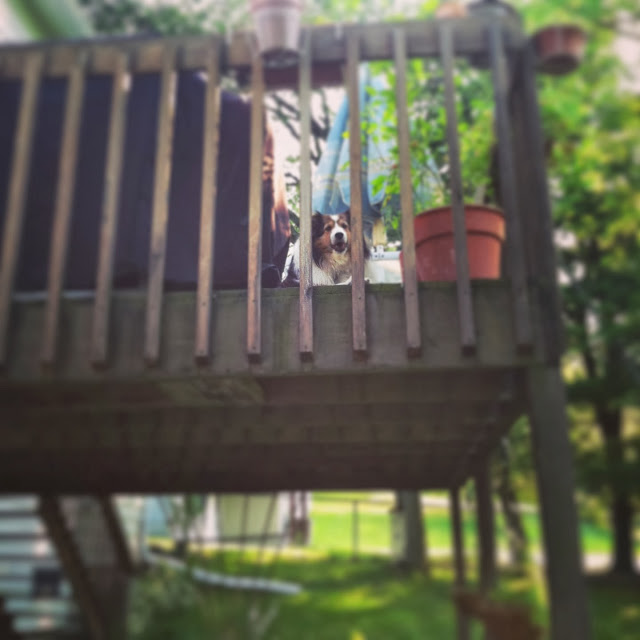 But despite his grumpy-old-man demeanor, Charlie is gentle and generally pleasant.  He has amassed a loving family, caring friends, and his fair share of admirers over the years. 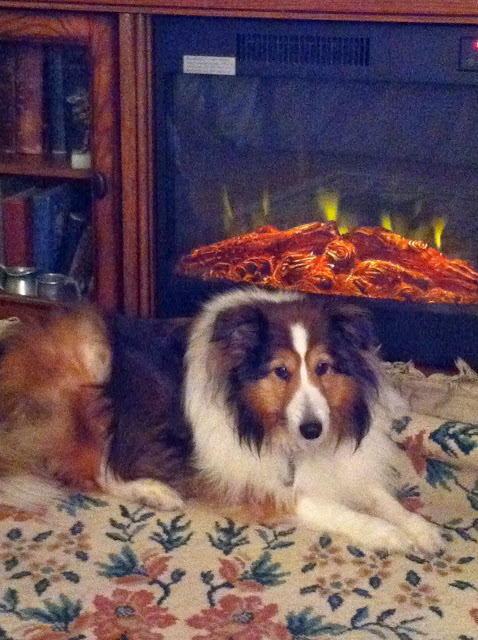 But don’t let that sweet mug fool you, he has many enemies — including, but not limited to:

etcetera, etcetera, etcetera.  But enemies beware:  Charlie is a true fighter.  And you bet your buttons it won’t be long before he resumes his constant vigil against all of the above, and keeps the world safe from all who dare threaten it.  Like, for example, snow shovels.

* Bonnie was a mutt that we housed for a few days between owners.  She was small and peppy and stole Charlie’s focus WHICH HE DID NOT APPRECIATE.
** Gator is an oven mitt, shaped like an alligator’s mouth.  Obviously.