In five days, it will be five years since I became a New Yorker.  New York City is a city of immigrants, from other parts of the world and all over the world and sometimes – maybe – out of this world.  When people ask where I’m from, I earnestly and honestly answer, “The Twilight Zone.”

Binghamton, NY, the town where I grew up, was also the hometown of Rod Serling, creator of “The Twilight Zone,” the black-and-white TV show you’ve no doubt seen marathons of on SyFy channel during holiday weekends.  Rod Serling is the man who delivers the famous opening monologue:  “you are about to enter another dimension.  A dimension not only of sight and sound, but of mind…” and is the tiny man with heavy eyebrows who moralizes each story.
Several of the episodes were inspired by Rod’s upbringing in Binghamton, our shared hometown.  Most notable is the episode “The Monsters Are Due On Maple Street,” where the denizens of Maple Street all suspect one among them is an alien interloper, and paranoia ensues as they collectively try to suss out the true alien.  “Walking Distance” features a carousel in a story about a man who visits his own childhood.  That carousel is real!  I lived across the street from it during college!
So when people ask me on my ghost tours where I come from, or how I became interested in the paranormal, I simply smile and say, “Have you heard of The Twilight Zone?“
Doo doo doo doo doo doo doo doo doo doo doo doo doo doo doo doo… 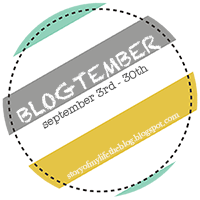