One of the coolest things about NYC is that you can always buy secondhand books (the best kind!) for next to no money almost anywhere.  Everyone knows about The Strand, which sells way below list price.  But if you’re just browsing, you can pick up a fascinating read off the street for a couple of bucks – sometimes, a better deal than a Hot Dog!

On one of my many strolls up Broadway from 72nd Street to 116th Street, I chanced to stop at one such table.  It was…the book table of my dreams!  What caught my eye was a copy of One Hundred Years of Solitude, which may be my favourite book, in the version I originally read it!  Scanning the table, it just got better and better:  loads of Kurt Vonnegut, A Clockwork Orange (which I’ve oft been curious about), and many other classic.  So up my alley!  And way better than the usual offerings of street books:  trashy best-sellers and used copies of The Da Vinci Code.
I picked a hardcover copy of Slaughterhouse Five off the table and started to chat with the man behind the table.  We talked about the best tattoo shops in the city, tying in our favourite authors and I managed to limit myself to only the one book.

I mentioned that I was looking for a copy of A Moveable Feast, and he brought me a beautiful First-Edition hardcover and his business card.  This was proof that the dream was real!  I was so madly in love with his precariously bowed table of literature!  Love! 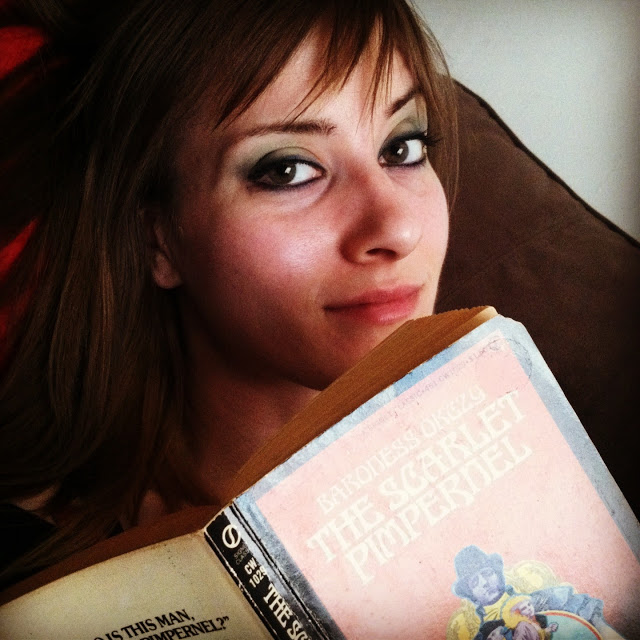 Right across from Trader Joe’s, I saw a copy of The Scarlet Pimpernel on another man’s book table.  $2, a steal!  As I walked home, I felt so guilty, I slipped it into my purse so Chris wouldn’t see the evidence of my betrayal.

But he never would.

Because he wasn’t there.

Almost as seamlessly as he had slipped into my life, he had disappeared.  I noticed myself suddenly at 103rd Street and couldn’t remember passing his table.  I looked back, convinced I was simply absorbed in my thoughts and hadn’t seen.  But he wasn’t there.  It may have been late, I thought.  Maybe he took a vacation day?

But it’s been a week now, and in the five times I’ve walked past his usual spot, he hasn’t been there!  What makes it all the more eerie was our last conversation, about ghosts.  Chris said he was a firm believer in ghosts.  Perhaps because he was one all along?!

But then, how do you explain THIS? 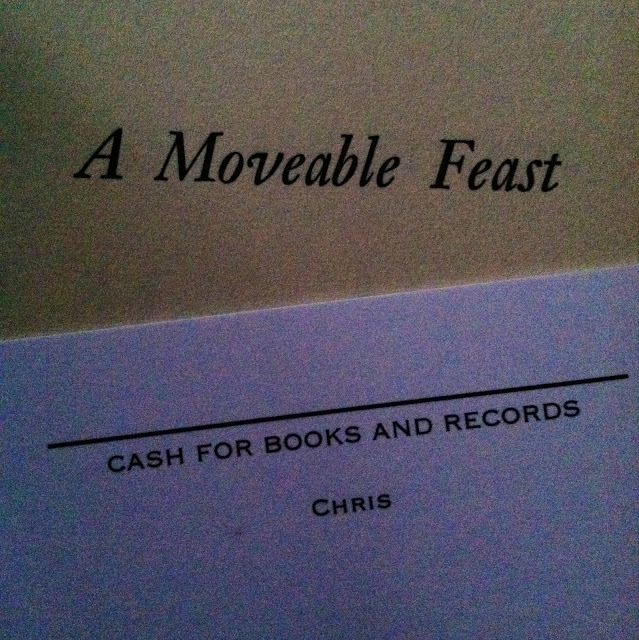 Do ghosts even have business cards?