Crowded 1 Train, headphones in.  Trying my best to squish into an impossibly tiny space while carrying armloads of groceries, keys in hand.

A stranger taps me on the shoulder.

“So nice to meet another Doctor Who fan!”

The older gentleman and I launch into an extensive conversation about the new direction the show has gone, which of the incarnations of the Doctor we enjoyed the most, and recommending other sci-fi series to each other (note to self: check out Farscape).

After my new friend left the train, I was prepared to put my headphones back in for another couple of stops.  Until the man seated in front of us began to inquire.

“What is this Doctor Who, exactly?”

And not only that, last night was my second run-in with the 1 Train Troubador.  You remember, this guy? 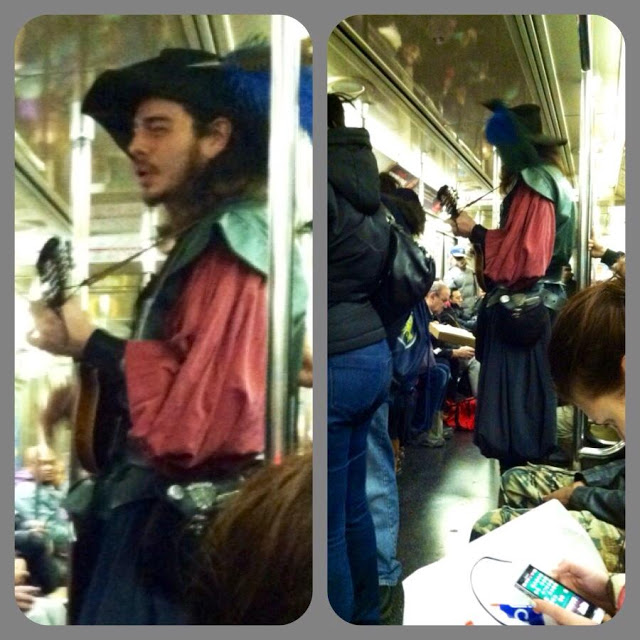 He could kind of be a foxy time traveler himself!

Well, I had my headphones in, but I noticed him trying to get my attention.  I pulled one earphone out, he gestured to my keys, and asked:

“Is there more room on the inside?”

“Verily,” I replied, as he stepped off the train leaving the rest of the passengers scratching their heads in his wake.

Ah, Doctor Who.  Making friends all over the universe.  And even on the 1 train.