First of all, apologies in advance, but there is no photography allowed in the Punk:  Chaos to Couture exhibit at the Met.  So you’ll have to be satisfied by my wordy review and thie picture of me awkwardly posing on the stepladder in my apartment using a self-timer on my phone to take pictures of the awesome outfit I wore that day: 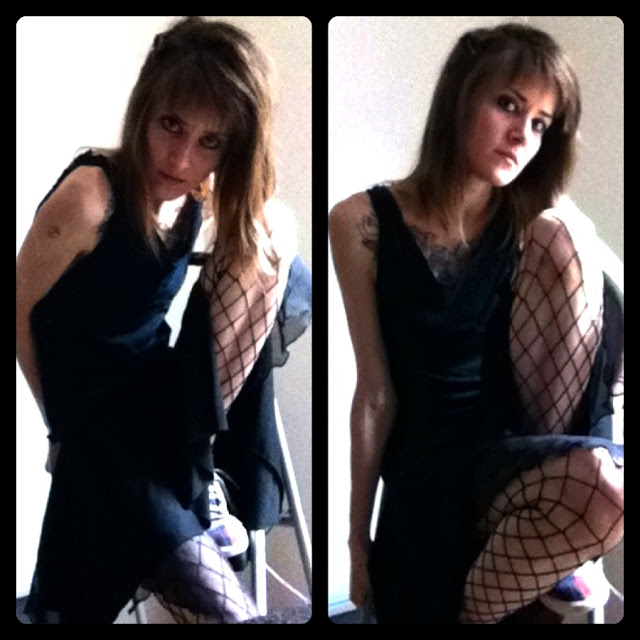 Punk:  Chaos to Couture was pretty much what I expected, from start to end.  Which was fairly short, actually:  remember the Alexander McQueen exhibit 2 years ago that everyone freaked out about?  That went on and on forever?  It was like, twelve rooms, floor to ceiling, right?

Well, P:C2C (much shorter, eh?) was like, three rooms in total.  Don’t get me wrong:  it was awesome.  It reiterated a lot of cool things I already knew (like what CBGB stands for, who Vivienne Westwood is, and the art of shredding knits) and added a lot of cool knowledge to the pool (what bricolage is in terms of fashion, and how it relates to my tattoo bandage).

Oh, and I totally swooned over the recreation of the CBGB bathroom, complete with filthy toilets and cigarette butts.  Just down the hall from the 19th Century European Masters, shitty urinals.  ROCK AND ROLL!!!

The music played in the exhibit was FANTASTIC, obviously, and the clothes gave me loads of ideas.  I love visiting a museum and leaving so inspired!  I am constantly striving to expand the boundaries of my personal experience, and surprisingly, by visiting an exhibit which I was already slightly familiar with, I learned so much more.  I think it’s safe to say my knowledge was deepened and expanded thanks to P:C2C!

After visiting, I of course had to run through my favourite bits of the museum:  the period rooms (swoon!), the Temple of Dendur, the Impressionists (hiya, Monet’s waterlilies!), and a final stop by the Arms and Armaments wing (to confirm that my tattoo bandage was BOTH bricolage and feudalistic in nature).

And to sate your desire for photographs, pictures of my mom’s favourite part of the museum, the stained glass windows in the American Wing: 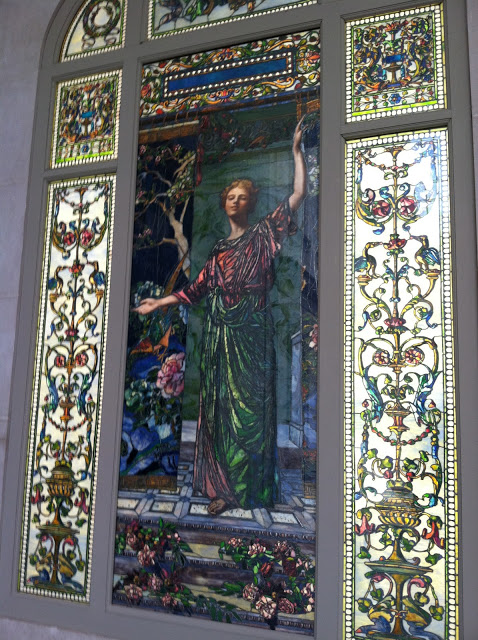 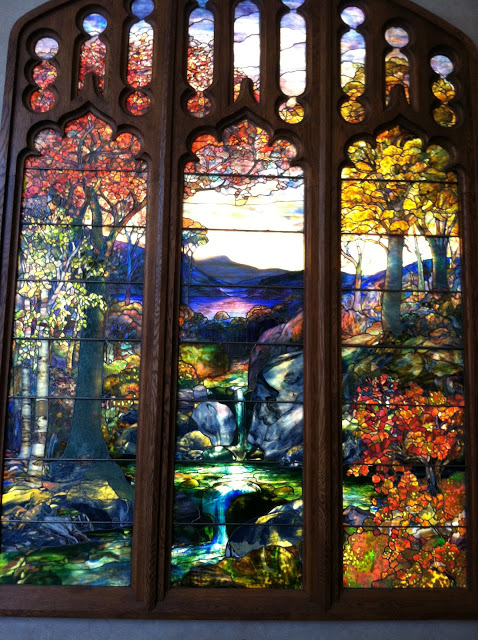 Summer 2013 To-Do List:
See the Punk: Chaos to Couture exhibit at the Met

Sing a solo at karaoke

LAST WORD:
In two weeks, Google Reader goes Bye-Bye!
I don’t want to see this beautiful thing end, and neither do you.
Let’s try to make it work, baby, we can beat the odds!
Follow me on Bloglovin’!
Just click this link!  It’s easy!