When someone says “East Village” to me, the first thing that springs to mind is the musical Rent.  I seldom associate my favourite haunts with being in the “East Village.”  But apparently, after spending the day down there, that is just what it is! 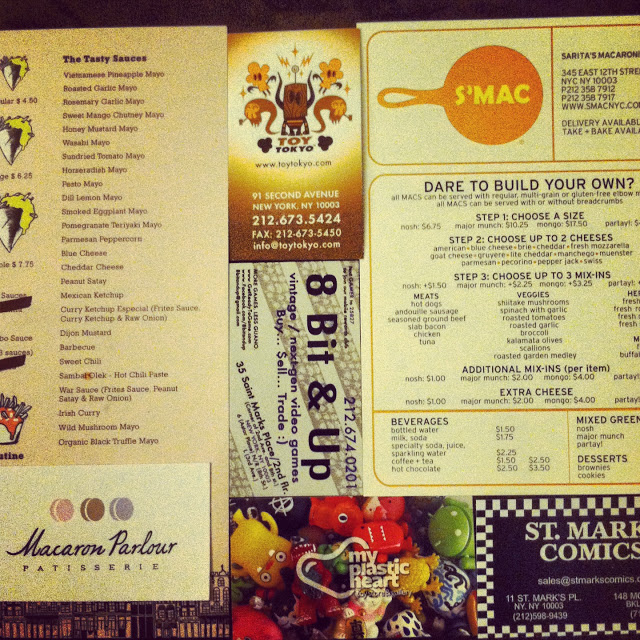 See, I had this elaborate day planned out.
It would involve three lunches, two desserts, four shoppes
and a stroll through some of the coolest streets in Manhattan. 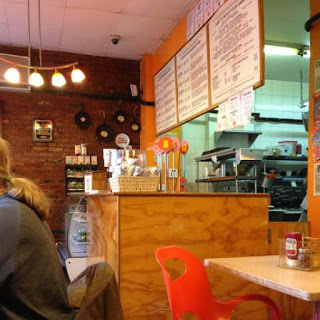 For starters, a shared small mac n’ cheese at S’MAC, a favourite of mine
for over three years.  Located on 12th street between 1st and 2nd, it’s
impossible to forget the address and once you’ve tasted the food, it’s
impossible to forget the restaurant, either!  One of the things I love
is that most of the menu is vegetarian.  It’s made fresh, piping hot (so
watch you don’t burn your tongue!), and always inventive.  I’m
eternally torn between ordering the Parisienne with it’s fresh figs, the
La Mancha with the crunchy caraway seeds, and usually settle for the
Masala – a spicy Indian flair mac n’cheese.  Whichever you choose, try
it with Gulden’s Brown Mustard and consider yourself forever changed! 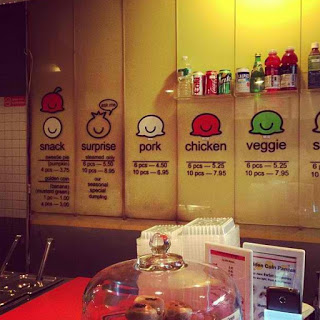 Our second lunch was at The Dumpling Man.  At 100 St. Marks Place, I’ve been dragging friends all the way to the East side for the best dumplings in the world for over five years.  My lunch partner had never had dumplings – imagine!  What is that all about?  Dumpling Man dumplings are the best – thin dough pockets in bright pastels colours stuffed over-full of amazing delicious and multi-layered fillings.  Never underestimate the amount of flavour inside – Dumpling Man proves that good things often come in tiny packages! 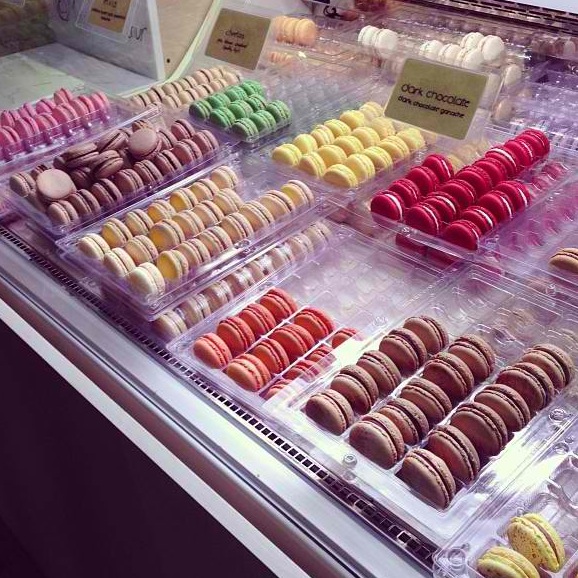 Across from The Dumpling Man is the sweetly chic Macaron Parlour.  Having tried macarons for the first time ever in Paris, I can say that these may be the best in the world.  The lemon flavour was light and tart, the pecan pie rich and crunchy, and the Elvis-inspired peanut butter and banana macaron may be my favourite!  It’s nearly impossible to chose just one – so we bought a dozen for later. 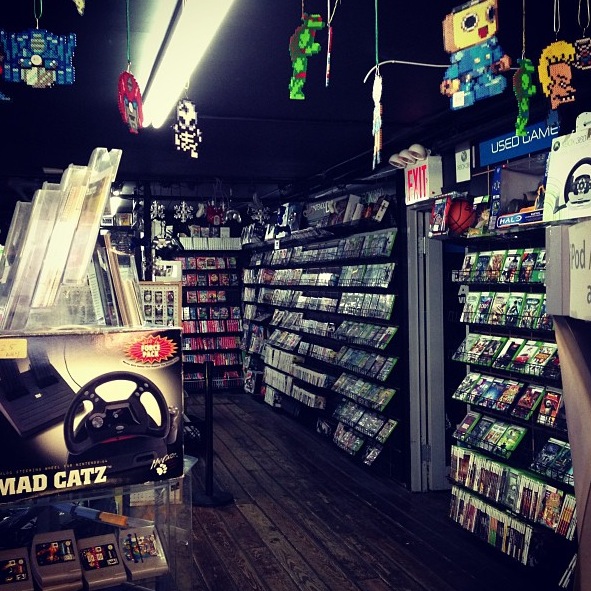 On the walk to the next lunch stop, we headed to St. Marks Place to stop in at a few stores:  the punk clothing store Search & Destroy, the overwhelmingly amazing St. Mark’s Comics, and the gamer paradise 8-Bit & Up (pictured above). 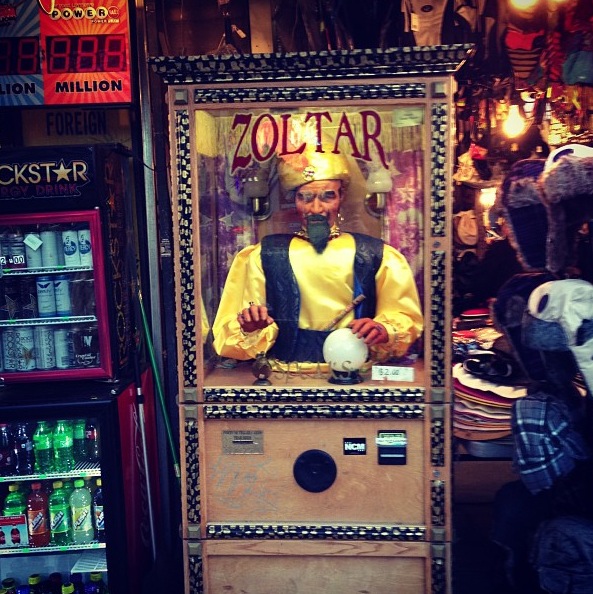 Here’s a cool fact about me:  I am terrified of robots.  Androids, mostly.  You know, things that look like humans but are mechanical?  I’m starting to warm up to cute metal robots like R2D2 and Daleks, but Zoltar the Fortune Teller totally freaks me out! 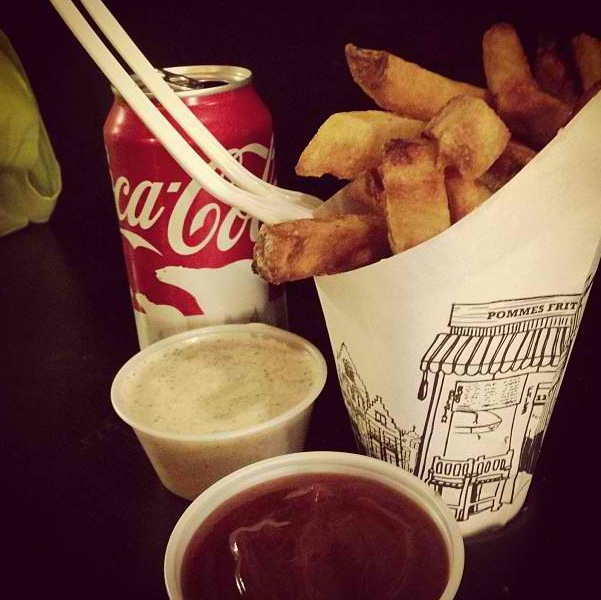 Having worked up an appetite once more, freaking out over Zoltar, we headed to Pommes Frites.  I’ve been here so many times, I’ve nearly tried all the sauces!  Pommes Frites makes amazing, salty, deep-fried Belgian frites and serves them with any of a vast number of dipping sauces, many mayonnaise-based.  Mmm, mayonnaise!  Pommes Frites always merits a return visit.  So I come nearly every time I’m down in the East Village. 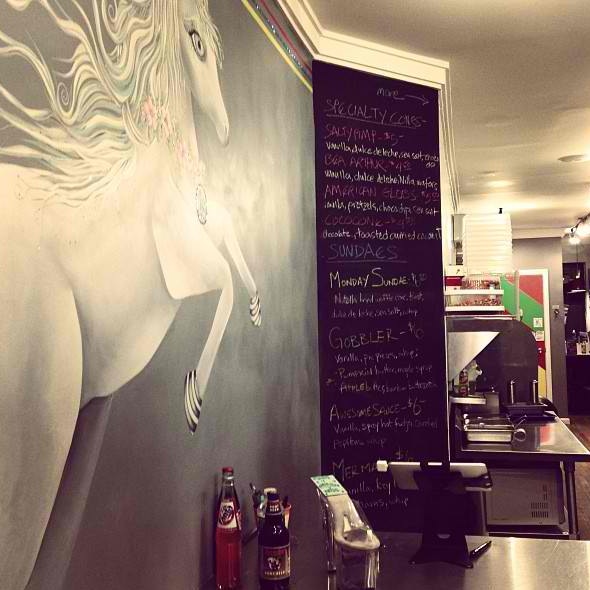 I hope you still have room for dessert, because I always have to visit The Big Gay Ice Cream Shop when I’m East of 3rd Avenue.  Their trademark Salty Pimp cone is utter perfection, made by hand with such care.  Big enough to share, if you’ve already eaten almost everything in the East Village, but trust me, you won’t want to.  They offer exotic toppings, boozy ice cream sandwiches, and even Mexican Coke!  Everything in the shop is delicious and inventive and friendly and delicious. 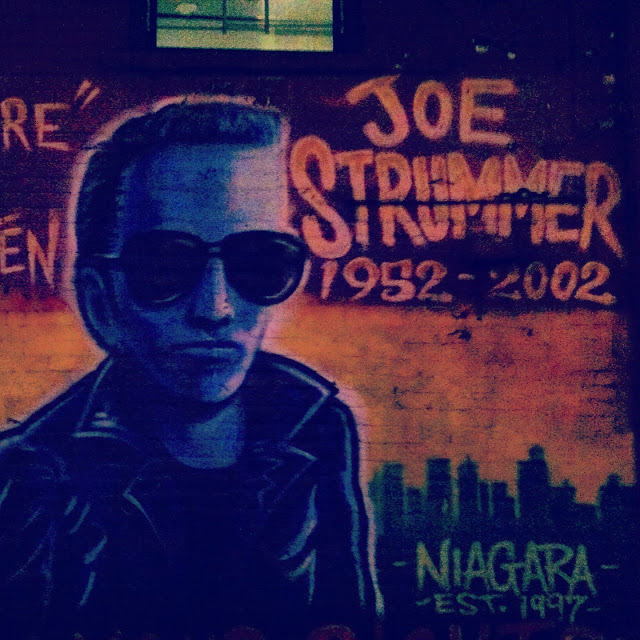 The East Village emanates a cool, hip vibe.  Now that CBGB is gone, and many of the old shops have been converted to Ramen houses or 7-11’s, you have to go even further east to explore the native culture.  The Joe Strummer memorial mural on the southeast corner of 7th Street and Avenue A pays homage to the co-founder of The Clash, arguably one of the best punk bands of all time.  While enjoying your ice cream cone, stop by and pay tribute. 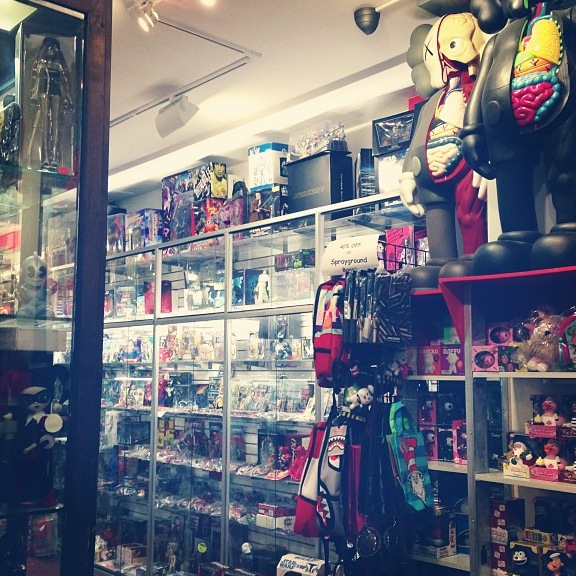 Though it used to be crammed next door to Pommes Frites, legendary toy store Toy Tokyo has found a new home a few blocks south where they can spread out and show off all their plastic glory.  Still on 2nd Avenue, now between 5th and 6th streets, Toy Tokyo is nerd paradise.  This was probably the greatest stop of the day.  Blind box art toys, Doctor Who paraphenalia, and basically every other awesome pop culture toy imaginable.  Inner children will go wild at their collection of Star Wars, Godzilla, and Nickelodeon merchandise. 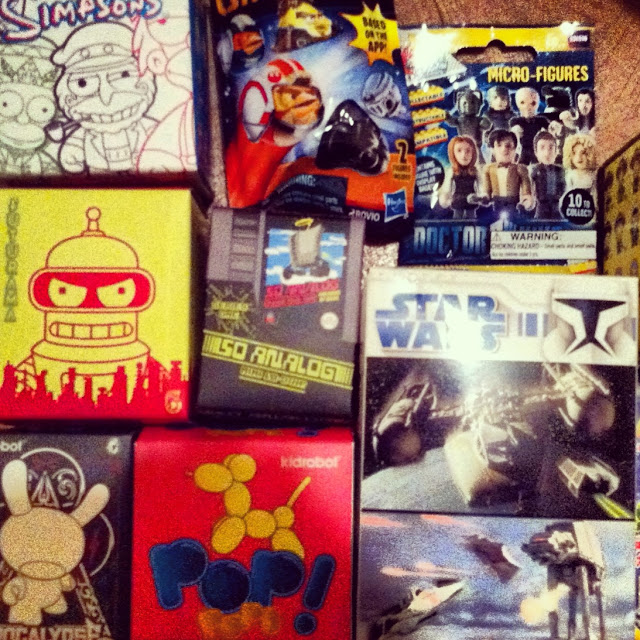 Speaking of blind boxes, they’re a new discovery of mine that may prove an addiction.  You buy a box not knowing what’s inside and it’s like Christmas.  It’s sort of a rush, actually.  This was the total amount of blind boxes that were purchased that day, which were opened all at once while eating macarons.

What will the next East Village adventure hold?  Perhaps another tattoo, a new restaurant, more surprises?  Who can say.  But I may say that, after today, the East Village has become my new favourite neighborhood in Manhattan!