One of my favourite (because, let’s be real, there are so many) movies about New York City is a sweet little movie musical called On The Town, about three sailors on shore leave visiting New York City.  If you’re snowbound right now, I strongly recommend it.  It’s a sweet, funny adventure and it totally holds up.  No, really.

Now it becomes relevent!  My Grandma recently sent me a rather thick envelope with a handwritten note.  “I thought you’d appreciate this,” she wrote.  And then she told of how my grandfather (her husband) visited New York City one New Year’s Eve when he was in the Navy during World War II.  Just like in On The Town, only he also got to see the festivities in Times Square on New Year’s Eve!  He saved the subway map from that trip, and she had found it with his things.

And inside the note, was the map: 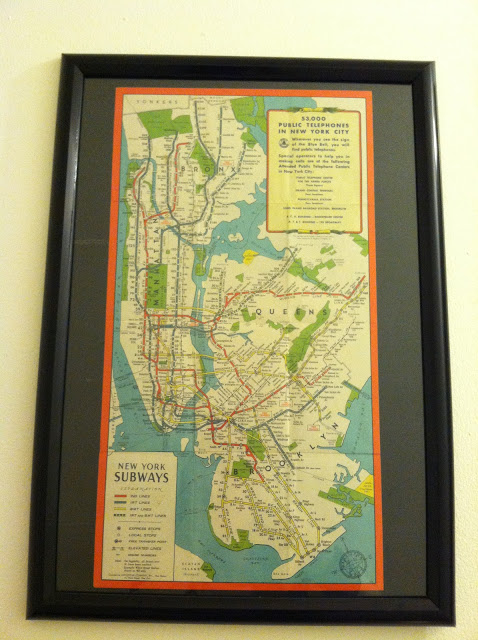 (Which I have since framed)

Appreciate this?    I adore this.

YOU GUYS!  This is the coolest thing ever!  Roommate and I went over the map locating the places we hang out, where we live, places where our friends live, where we work.  It’s so awesome to think so much has changed, but many of the places we go are still on the map. 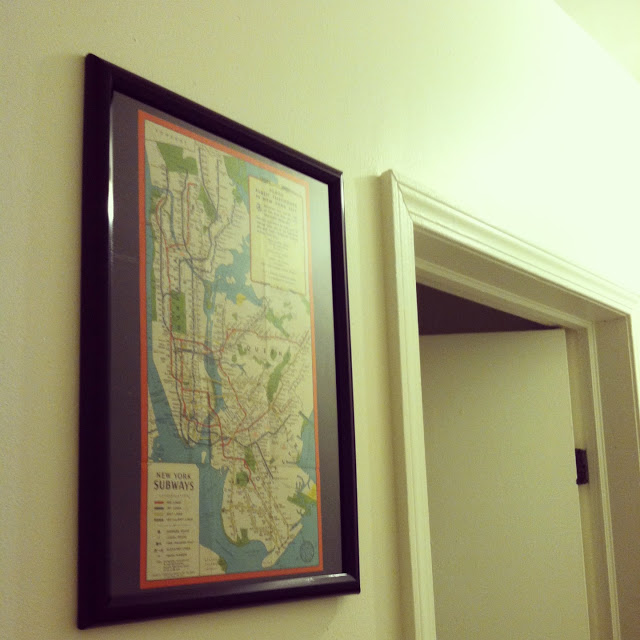 So now it greets visitors who come into our apartment.  I have always had a subway map hanging in my living space, but this apartment I didn’t have one.  It’s incredible to me to have inherited such an awesome piece of history and to learn this story that I never knew.

Makes me want to watch the movie all over again: