Whenever I ride up to Buffalo, I feel as though perhaps I know every mile of the journey by heart.  The landmarks always come in their familiar, predictable order.  Hills and farms and forests all burned into my memory. 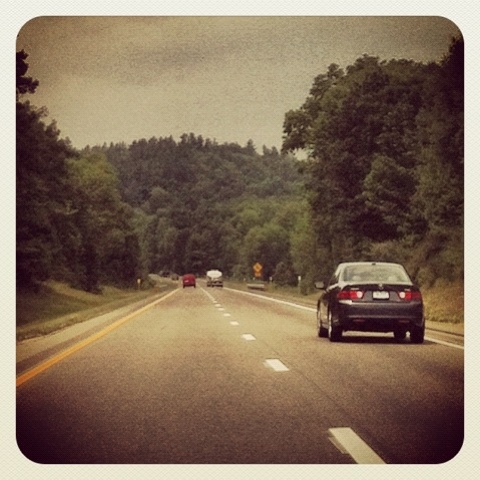 The journey seems to take forever, but it’s really only 3 and a half hours – much shorter than some bus trips even, ahem, ahem.

Even shorter now that my mom discovered a shortcut through some small towns that cuts off half an hour of Freeway driving.  I would much rather see humble houses and small town high schools than pavement and guard rails, how about you?

When you’re in New York for a while, you get used to crushing throngs of people everywhere, every inch of space being landscaped and built on.  The bus ride to Binghamton is the first step in removing yourself from the city – slowly through the NJ Turnpike then out the other side to a small suburb.  The ride to Buffalo winds through farms and hillsides, in between creepy terrifying windmills and through a tiny town that smells like farts (I swear on my life).

The pinnacle of excitement around the trip to Buffalo is The Big Blue Water Tower. 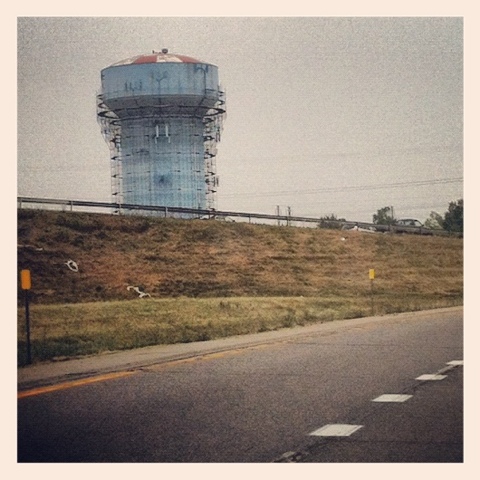 I am pleased to report that this time, I won.
Winning was especially sweet.