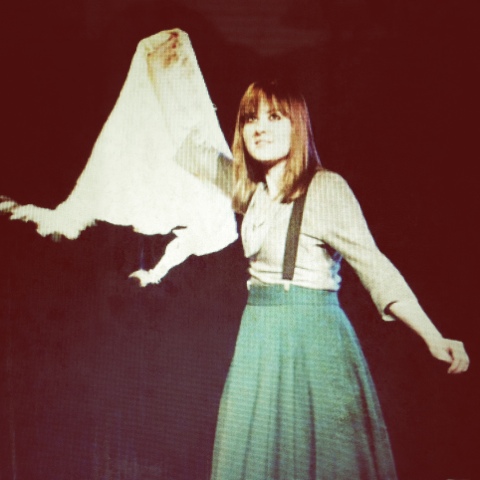 This is a photo of me from January 2011. The last time I enjoyed acting.

Or so I thought.

I’ve said before that it’s hard to get excited about acting anymore.  There just isn’t a lot of interesting work being done, at least as far as I have seen.  All the good plays, I thought, were OLD.  Not just that, but to quote a great, old play:  “Hell is other people.”  The folks involved in the “business” were often shallow, dismissive, and self-centered.  Maybe the line should go, “Hell is other actors?”  Not to mention the main qualification people seem to be looking for in actresses is not talent, as I had hoped, but “hotness”.  Every ad wants a “fit” or “athletic” or “model-type” actress.  It’s not a job, it’s a lifestyle choice – one that requires a BMI of less than 10.

But…maybe things are turning around.

Last week, I had the good fortune to attend a script reading for a new theatre group my friends are starting up.  I read scripts – lots of them! – some were meh, but some were really exciting!  I got to put on my “acting hat” and take on some characters…  The only way I could describe it is, it’s like being a dancer, breaking both of your legs, then finally being able to walk without crutches again.  It was a glimpse of hope that someday, maybe, a part of me that was long missing could return.

Maybe some day, I’ll be on the stage again…without the crutches.