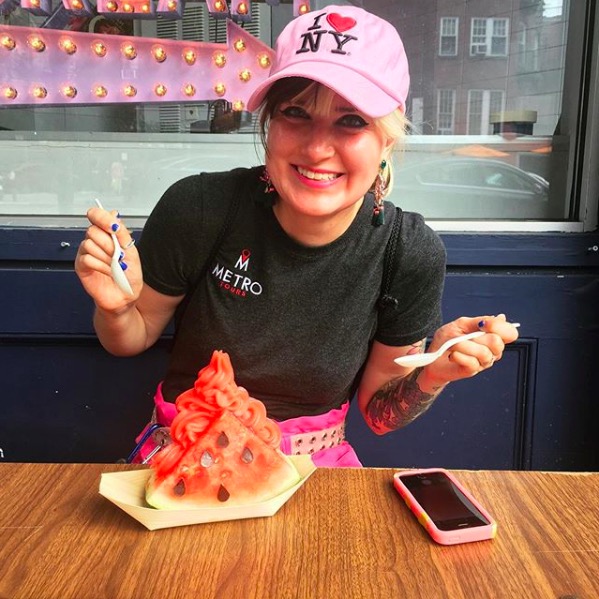 Oh damn – it’s been a while! But don’t I always disappear on you during Leo season? I think it was two months ago, maybe three months ago, that I set up a whole bunch of blog posts to publish automatically while I was busy. Verrrryyyyyy busyyyyyy. And those have run out, like, three weeks ago. And here we are. Holy crap.

I feel like, whenever one of my favorite steady bloggers just *disappears,* something bad has just happened. DON’T WORRY! NOTHING BAD HAS HAPPENED TO ME! I’ve just been REALLY BUSY. Mostly working. Working, which is not that interesting, nor very instagrammable. Well, not usually.

You know I started giving tours in June with MetroTours, so that’s what I’ve been doing on weekends when I’m not at the studio! Oh, and I’ve been doing a lot of pet-sitting in the city, which means riding trains back and forth from Manhattan to Brooklyn during the L train shutdown. This has meant that I was basically working 7 days a week for most of the past two months. I love doing everything that I do! I’m not complaining! But I’m banging out this post at 4:45am because I just happened to wake up an hour before my alarm and… not gonna lie, it’s a lot. “What’s a weekend?”

I also turned 35 in the meantime! Look at my surprise studio birthday cupcake! How cute is this???

And I finally got to celebrate it like, two weeks later. After a tour shift, haha. But I had two full days off work, and it was so relaxing!!! What a difference two days off can make… I guess that’s why um WEEKENDS EXIST???

And every time I have a spare second, I’m trying to focus on self-care: keeping up on laundry and groceries, painting my nails, watching Fixer Upper, listening to podcasts. But mostly, riding on trains all over town and working really late, that’s what I’ve been doing with my life. Phew!