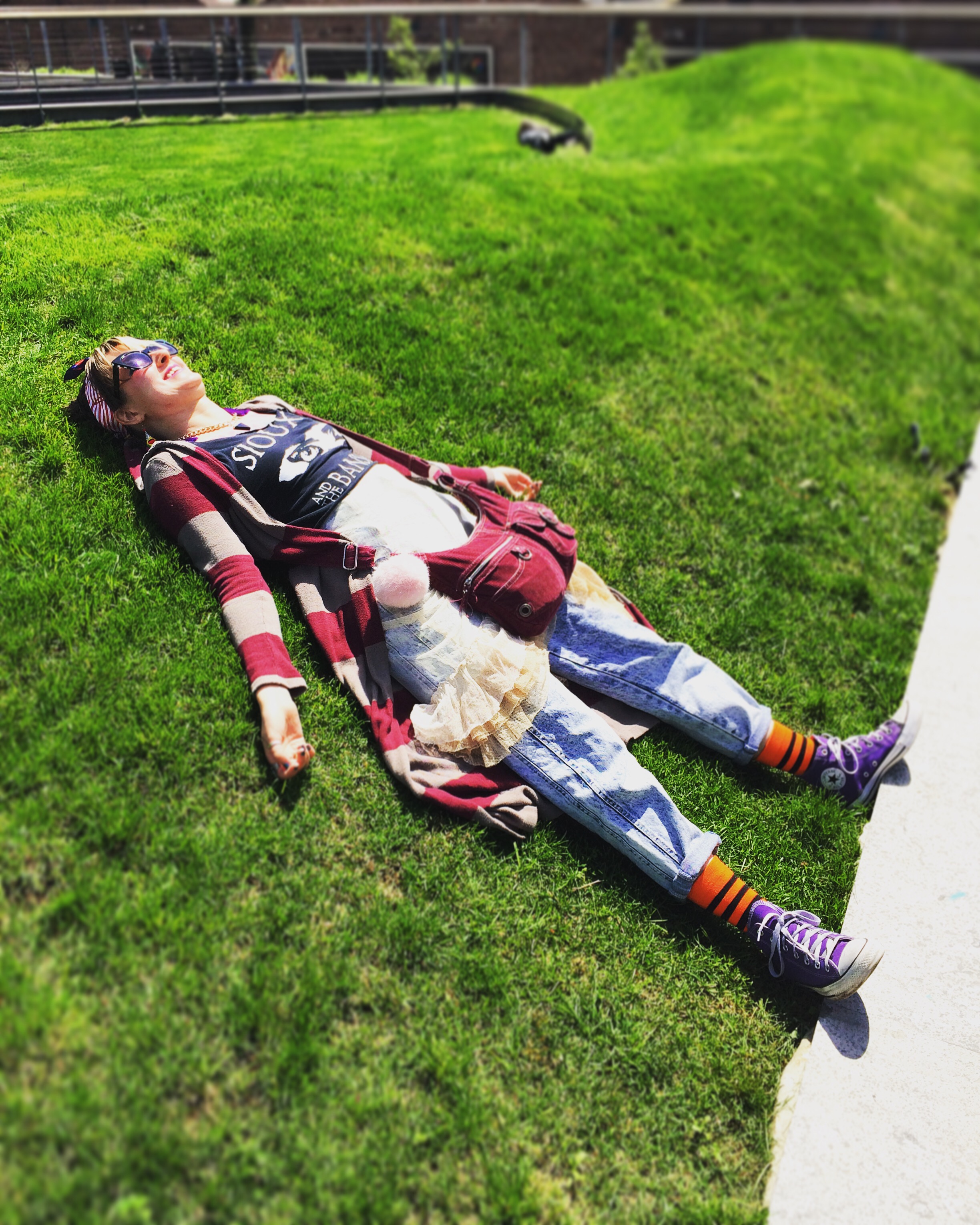 Vale Park isn’t a city park. It isn’t even a state park. Far from a National Park! Vale Park is an elevated green space, part of the William Vale, a trendy boutique hotel in Williamsburg. So it’s not really an official park, but it’s like, an alternative park?

Located basically a block away from the Bedford Avenue L station, aka the epicenter of Hipster Culture, Vale Park is the park that I knew about before you knew about it, which I guess makes me hipster enough to go there. From Bedford Ave, you can’t quite see it. But from the back, you can almost just make out the top of the green hills. Up a flight of stairs, and you’re in a little slice of green heaven.

Williamsburg is all about the quaint, the kitschy, and the curated. It’s no surprise that this small park boasts flowering trees, lush mini-hills for private gatherings, and — what am I saying?? — a retro airstream trailer that sells soft serve and booze and, quite frankly, the best cheese-smothered waffle fries that you will ever eat!

Mister Dips is the seasonal refreshments trailer that, not gonna lie, was the draw for me to come to Vale Park in the first place. They are total Instagram fodder, and I haven’t even tried the cheesy waffle fries yet! There’s a quaint seating area of rainbow chairs and tables within earshot of the trailer, which pumps out nostalgic dance hits at a volume just loud enough to appreciate, but not so loud that you can’t have a conversation.

Simply put, entering Vale Park feels as though you’ve been invited to the hippest picnic party, in the hippest rooftop venue, in the Hippest Place on Earth. Footsteps from the heart of Hipsterdom, but removed enough that you have a front-row seat to Williamsburg’s edgiest street art and Greenpoint’s iconic church steeples. But shhh… don’t tell too many people, or it’ll become mainstream. Let’s keep this our little secret. But remember, I found it first.