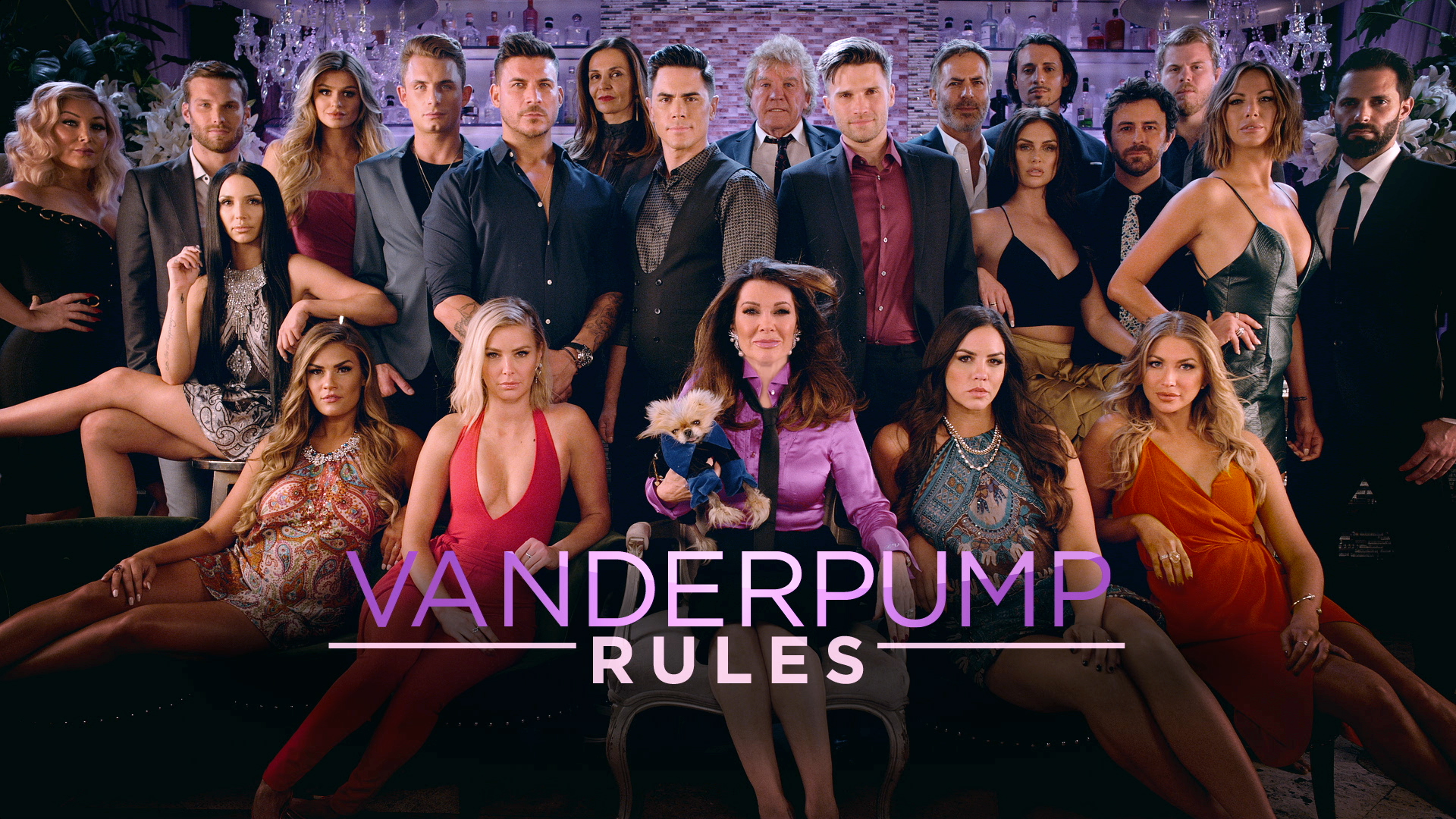 Okay, the first time I heard about the reality show Vanderpump Rules, I thought it was a joke.

It’s a soap opera surrounding the bed-hopping staff of a restaurant owned by a Real Housewife.

I, a connoisSUR of reality TV of the lowest order, refused to lower myself to watch it.

So I’m halfway through season 4 now, and of course, I love it. Why did I ever turn my nose up at this premise? It’s a more solid concept than, say Jersey Shore (a group of New Yorkers move to a house on the Jersey Shore for the summer and work in a T-shirt shop by day while partying at night) or The Hills (a woman lives in California and works at a magazine and has friends). And I love both of those shows! And I love Vanderpump Rules.

As with any reality show that is essentially about nothing, the driving force is the personalities in the show. That’s not to say I have to like the people on the show in order to like the show! On the contrary, I’m down with a good hate-watch. There’s a lot to hate about the youths on Vanderpump Rules, too. They fight in bars, they cheat on each other, they scheme to hurt each other. An ever-expanding cast creates an atmosphere of a true soap opera, with too many plot lines to follow unless you start from the beginning (which, obviously, I have). And much like The Hills, the world of Vanderpump Rules revolves around a self-righteous blonde woman named Stassi, and a revolving door of her boyfriends, ex-boyfriends, friends, and nemeses. But having learned from The Hills, the drama on Vanderpump Rules is dialed waayyyy up. Every episode has a breakup, or a cheating scandal, or a proposal. Interpersonal drama cycles through phases at a much faster rate than it did on The Hills, where it felt like entire episodes were just Whitney and L.C. making exasperated faces at each other from their desks. The bombshells just seem to … bomb harder on Vanderpump Rules. And that’s why I’m halfway through season 4. By the time this post goes live, I’ll probably have finished the whole series. It’s addictive.

But there’s also this: it’s one of those shows that you don’t actually have to watch in order to watch, if you know what I mean. It’s completely the type of show that’s edited so as to hit you over the head repeatedly with the important plot points, through flashbacks and recaps, so you don’t have to worry about missing a small detail if you choose to just… have VPR on in the background while you fold laundry, apply eyeshadow, re-pot your plants, or hmmmm write blog posts? You can fall asleep and miss an entire episode and rest assured that any important plot developments will be thoroughly recapped for you as and when they become crucial to the “story.” This is important because it means I can both watch hours of trashy reality television, and get stuff done in my life! My Id, Ego, and Superego all appeased.

It’s also fairly nice to see a reality show about… just… “normal” people. The Real Housewives and the Kardashians all live these expensive, impossible lives. I think a lot of the hatred indiscriminately hurled at these shows comes from the fact that their wealth is a huge plot point of the show. It’s “seeing how the other half lives,” but in this case, it’s the 1%, and at this point in Late Capitalism, do we really want to turn people into idols just because of their monumental luck in achieving impossible wealth? It’s kind of nice to watch a reality show that’s based ever so slightly in something more “real.” I return to reminding you of the premise: this is a show about waiters and bartenders at a restaurant. Sure, as seasons progress, they become more wealthy and their financial circumstances improve, but they’re absolutely more relatable and aspirational than, say, the marble palace of Kim and Kanye.

I have to say, I’m a convert. I am 100% into Vanderpump Rules. It’s absolutely ridiculous and pointless, but so are a lot of things that I love! If you’re like me, and having “noise in the background” helps you focus/makes you feel less lonely, I can absolutely recommend Vanderpump Rules as excellent background noise. If nothing else.