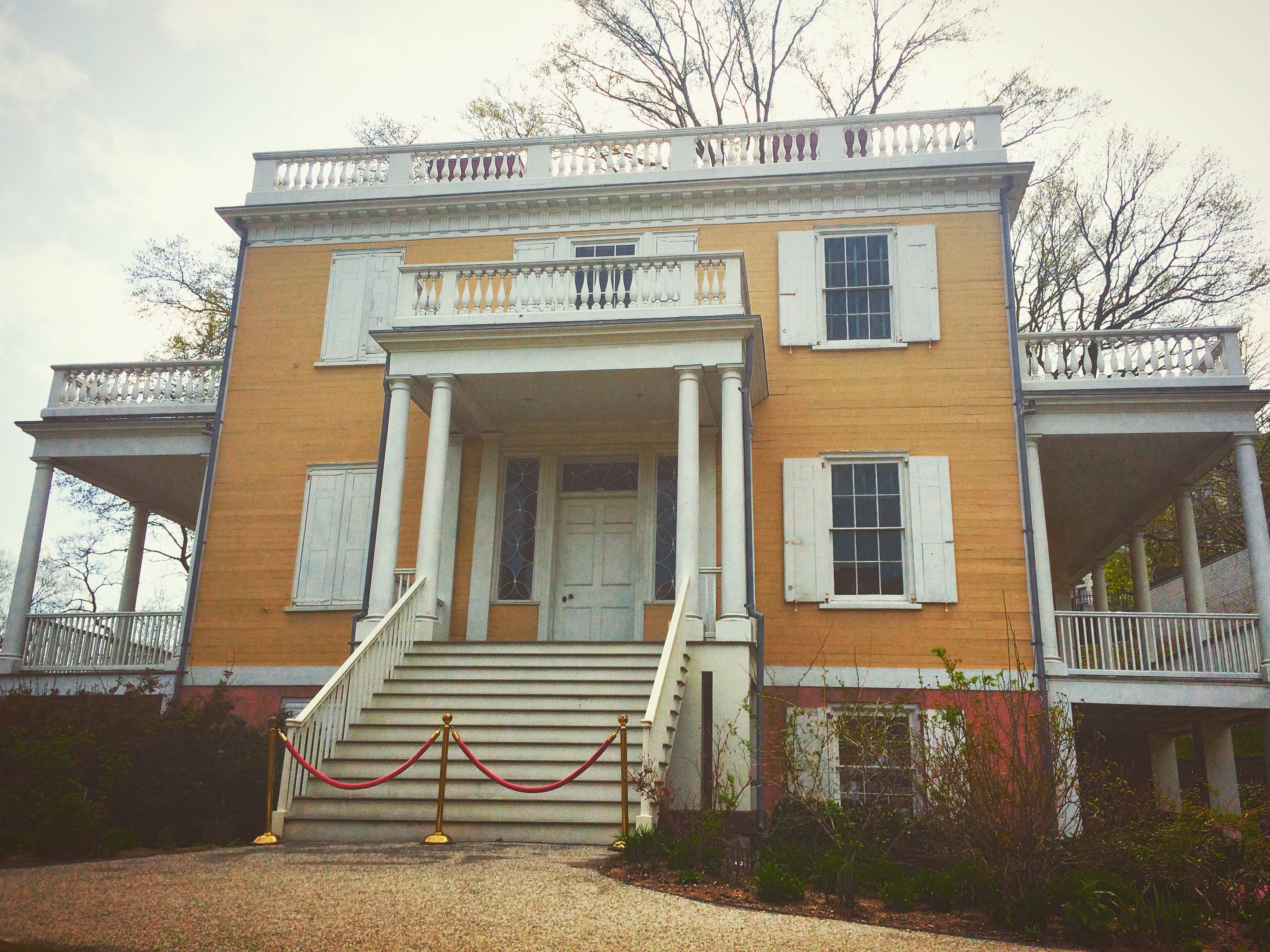 Now, I have been to the Grange, before, technically. A few months ago, I took a trip up to the house but, having missed the guided tour and nearing closing time, I didn’t go in. I did take this super-sick Instagram of me & the Hamilton homestead, though!:

Soooooo that’s a pretty hefty introduction, and tells you basically the background of what’s going on. Yes, this house was built for Alexander Hamilton and his family on the land he bought in 1800, was completed in 1802, and he apparently really loved living here until he was ya know *spoilers* shot in 1804. That acreage he owned, by the way? My 2012 apartment was just outside of the boundaries of the Hamilton estate. But I lived in Harlem for 3 years. Alexander only made two. Therefore, I’m more legit Harlem than Hamilton of the Hamilton Heights. Maybe they should rename the area from 135th street to 155th street & west of St Nicolas Ave “Meghan Sara Heights.” I’m just saying. 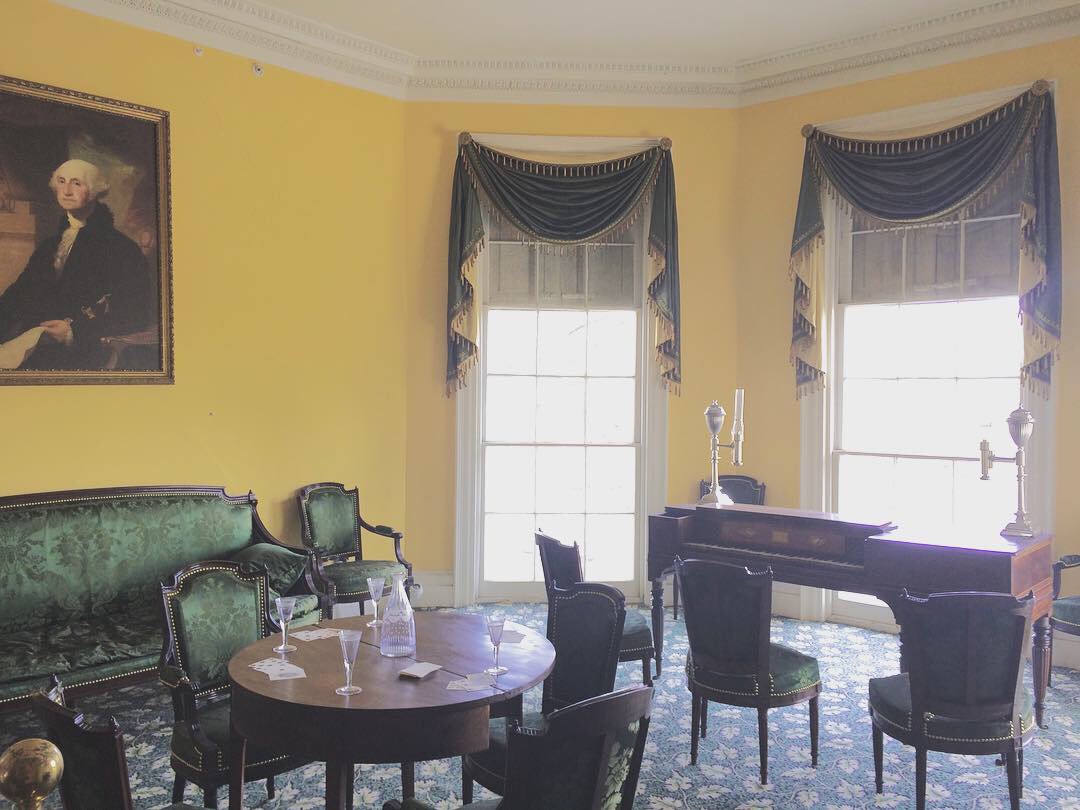 The tour inside the house is worth checking out. It’s FREE, as it’s a National Memorial and museum, which is good because you can only tour the “bottom floor” of the house which includes three period rooms, recreations of period-era furniture, the foyer, and two rooms in the back with information and a video. The upstairs, the bedrooms, are off-limits and for employees only. It’s a short tour, and there’s a museum and gift shop downstairs, which explain more about the house, too. If you come to Hamilton Grange already knowing a lot about Hamilton and the history of Colonial and early-American New York, I think you’ll get a lot more out of the experience. 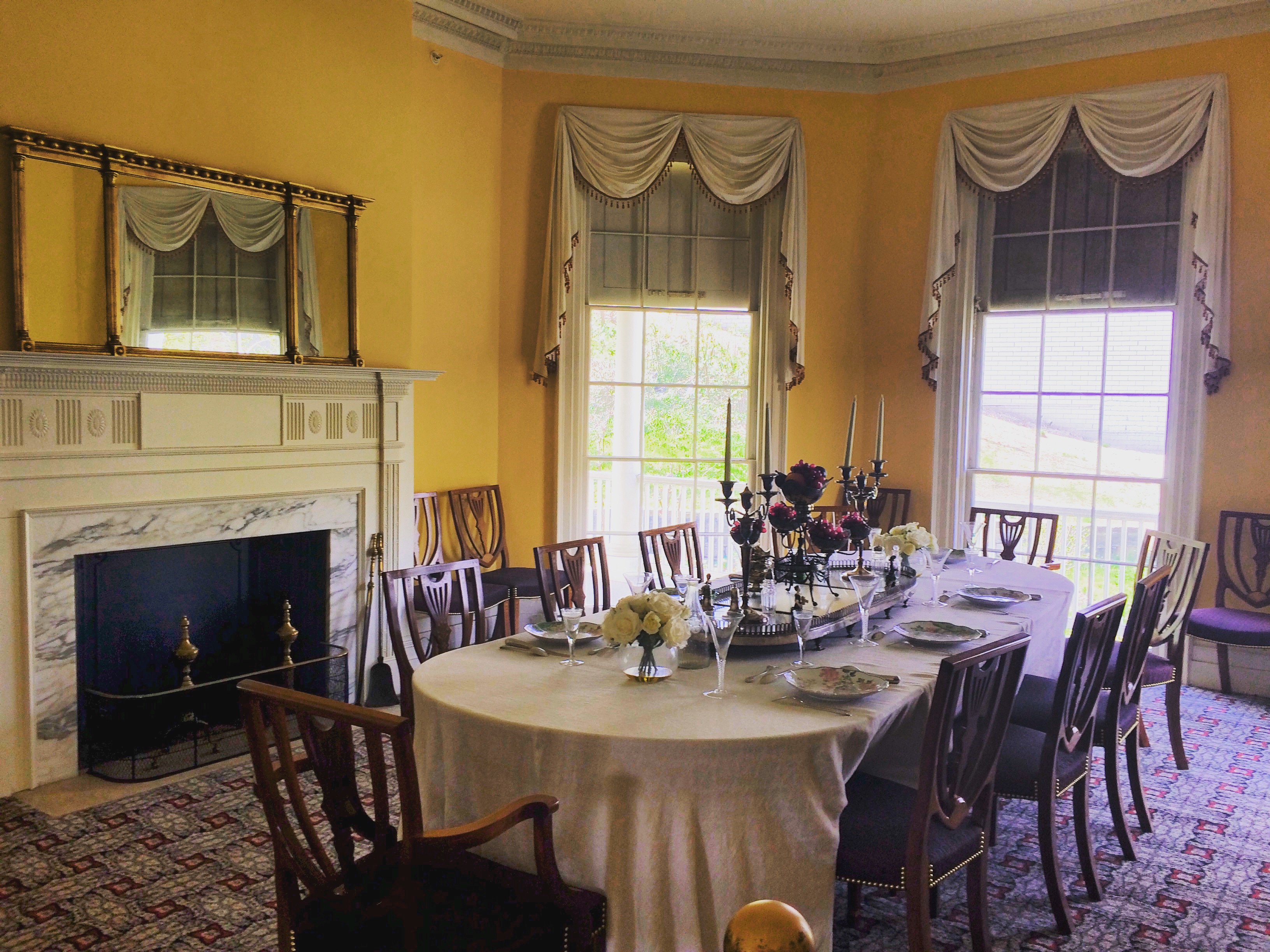 The rooms are breathtaking, bright and sunny, so it was hard to take good photos with everything backlit, but I appreciate the staging of the rooms! Everything is beautifully restored, the house looks clean and in wonderful shape. As someone who’s toured many historic houses, it’s extremely heartening to see one so well-taken care of. Contrast this space with, example, the Merchant’s House, which is a fabulous experience but admittedly, the house needs a lot of love and I always worry about it! The US National Parks Service takes excellent care of Hamilton’s house. Which is good. Because Hamilton’s house has been through a lot. 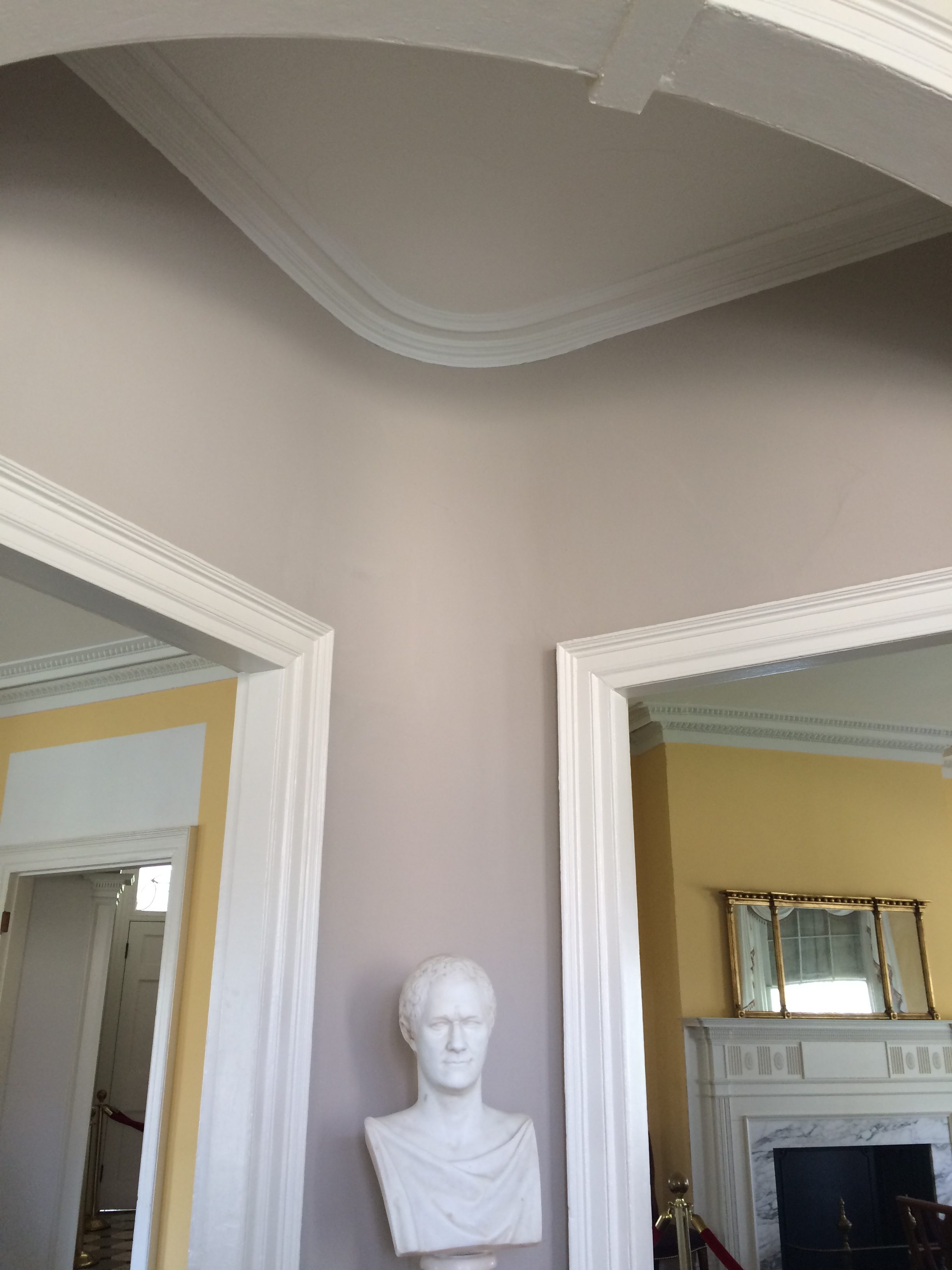 Which brings me to the final room of the tour, which was where it got really funny and interesting. In the final room is a model of the house on a turntable, chairs, and a screen set up to play a movie which talked about the history of the house after Hamilton no longer lived there. Notably, the moving of the house. Specifically, the second moving of the house. I’ve seen time-lapse videos of parts of the move, but this video actually does a really incredible job of really hammering (hah — HAM?!) home (HOME! I’m on a roll) (on a ROLL! what they did — to the house — they rolled it down the street!) I’m so sorry, I’m pretty much unable to discuss this topic without making puns. Moving on (MOVING!!! AHHHHH!!!) The video shows the hydraulics, the steering, the neighbors’ reactions (which are so incredibly New York, it’s hilarious) to the house’s 6-hour journey to St Nicholas Park, where it is now (and will likely stay forever).

The entrance and visitor’s area is an information-dense space where you can refill your water bottle, use a clean restroom, and learn more about Alexander Hamilton than you could remember from the fast-paced libretto of Hamilton. I appreciate this area especially, because it paints Hamilton as a slightly priggish policy wonk. A workaholic, the likes of Elizabeth Warren or Leslie Knope. If there’s anything we’ve missed these past few years, it’s a functioning government. Take your time to peruse the visitor’s center, which sings the praises of Alexander Hamilton, his willingness to compromise and sacrifice for the betterment of the nation, his desire for unity, and the way he turned the American economy into a success! Hamilton groupies, historic house hoppers, civic-loving New Yorkers should all take an afternoon to check out the Hamilton Grange National Memorial.