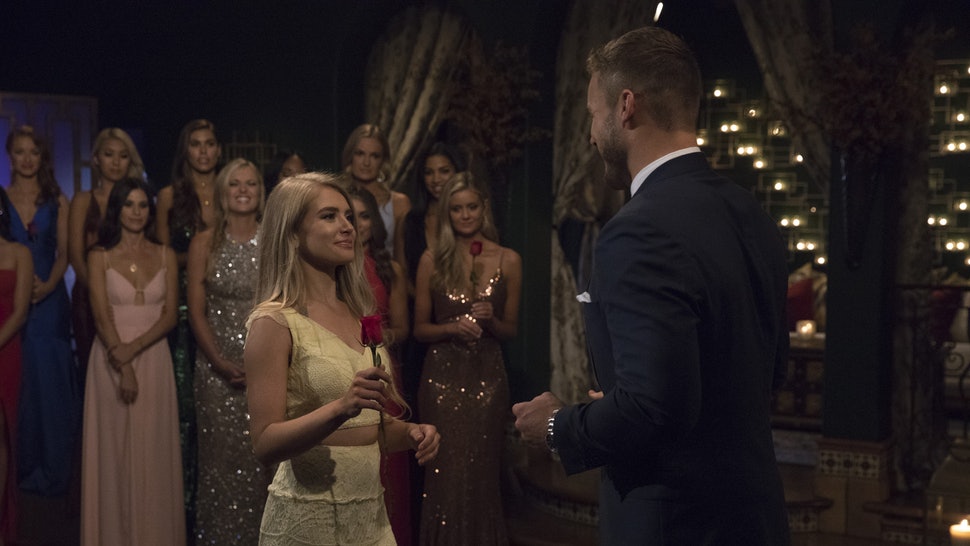 It happens every season: after a certain point, the “fun” contestants have all departed, yet we still keep watching for some reason cuz we wanna see which Lauren B the Bachelor will stand on a beach and bequeath the Neil Lane diamond to. And I’m pretty sure, folks, we’ve reached that point: Nicole and Onyeka beefed, and they both got kicked off. Catelyn and Hannah B beefed, and they got over it and stayed on the show. Everyone else who seemed to thrive on drama eliminated themselves and Colton unceremoniously sent Demi home. DEMI! Demi was poised to be this season’s Corinne Olympios, and now she’s gone .

But shockingly, it wasn’t Demi’s departure that really shook up this episode. It was the other two girls who left, putting cryptic warnings into Colton’s ear, worming their way inside his head, gaslighting him into believing that he couldn’t trust his own perceptions. Looking at you, KATIE! SYDNEY!

I am honestly in awe of these master manipulators. One minute, Colton is happily making out with all of his blondes, all across Southeast Asia. Then, with just a few subtle hints of warning, Colton becomes convinced that this whole futile exercise is for naught! And what word is that? Ready?

Ready. READY! That’s it. Ready! Sydney warns Colton against getting distracted by “shiny objects.” Ooooh, who died and made her the Queen of Internalized Misogyny?!? Some of the other girls aren’t “ready” — ready for…. what? Ready to marry a football player that they just met four weeks ago? Katie echoes the warning, and now Colton’s really spinning. There’s a mole among them! One or more of his Lauren B’s are Not Ready!

And… this is a problem because…? Now, I’ve never been married — I’ve never been asked — but isn’t “being ready to be engaged” a rather conditional situation? Or am I wrong? Is there an internal timer that goes off when you’re “READY!” and then you’ll just accept the first marriage proposal that comes your way? That’s… horrifying!

But then again, that may be the WHOLE premise of the show! Don’t sign up to be a contestant on The Bachelor if you’re not “READY” to accept the proposal of a stranger. Don’t sign up for the helicopter rides, the worldwide jet-setting, the impromptu concerts by country-pop singers, the “surprise” fireworks. Sign up for the right reasons. Sign up when you’re “ready” to say YES to that Neil Lane diamond on the beach.

And here’s the irony: the man assessing the “readiness” of these women is a man who himself has never felt “ready” to lose his virginity. He stresses this episode that he isn’t saving himself for marriage. He’s saving himself for when he’s ready. And apparently, he isn’t ready yet. How will he know “ready” when he sees it?

Katie, Sydney, I have to give props where props are due. That was some master manipulation. Preying on Colton’s insecurity about being ready for love and commitment to ruin the rest of his experience as Bachelor is deftly cruel thing to do to someone. You know the saying if you can’t beat them, join them? I suppose this saying is, if you can’t get a rose on your own merit, torch the mansion on your way out.

Are you ready to see how this plays out?