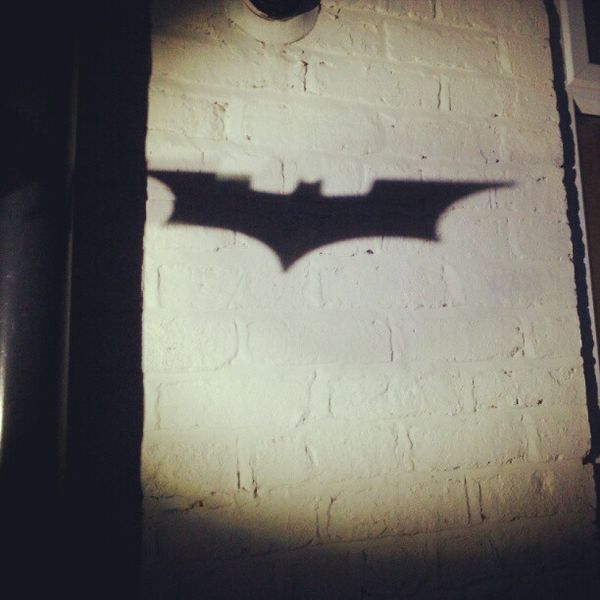 So, DC Comics has launched a new label called “DC Black” (“why it gotta be black?” — RuPaul) which is aimed at a more “mature” audience, presumably to tell stories with more sexual content, because they had no problem grappling with extreme, disturbing violence content under their existing label. Especially when it came to Batman.

So I guess it’s only fitting that their first title under the new label is Batman: Damned #1, and we get to see Batman’s penis. Okay, NOW you can click away just long enough to scroll through the boring stuff and judge it for yourself. Then come back. I said, come back! Cuz we gotta dish about the BatPeen.

I don’t feel as qualified to comment on this penis as, say, a locker room towel valet (??? is this a job??? pls advise) but I’d venture to say the artist has drawn, on Batman, a pretty solid wang. And I can’t say I’m surprised.

On the one hand, it’s nice to *finally* see our male heroes sexualized in the way that female heroes have loooooong been depicted as objects of lust (which is a whole other blog post, you guys, and I’m not gonna write it, cuz it’s already been written way better by more thoughtful authors than me, and she already done had herses). And, as with the female heroes and their exaggerated secondary sex characteristics, i.e. BEWBS, it’s unsurprising that the genitalia of the male heroes, now that we’re finally seeing it, would be exaggerated. Let’s be honest with ourselves, fellow horndog comic book geeks: we want to be *a little* attracted to our heroes.

But do we *want* Batman to have a Big Wang? (lol BW – Bruce Wayne – oh my god I promised myself I’d hold it together). Masculinity is having A Moment. We’re in the middle of #MeToo, as much as you can say, we’re in the middle of existence. There’s been more thinking recently on Fragile Masculinity than ever before. You KNOW I couldn’t write an entire blog about Batman’s penis without bringing up Fragile Masculinity! I ask the penis-havers among my readership: isn’t there a small part of you (oh god Meghan hold yourself together) that kiiinda wanted Batman’s dong to be small? So you could think to yourself, “Hey, I have a bigger penis than Batman!” Because there’s a tiny bit of pride linked to knowing you have a bigger schmeckle than The Dark Knight? Would that have been kind of thrilling?

It certainly would have been the more body-positive choice. Imagine Batman, wealthy playboy and hero we deserve, with an average-to-small dick. Most men have “average” penises. That’s how the word “average” works. Comics have been making tiny steps towards drawing more “realistic” bodies for a while, but it’s been very slow going, as they’re one of the vanguards of pushing unrealistic ideals. Sure, you *could* draw Batman with a knee-knocker of a donkey dong, but why? You’d just be reinforcing the tired idea that the male “ideal” is for a rigid baby’s arm of a wang. Is this comics, or is this porn? What is the purpose of giving Bruce Wayne a GIANT PENIS? He’s IMAGINARY!

We’re also in the twilight of the Summer of Big Dick Energy. BDE is associated with a calm, confident demeanor that signals the haver of a big dick. Does Batman have Big Dick Energy? I’ll let you decide for yourselves. But it’s another symptom of Fragile Masculinity that we judge a man’s supposed penis size by his character. I don’t see the dick of everyone I meet — maybe you’re a urologist and you do see the dick of every man you meet, and if that’s your lived experience, you’re ore qualified to comment on this than I, a mere casual slut who has seen only a few handfuls of peens in her day — but we do, so easily, and so casually, assume that a “bad” man has a “small” penis. For YEARS, comedians have been making jokes about Trump’s tiny dick! And we should absolutely point out that a tiny dick DOESN’T MAKE YOU a BAD PERSON, any more than being a bad person means you must, logically, have a small member. For all we know, Donald Trump could have a sizable and girthy schlong.

Oh My God. I so dearly apologize to my readers for luring you in with Batman’s dick, and forcing you to contemplate Donald Trump’s penis. Sincerest apologies.

So what do we think about Batman’s penis, pals? Drop me a comment below. Let’s discuss.