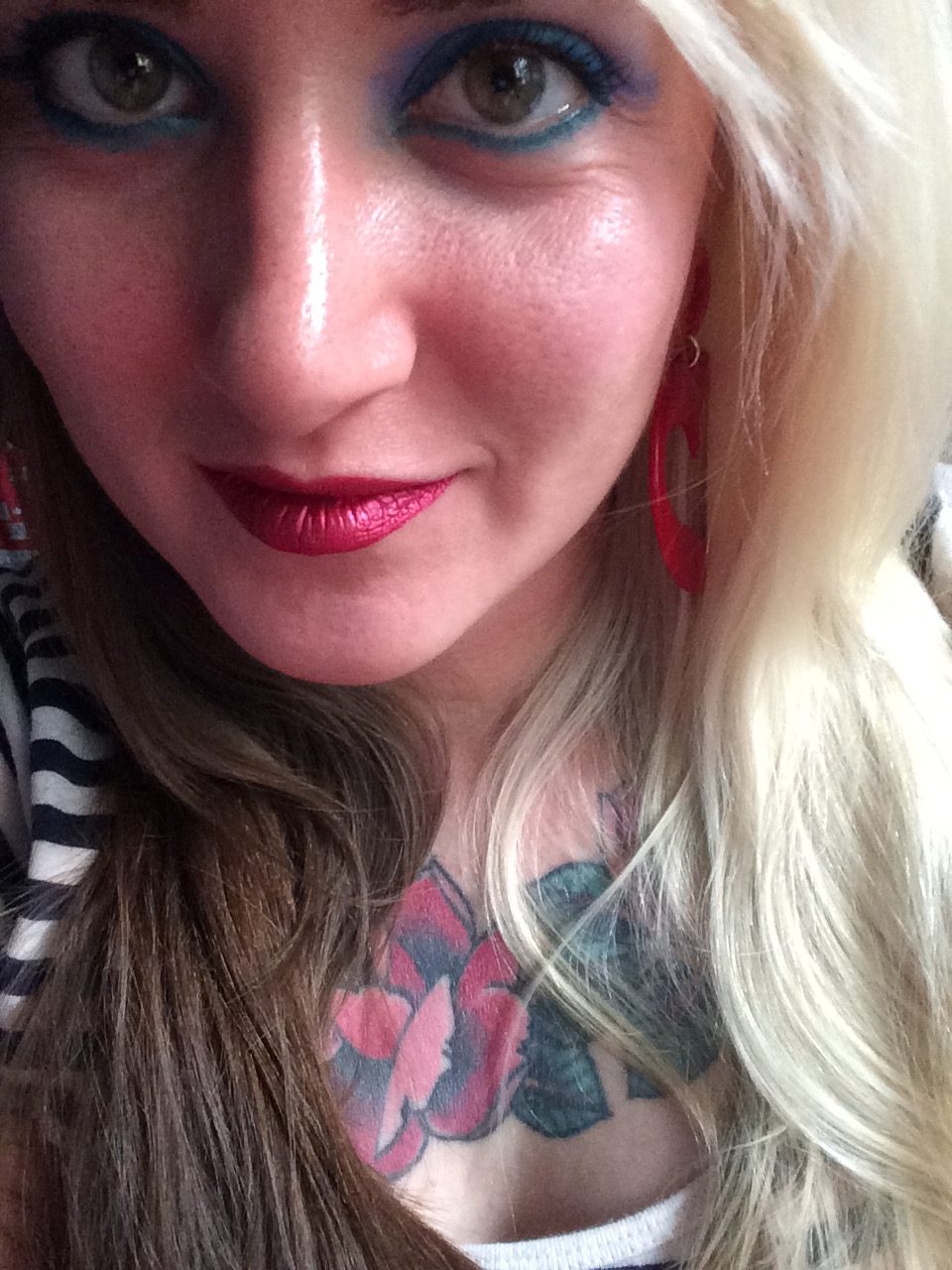 I hate a LOT of things.

That thing where you have to poop really badly but your roommate is in the bathroom and then you hear the shower turn on?

Legiterally, even I won’t touch my own face except to wash it. I think I heard an old wives’ tale once that said that “if you touch your face, you’ll get pimples!” Therefore, I don’t touch my face unless it’s with a FRESH Kleenex, or to lather it with soap or apply my prescription creams.

And you’re thinking, “So what? So you don’t touch your face. Big deal.” But from there, it’s spiralled into a full-blown obsession! Face itches? CAN’T SCRATCH IT, THAT’S TOUCHING. Rain drop lands on my cheek? CAN’T WIPE IT AWAY, THAT’S TOUCHING. Someone tells me I’ve got an eyelash on my face? And they reach their filthy hand towards me to wipe it off? I gotta SLAP their arm away before they make contact with my face! My precious, icky, problematic face!

I was changing trains at Broadway Junction. Broadway Junction is deep in Brooklyn — or maybe it’s Queens? — it’s SO FAR OUT THERE. It’s where the L meets the AC and the JZ and sometimes you’ll find the odd M train out there? It’s Broadway Junction, it’s all the way the fuck out there, anything goes!

Broadway Junction is also a clusterfuck. I can say that, it’s one of the stations I visit the most. I’ve been there at the crack of dawn and also obscenely late at night (I run work errands through that station) and no matter the time of day, it’s crowded with people screaming at each other, on their cell phones, at pigeons. There’s perfectly adequate signage, and yet, nobody seems to know where they’re going, they just mill about aimlessly. And another pet peeve of mine! It ALWAYS seems as though the crowd tries to PUSH their way onto the crowded train, clotheslining the passengers who are trying to exit the crowded train, in a massive gridlocked rush-hour Red Rover situation? UGH, I *hate* that!

But speaking of “hate,” let’s get back to my face.

So I’m at Broadway Junction, and there is a man screaming at passersby. Pretty typical, but there’s something about this man. His rage is not directed at the general population, he’s picking people out and trying to start fights. This guy isn’t lost in his violent dream world — he’s very much present and he very much wants to fight you. In other words, this is a dangerous dude.

And even though he looks about 80, there’s something about the way he’s frothing at the mouth and swingin’ those fists around that makes me nervous. My mind starts racing to Worst Case Scenarios:™

It’s this last hypothetical Worst Case Scenario™ that I decide to fixate on with my Irrational Panic Thoughts. My Anxiety Brain has decided that this screaming man, who is attempting to pick fights with the strangers at Broadway Junction, is definitely going to punch me in the face.

Here’s where things get weird.

Here’s where things get weird?

Yeah, here’s where things get weird:

I’ve resigned myself to this fate. “Okay. This man is going to punch me in the face.” I’ve decided that I’m mostly okay with this. I mean, I’ve been living in New York for almost ten years, and I’ve yet to be punched in the face by a stranger. Can I even call myself a New Yorker if I’ve never been punched in the face by a stranger? Sure, it’ll probably hurt, and maybe I’ll have a black eye, but what a story! Can you imagine THAT blog post? MTV True Life: I Got Punched In The Face By An Irate Stranger At Broadway Junction! Hellooooo, clickbait!

Then I realize something that actually makes me pause. If this angry man punches me in the face, then he will have touched my face. With his DIRTY HANDS.

If you think I’m exaggerating, I assure you, I am not! And you’ll say, “Meghan, big deal. So you wrote a whole blog to say that you don’t want to be punched in the face by a stranger. That’s not unusual!” And I say, that may not be unusual, Tom Jones, but how about this? Before meeting Kenzie, my puppy-sister, I was worried that she’d be a face-licker. Friends! You know how much I love dogs, I ADORE dogs, but NOT WHEN THEY LICK MY FACE. So you see, my hatred of face-touching extends even to things I should LIKE!

In conclusion. I appreciate touch. One of my love languages is TOUCH! Yes, I read the book, I took the quiz, and I got an exact tie between that and “Words Of Affirmation.” And I SO appreciate good touch! just NOT   THE   FACE.