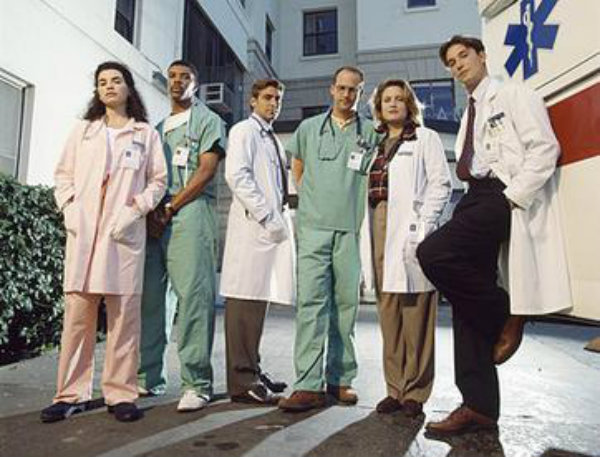 Let me tell you a little story about Teenage Meghan.

She was SOOOO OBSESSED with the television show ER, that she dressed up as one of the characters for Halloween in senior year.

Every Friday lunch period, she would perform an elaborate one-woman recap of the previous night’s episode of ER — including musical parodies — because she was JUST. THAT. OBSESSED.

So when I saw that Hulu had the entire series for my viewing pleasure, you know I started binge-watching faster than the docs ask for blood gases on a trauma patient. My god, it’s been 16 years since I’ve watched this show… but does it hold up?

Oh, HELL YES. These days, I’m a little more sensitive to the sight of blood, so I definitely watch through my hands a little more than my 18-year-old self, but it’s still a DAMN good show. The cameras following characters walking through the hallways, the precocious young patients who teach the doctors Life Lessons, the egos, the medical terminology, IT ALL HOLDS UP!

Listen — — have you ever rediscovered something that brought you intense, profound joy when you were younger? Little did I know that this nostalgia was lurking there, all along, until Hulu shoved it in my face. Gosh, wow. I’m absolutely tickled pink. You know where I’ll be on this snow day.