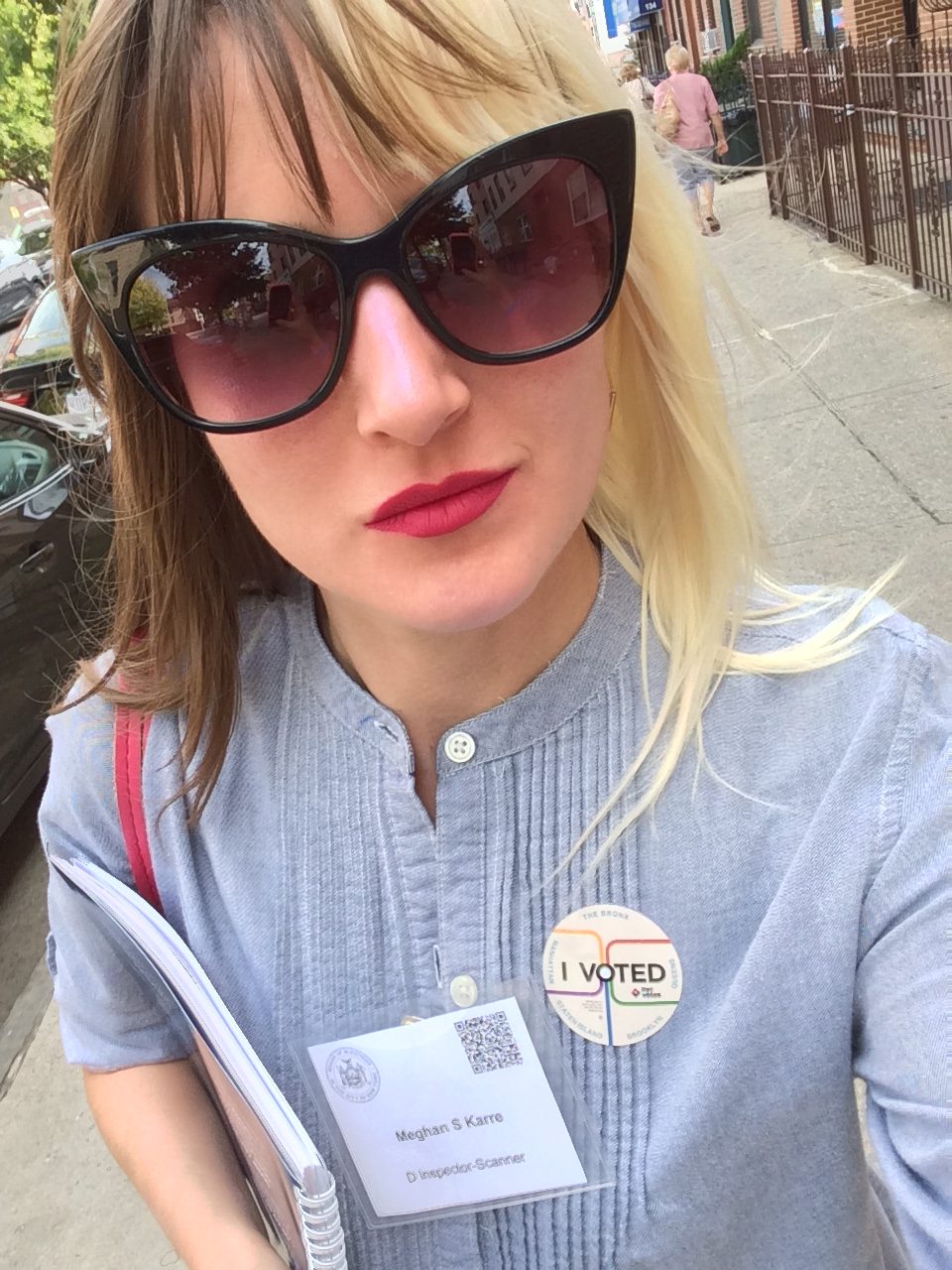 I became a Poll worker because… honestly? I was desperate for a job and I heard they paid decent money. I kind of resented it: the long hours and the complicated procedures. Also, I had never actually voted. But you remember that part where I said I was “desperate”? So I signed up, I took the test, I aced it didn’t I? And I worked my first election.

And I fell in love with it.

All day long yesterday — and when I say LONG, I mean LOOOONG — voters kept thanking me for volunteering. I had to correct them – it’s a job! We’re getting paid! But also, I don’t deserve their thanks. I love it.

I was stationed, as I was last November, on the scanners. This time, the layout of the room was such that we were the first station people saw when they walked in to vote AND the last people they interacted with on their way out. To me, this was like a party! I got to welcome all the voters, set a merry tone, AND send them happily on their way with a cute “I Voted” sticker. It was like a 15-hour party, honestly, with an hour of setup and cleanup on either end. Yep, that’s a 17 hour day. But honestly, it was awesome.

So now, why I love being a poll worker…

I love having an outlet for extroversion! I love that I get to practice, on many different people in many different moods, my powers of people person-ing. Nearly everybody who came in to vote, left with a smile on their face.

I love pushing myself to do things that seem difficult. Running around with high energy and maintaining a good mood for 15 hours can be daunting, but it gets easier every time! People might be daunted by the hours, but it’s actually not that hard.

I love being hyper-organized. I love that the process of opening and closing the poll is so highly regimented and specific. I love following the steps to the letter and making sure everything goes in its proper place. There is nothing chaotic or uncertain, it’s all procedure.

I love the “special” atmosphere. Election day(s) feel like a holiday! I wake up EARLY in the morning and spend all day at an 11. The excitement is palpable all day long.

If you can spare a couple days in the fall, you should totally be a poll worker! In NYC, they will pay you — Yes, those subway ads are true! The training is easy, you’ll most likely get to work close to home, and you were gonna go to the polling place to vote anyway, so you might as well do it! Take it from me (would I lie to you?) — I started this because I was desperate for cash, but I keep doing it because I love it. Also, cash. What two more compelling reasons could you ask for?