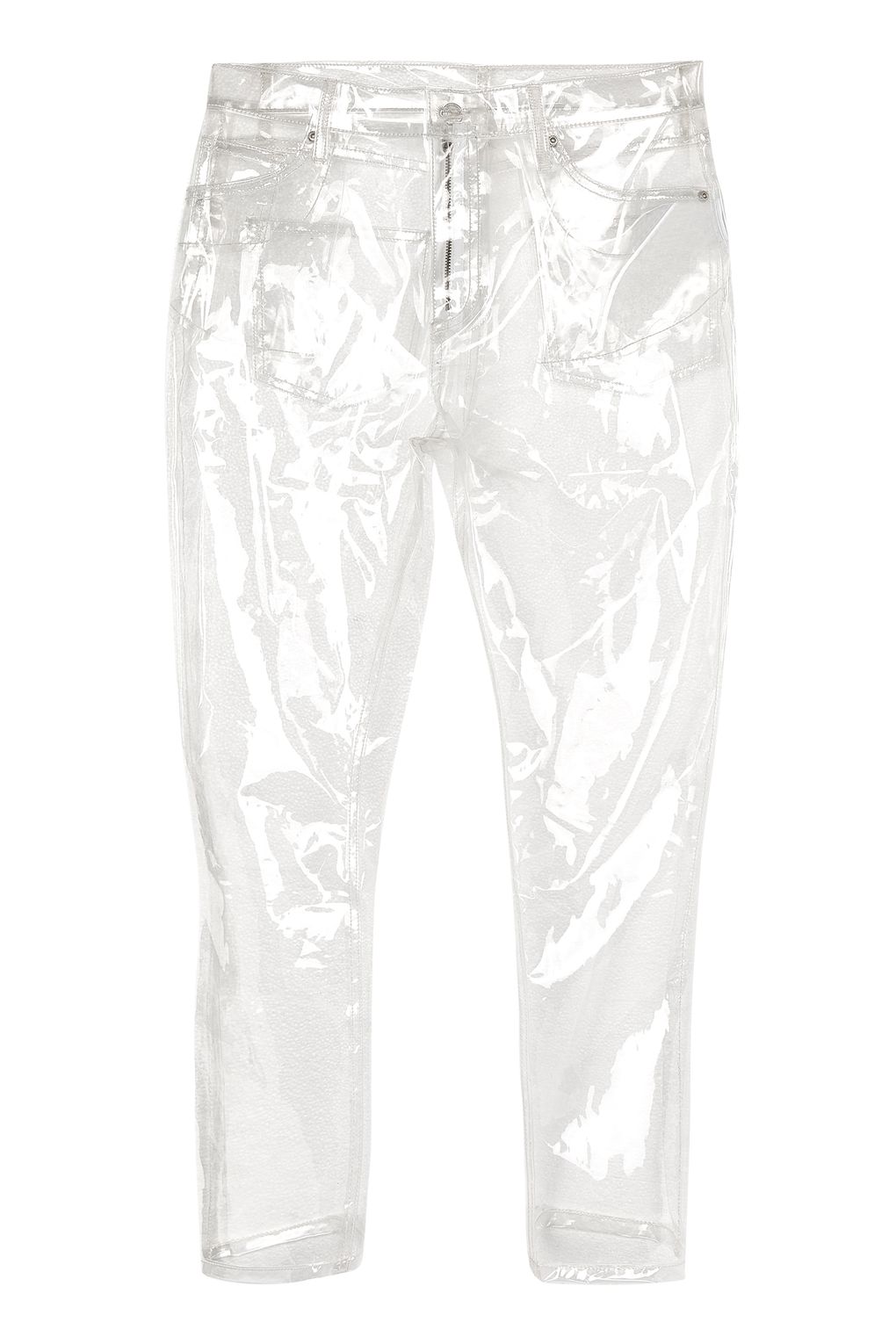 Grok these pants. Go ahead. Grok them fully.

Like any child who grew up in the ’80s — that’ll be the nineteen-eighties, thankyouverymuch — we were taught through our movies, television, books, and music videos to expect certain things from our future:

Don’t act like you weren’t raised on this shit, too.

Come on! And while I can’t get excited about flying cars or being used as a human incubator for the wealthy (Handmaid’s Tale, anybody?), I’ve been waiting for so long for futuristic fashion. Don’t tell me y’all weren’t gagging when Katniss and Peeta rolled up to the capitol like “Oooooh I love her hat!” I mean, it doesn’t even have to be GOOD, it can just be…weird:

Like, what’s up with those shoulder-spoilers, huh? They keeping dust from settling on your upper arms? Dust from our fallen former civilization? I don’t know! But I’ll go with it!

So, Topshop is selling these clear plastic jeans and everybody is reacting like “Ugh, NO!”

See, we already got the worst parts of the future: our home planet is being destroyed by greedy corporations, we’re at the mercy of an unjust government, and a select few elite live in a technological paradise while the gap between the rich and the poor yawns wider every day and the threat of WAR looms heavy over our heads. Also, ROBOTS!

The fashion is supposed to be the fun thing about our dystopian future/present! Silver bodysuits and plastic pants and all! Look, until they give us our flying cars (maybe??? could happen???), this is the one upside of living in The Future we were raised to expect. Embrace the weird futuristic fashion trends!

Hey, it’s this or the meal-in-a-pill. As someone who enjoys chewing food, I gotta tell you: this is wayyyyy better.