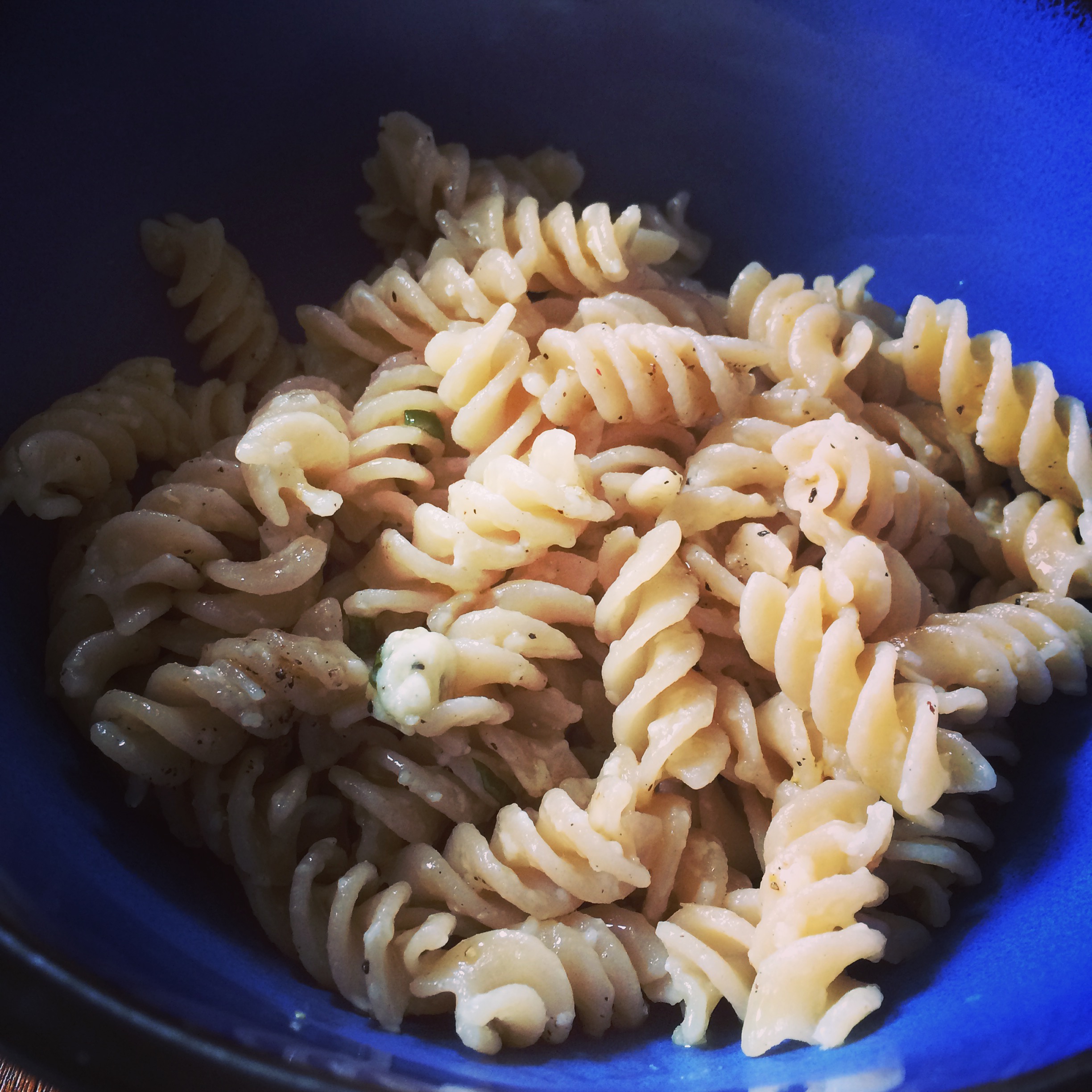 Yeah, I invented a pasta.

I’m going on record as saying that I invented this pasta because I had a craving for something salty and carb-y during my last menstrual period and I let my uterus pick the ingredients. And my uterus was eyeing that bag of brown rice pasta from Trader Joe’s that had been sitting on the shelf in the kitchen, unopened. 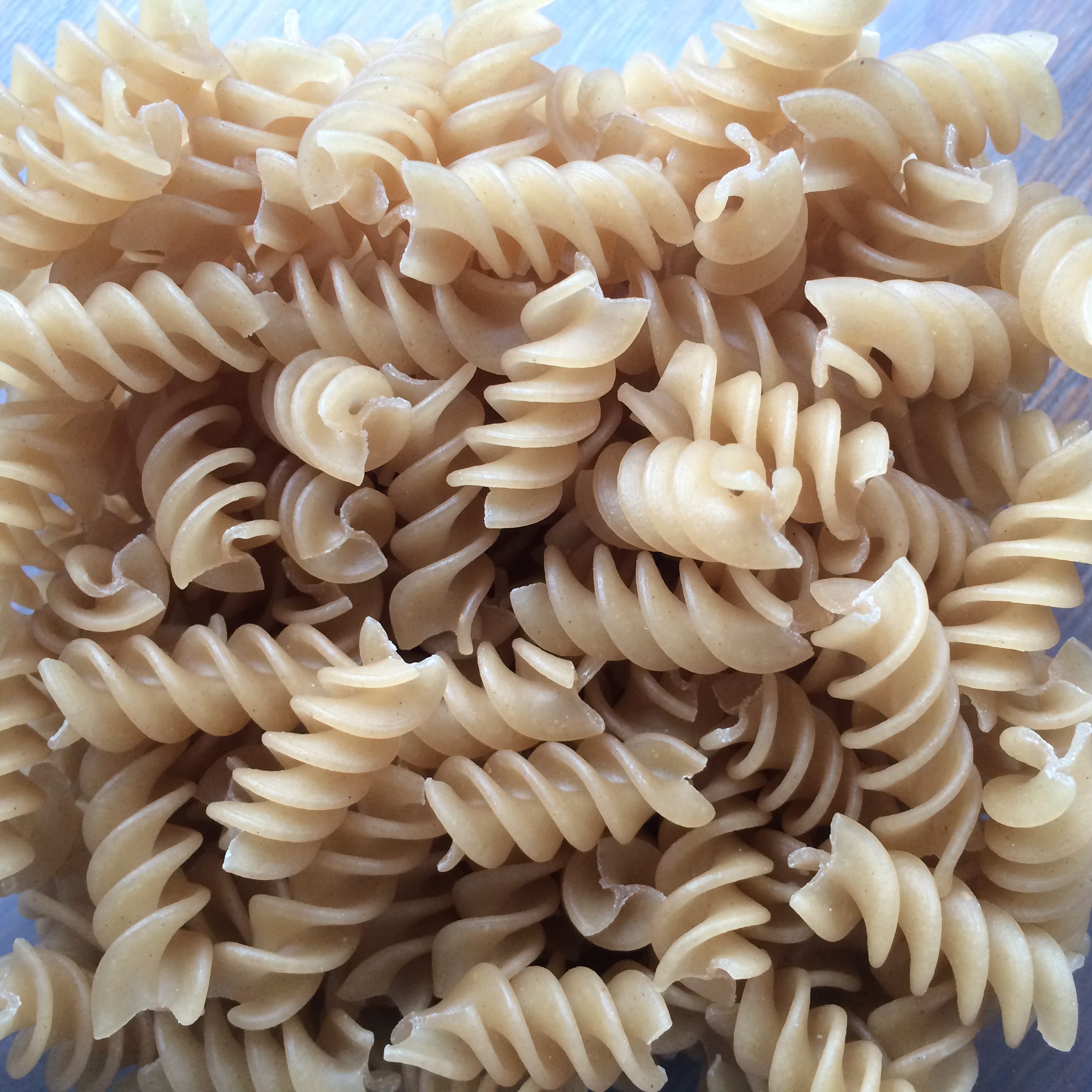 YEAH, brown rice pasta! Guys, this is such good stuff. Just plain, it has such an earthy, nutty flavor. AND it’s gluten-free! IT’S GLUTEN FREE! In my opinion, it tastes WORLDS better than regular pasta that you weird gluten-eaters eat all the time. Pick up a bag and try it, seriously.

And while I was in the kitchen, I noticed that my basil plants – which have been kind of struggling since September – desperately needed to be trimmed back, so I snipped off a whole bunch of fresh basil. Side note? They haven’t really recovered since then, but it was totally worth it. 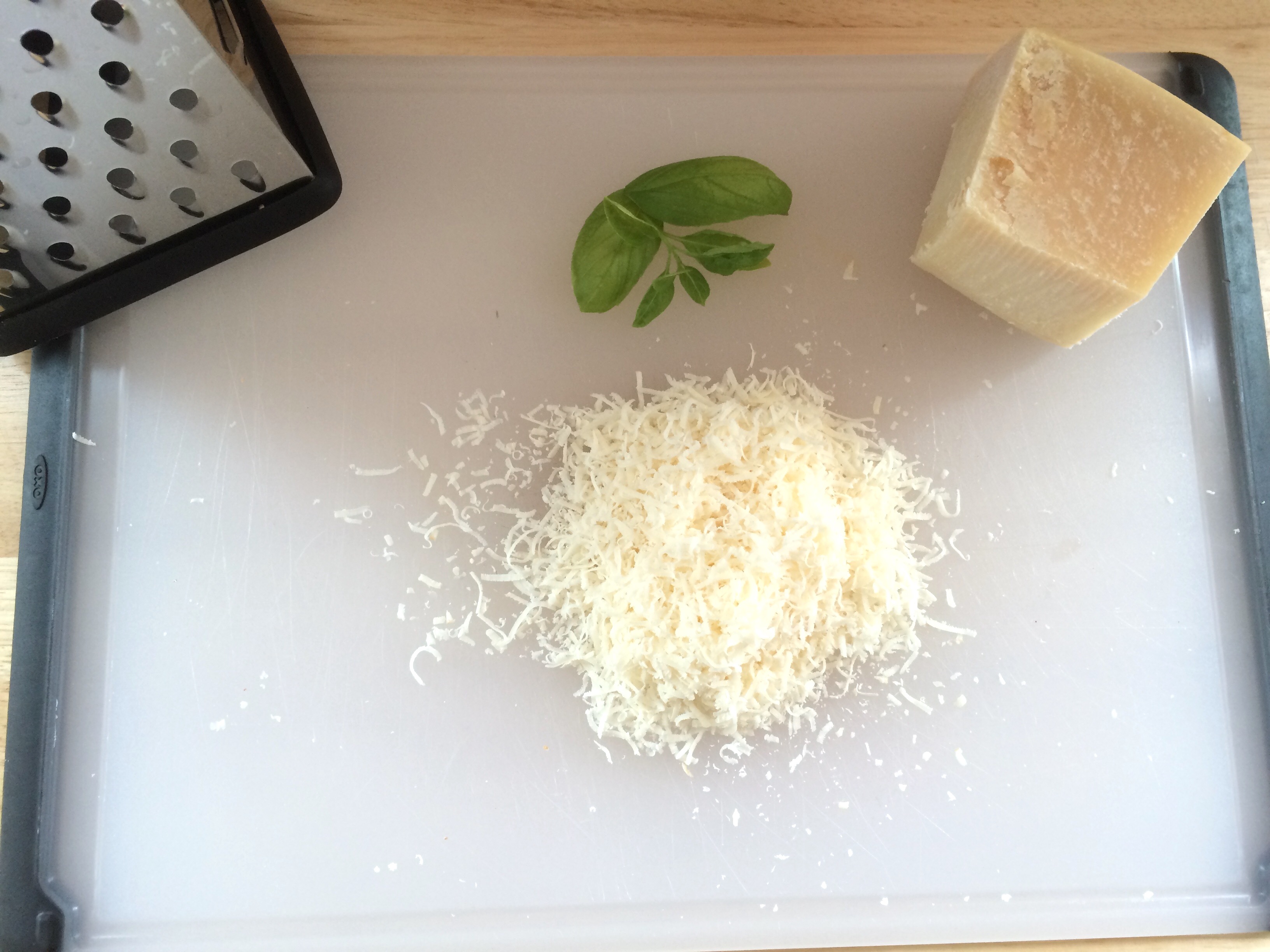 Pasta. Basil. Olive oil? How about some Parmesan cheese? Lots of salt and pepper, and a teensy squeeze of lemon. This is so simple but so salty, which is everything to me when I’m craving the salty carbs! And I’m going on record as having invented it. Don’t burst my bubble. If someone else has already invented this, don’t tell me. I’m feeling pretty good about my invention. You can try this at home, and adjust the levels of seasoning to your own taste! I’m so happy to share my pasta with you, but mostly, I’m writing it down here so I remember what I did for next time I’m craving salty, cheesy pasta! 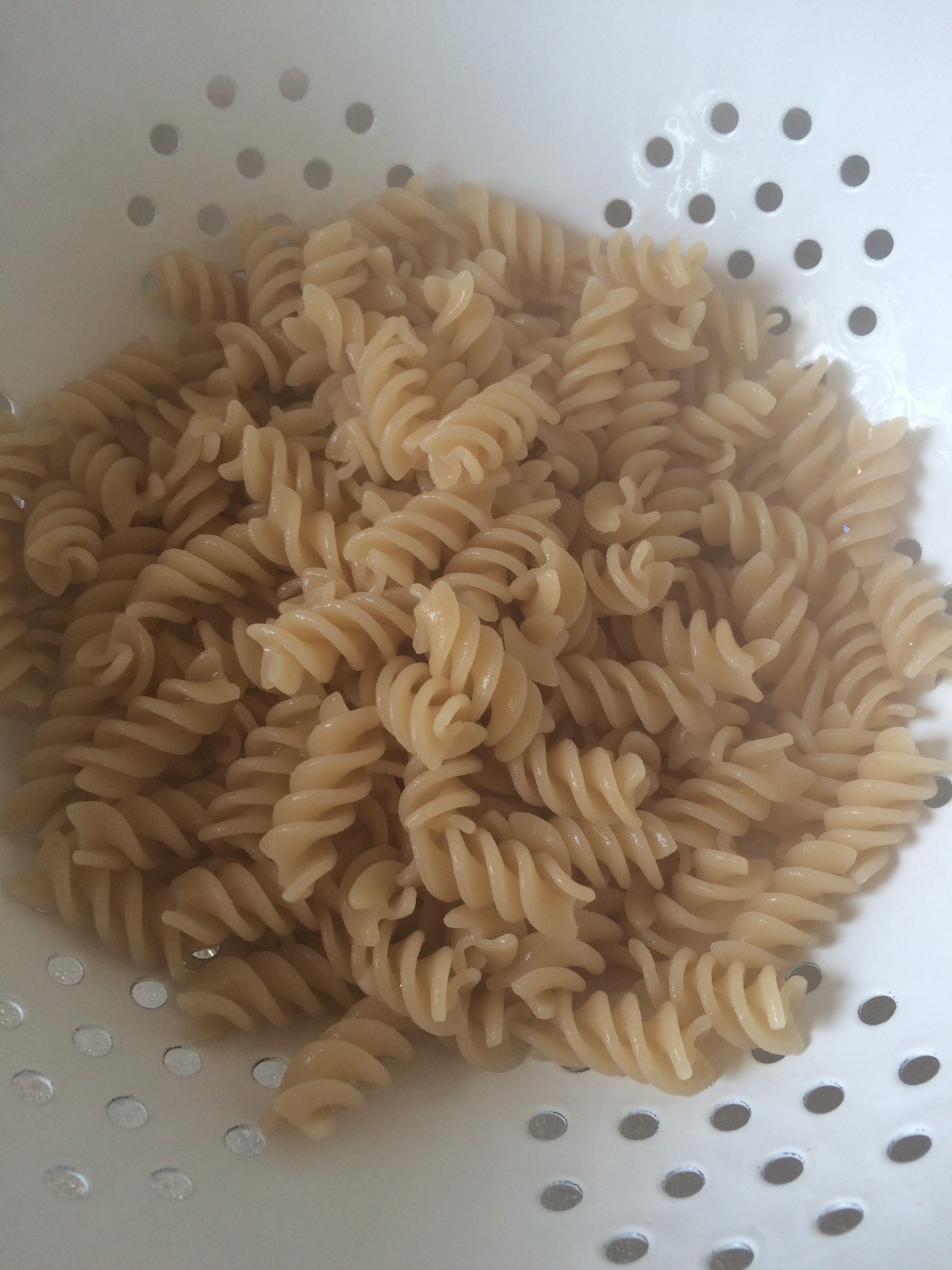 Cook the pasta with salt and olive oil in the water. After draining, add more olive oil, salt, pepper, and herbs. Stir in grated Parmesan, and a teensy squeeze of lemon. ENJOY, and sing the praises of moi who is so clever and good at inventing pasta and things.