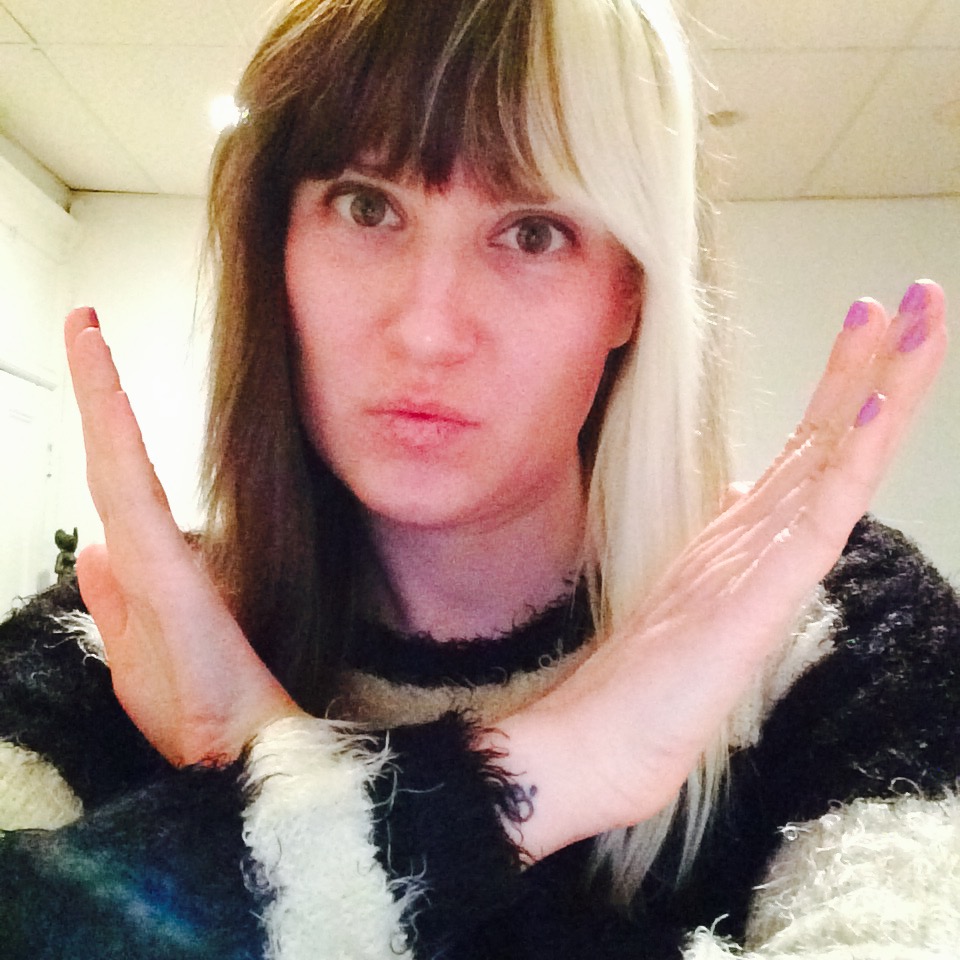 Read it again: it makes sense.

I was raised Catholicish, which means we were really The Most Catholic two times of the year: Christmas and Easter. Both holidays were preceded by a months-long buildup of anticipation at church wherein the man in the pulpit raised his voice and railed about how it was important to attend church ALL YEAR ROUND, not JUST during the two major holidays. Catholicish parishioners squirm in their seats. Gotta hand it to the priest: he knows when he’s not just preaching to the choir! Har har.

But while the Christmas holiday has a lead-in called Advent with pink and purple candles, wreaths, and those cardboard calendars filled with festive chocolate treats, Easter has Lent. Lent. Lent.

I was quite surprised to learn that it is now Lent. I’ve fallen far from Catholicish to Full Blown Atheist. As my Twitter and FACEBOOK friends lamented on Tuesday that they needed to eat their full of pancakes before the Lenten season of fasting and sacrifice, I smirked inwardly: I’m an atheist! I can eat pancakes whenever I want! Even for dinner sometimes! But I don’t, because pancakes aren’t gluten free, and I really prefer savory breakfast to sweet breakfast foods anyway. But still!

If the hip thing to do to celebrate Advent is eat chocolates shaped like bells and snowflakes, the hip thing to do during Lent is give things up. I did this as a kid, too. In fact, all ages are encouraged to “give something up” for Lent. I Googled it (because I’m a bad Catholic, duh) and it seems as though the reason behind this is that Jesus like fasted for forty days in the desert, so in 2017, you’re supposed to give something up for Lent to like play-act like you’re sort-of fasting, by avoiding chocolate or putting your Netflix on pause for a month.

I sound bitter? I sound bitter. I respect the practice of religion, you know, I take my shoes off when I enter a sound bath. The act of sacrifice to show devotion is amazing, you know. I remember being so proud of my observant Jewish friends for fasting on Yom Kippur. But everyone who’s even a little bit Catholicish knows that there’s another side to the “Lenten Sacrifice,” as it is sometimes called: the idea that giving something up will improve you as a person. Lent is often approached with the same attitude of self-improvement as, say, a New Year’s Resolution.

So why do I embrace the New Year’s Resolutions, but feel queasy at the idea of giving up something for Lent, if both seek to better the self? Why does the “sacrifice” rub me the wrong way? Am I just, as I said, bitter?

The belief that giving something up will make you a better person used to be a huge part of my life. I would go so far as to say that, for a while, it was my entire life. I might even attribute my slow descent and decade-long battle with disordered eating to the belief, at least at first, that giving something up would make me a better person. First, it was a set amount of calories. I believed (and was supported in the belief) that 1,200 calories a day was the key to the kingdom of Heaven. Self-denial was the holy aim. Then, when that seemed too easy, it was 1,000 calories a day that would do it. Restriction was a way for me to feel control. Then, most days, I would average between 600-800 calories. Punishment, self-deprivation, and starvation would pave the way to success. If diet culture was to be believed, as long as I could stick to my allotted calories for the day, I would be thin, happy, healthy, rich, and loved.

I became militant about counting calories, and even when I weighed 93 pounds, I was enthusiastically encouraged to keep destroying myself both directly and indirectly. Diet culture is ALL ABOUT this idea of denial, of giving things up: sodas! Desserts! Excess salt! Meals? Sure! Why not “meals” too? I lived in a perpetual haze of exhaustion and soreness. I bruised at the mere thought of bruising.

My lowest point — and I’m so happy to tell you all about this — came when I was working at the candy store. My stomach hurt from hunger and I couldn’t think straight. I helped myself to four jelly beans from the jelly bean display. Just 4 jelly beans. Jelly beans! An Easter staple! We’re staying on theme here!

After I swallowed these beans almost whole, I roiled with anger at myself. “A jelly bean has four calories,” I raged. “That’s sixteen calories over the daily limit, in one split second of weakness!” Then, for the first time ever, a dark voice in the back of my head whispered to me, “Go throw them up before it’s too late.” I remember standing at the top of the stairs, ready to run and try to make myself throw up at work — something I’d never done before. I saw myself from the outside, hovering outside of my body. It was as if there were words written in the air in front of me: YOU HAVE AN EATING DISORDER, they said. That wasn’t the moment I started getting better, not even by a long shot. But it was the turning point in my thinking, when I finally realized the thing I’d thought was soo good for me was in fact, the worst thing for me. Those “little” sacrifices, here and there? All the little things I gave up? That wasn’t self-improvement. It was UNHEALTHY.

Is it any wonder, then, that this little tradition of self-denial rubs me the wrong way? It has taken me years to be able to hear “diet talk” without fearing a relapse. To be honest, I still have a complicated relationship with the concept of exercise, remembering how I used to punish myself by moving my body to the point of collapse when I’d slipped up and eaten “too much.” For me, giving something up isn’t a harmless step to self-improvement — it’s one giant leap into starving myself.

So I’m giving up “giving up” things for Lent…for Lent. You all, you can do what you want. Don’t mind me when I wince at your devotion to giving up sugar, chocolate, French fries, or drinking for Lent. I’m not so recovered that I can talk about these things without wondering, in the back of my mind, if maybe I should give up something as well. I’m afraid of tripping, and falling down that slippery slope into self-destruction. Good luck with your Lenten sacrifice, your New Year’s resolutions, your diets as well. I’ll be over here deprogramming myself. That’s my self-improvement goal.