Ever since The Unthinkable Happened, the media have been rushing to mitigate the horror by insisting “Hey, maybe things won’t be so bad!” and “We have to give Trump a chance!” and prattling on about how he’s going to “Make America Great Again!” which, like. I don’t know, man. I’m pretty stoned as I write this, but I don’t understand what those four words even mean strung together like that. But, I guess it looks good on a hat, I suppose.

What words have we from the future Commander-in-Cheeto himself? Well, he claims he’s going to be a good president for all Americans. Oh?

Today, on this blog, I make a bet. A wager. A promise.

If Donald John Trump is, in fact, a “good president,” I will eat my hat.

But not just any hat. 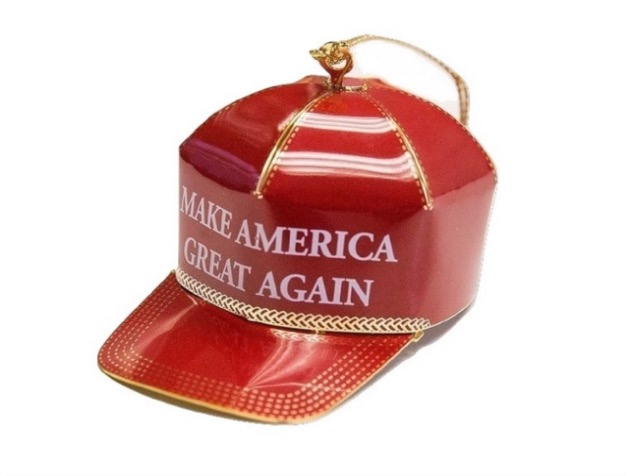 tl;dr, if Donald Trump doesn’t fail at the presidency beyond our wildest fears and imaginations, I will swallow this tacky AF brass abomination. If, and only if, he doesn’t:

-ruin our healthcare and education system,
-aid and abet hate crimes,
-normalize sexual assualt to epidemic levels,
-crash our economy AND/OR
-spark a war between nations,

I will slit my throat from the inside on the metal brim of this bullshit POS.

Anyone wanna take me up on the bet?

I feel pretty good about this bet.