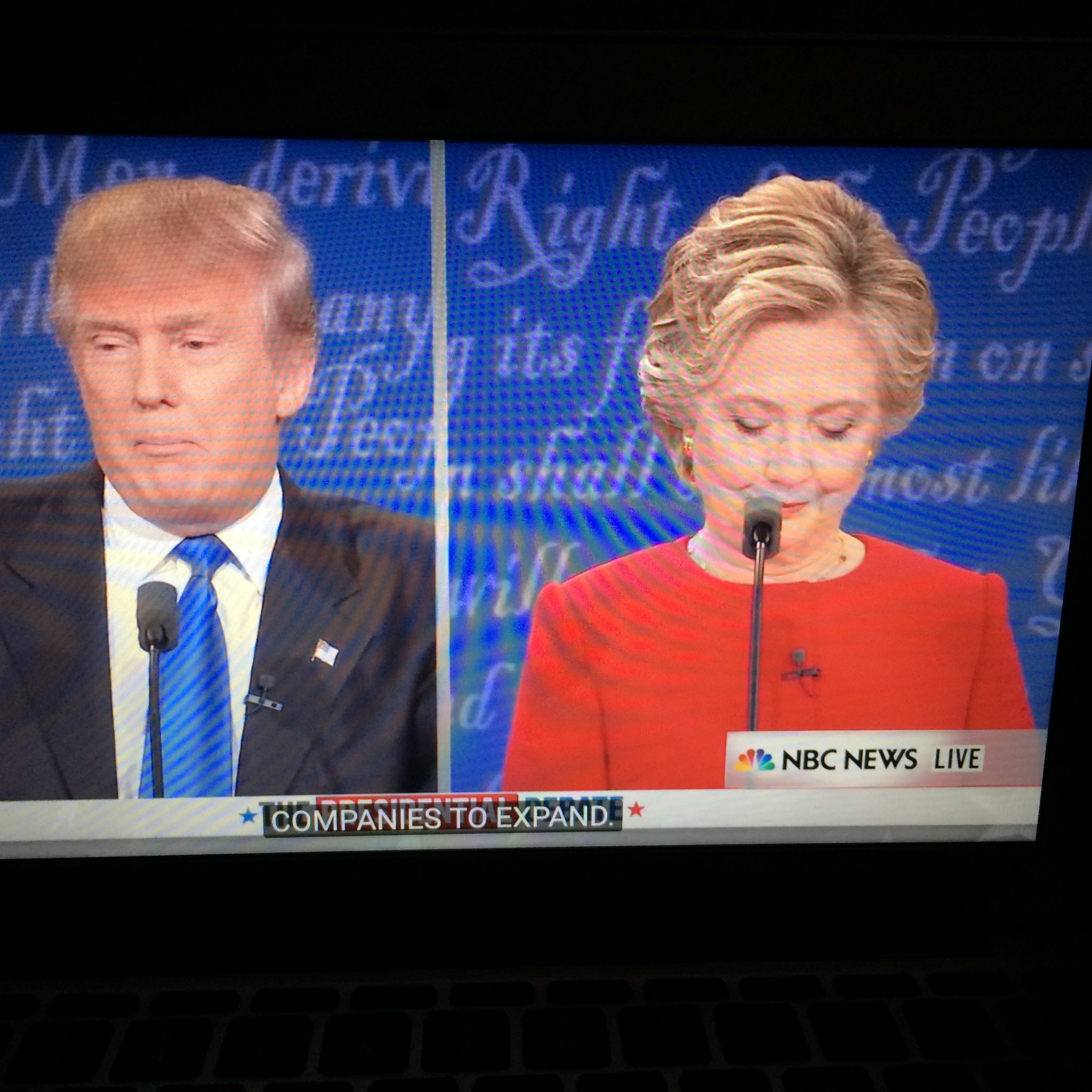 DID YOU WATCH THE DEBATE LAST NIGHT???

I am so glad that I did.

I was planning to watch it even though I was afraid, like I used to be of Nip/Tuck. I knew I was going to be disgusted, but I couldn’t miss the surreal drama. Except this isn’t DRAMA, it’s like, America’s future? I was afraid going into it because I’ve been having vivid nightmares about the Apocalypse and feeling generally hopeless about the future. Yeah, both of those things usually mean that my period is coming, but I think we’re all feeling it lately. America is PMSing. We’re pessimistic, depressed, and we’re looking at France to send the Statue of Liberty a care package of chocolate.

Anyway, I asked my boyfriend if he wanted to watch the debate, and he said no, but I turned it on anyway and within FIVE MINUTES we were jumping up and down on the couch. He threw on a hoodie and ran out “for beer,” because we could both tell that it was going to be a good night.

In case you weren’t watching, this was what happened:

Trump says if he paid taxes, “it would be squandered.” No, it would pay for roads, water, the military, the court system you use so much.

Now, everyone has been saying “ew, both candidates are terrible” for THE LONGEST and at this point, I’m sick of it. Trump tried to deflect a question about his taxes by bringing up Clinton’s email scandal. While staying unflustered, Clinton calmly waited her turn and apologized for the error in judgement with regards to the emails, and moved on. Show me a politician without scandal, and I’ll show you Sharice Frith, running for Student Council Treasurer at Horace Mann Elementary School. Every politician has some scandal, and Clinton handled it well. Trump couldn’t recover at all.

I’m glad I watched the debate because now, I feel like the whole world has been forced to see what we’ve all been seeing: that Trump is an idiot and the only people reticent to vote for Clinton are sexist, plain and simple. I’m still terrified for the possibility of Trump, but now that I’ve seen Clinton come across confident, personable, and prepared, I feel like we’re all going to make the right choice and vote for her in November. Oh and you can bet I’ll be analyzing his anti-women statements from the debate over on Femnasty this Thursday! Check back in for THAT fun!