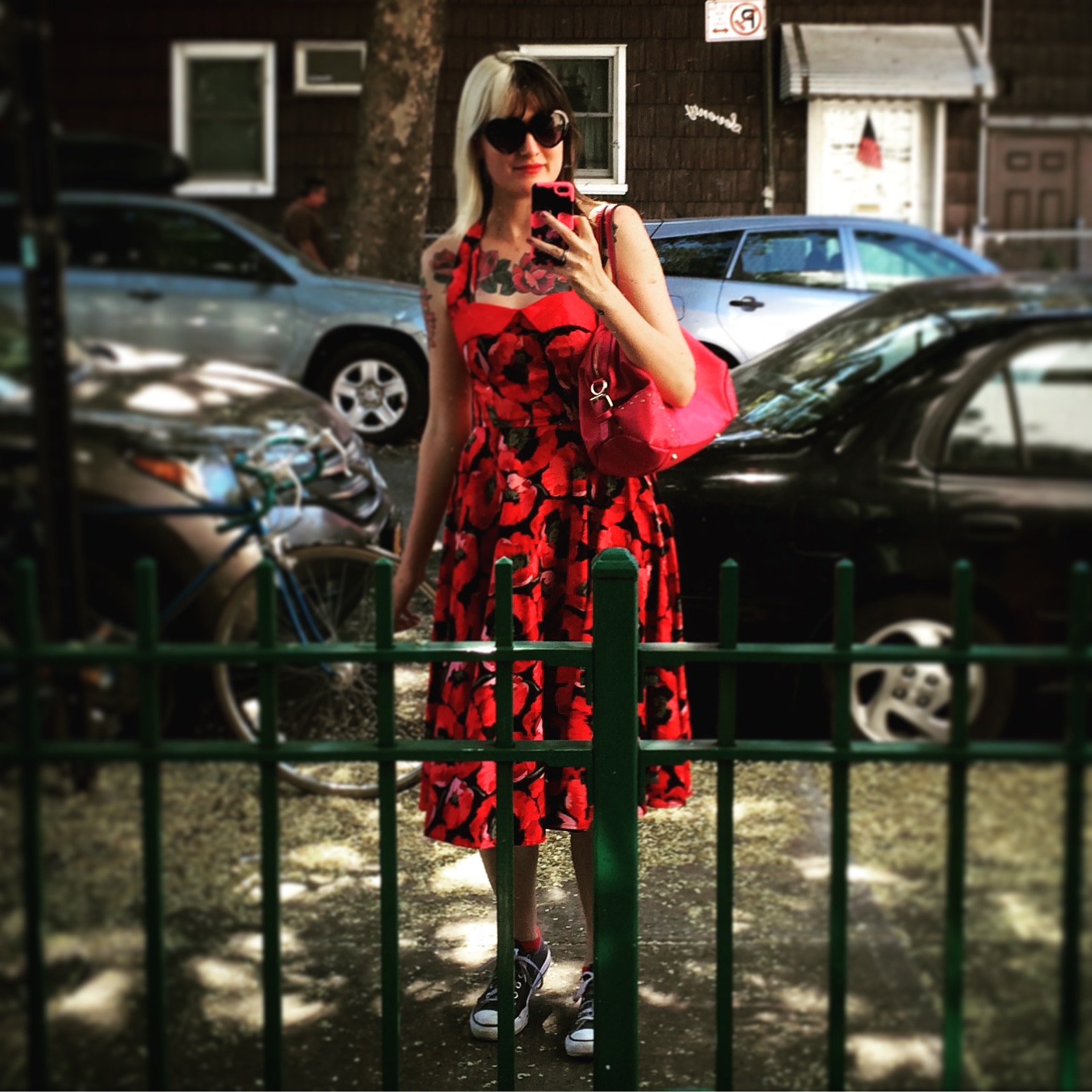 FEELING:  Wow. The month of July passed so quickly, it feels like one minute it was the Fourth of July and the next, I was celebrating my birthday! The month sure went out on several intense notes, it’s like a season finale of a TV show. To say that I’m overwhelmed would be an understatement.

LISTENING TO:  Wow, I really haven’t been listening to any music lately, is that sad? I usually listen to music in transit, and I haven’t been like, going anywhere. I did put in a special request on the drive up to camp, though, to hear Canned Heat’s “Goin’ Up The Country,” which is probably about dodging the Vietnam draft, but also has a great flute solo and makes me think of pastoral woodsy scenery!

READING:  I found The Andromeda Strain on a shelf up at camp and *borrowed it* to bring home and finish it (sorry!). I didn’t particularly *love* Jurassic Park, but maybe that was because the movie was so much better than the book that reading it after all those years was a letdown. I am hooked on The Andromeda Strain though, I’m halfway through and I love cooking up “theories” for the mystery!

WORKING ON:  Burning Man is so soon, we need to kick our asses into gear! I’m so excited to be back in the desert a year later, now it’s just a matter of packing, organizing, surviving a few nights alone in Reno (boring) and then we’re there!

THINKING ABOUT:  Wow, well, there’s been a lot to process already, and the month has only begun. I think radical changes are on the way. Well, at least things aren’t boring. But damn. I kind of wish they’d slow down a little? One thing that’s really been great is this Self Esteem Workbook that my therapist sent me, which has been totally blowing my mind, in a great way. Contemplating worth and having deep conversations. If nothing else, I really want to work on myself. Damn, that sounds so vague! What I really want is to break out of my ruts, shake up my way of thinking, break out of my comfort zones and see things completely differently. It’s actually exhilarating! Awful, and uncomfortable, but so gratifying.

EATING:  I’m super broke, so I’m trying to eat as cheaply as possible. That means a lot of gluten-free pasta and super-cheap sauce. On our drive back from camp, we stopped at a PJ’s BBQ-SA, and I met PJ, and he gave me a 2-liter bottle of his patented Loganberry juice, which I’ve been mixing with gin and lemon!

LOOKING FORWARD TO:  Oh gosh um BURNING MAN! I’m actually so very excited for so much. I can’t wait to be out in the desert. Then when I get back, it’ll be Halloween so soon! Then after that, holidays and oh my! I’m so thrilled that everything keeps getting better. You know it’s weird, but in discomfort I find new ways to grow, and I can’t wait to see where it goes.

MAKING ME HAPPY:  Birthday weekend up at Camp was incredible. More than just fun (it was!), I did so many things that scared me. I tried to learn to swim (kind of), I jumped off the boat to the dock to tie the boat up, I ran down in the middle of a rain storm to secure the boats. I feel like I’ve been doubting myself a lot over the past year, worrying that I was withdrawing and shrinking into fear, but after this past week, I feel like I believe in myself now. Believe in my courage to push through fear and discomfort to challenge myself in new ways. I’m so ready for Burning Man now. I’m ready to learn how to ride a bike (haha!). I’m ready to take risks and reap the rewards.