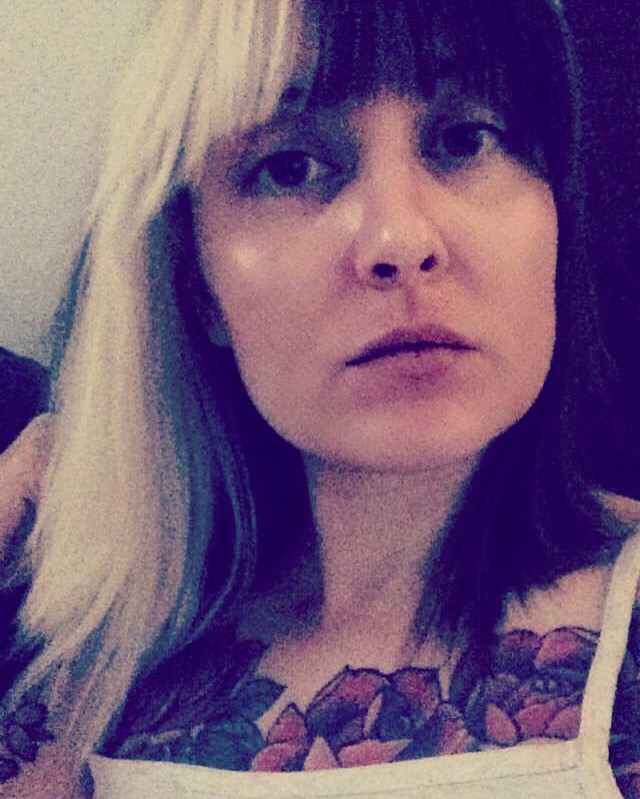 FEELING:  A little more focused than I was in the middle of last month. There was a period of real struggle after some serious blows and dark moments, but I’m starting to find a groove after picking myself back up. I hit a personal low last month and self-harmed for the first time since college, but my therapist has given me a lot of support and suggestions: for instance, holding ice cubes and doing breathing exercises. I’ve had some cold palms this month, but things are looking up.

WATCHING: Shitty reality TV is always the background for getting stuff done (or attempting to get stuff done). I also watched a few movies I’d never seen before: Footloose (which was over-the-top ridiculous), Top Gun (the most boring “action movie” I’ve ever suffered through), and Midnight in Paris. Okay, here’s the alternate ending of Midnight in Paris:

Int. Hospital room. Owen Wilson is strapped to a bed with a tube in his arm.

DOCTOR: When did the collapse occur?

INEZ: They found him outside Madame Toussaud’s. He was muttering something about a book, and kept repeating that I didn’t understand him. *breaks down into sobs* Will he ever come out of the coma, Doctor?

DOCTOR: Only time will tell, miss. Please don’t cry. Some people may be happier living in their fantasies than in reality…

I also want to throw out a recommendation for Netflix subscribers: the two documentary serieses The Sixties and The Seventies have proven dangerously addictive.

LISTENING TO:  The Footloose soundtrack really reminded me how much I love 80’s music! With Birthday Weekend at the end of this month, I need to work on a great playlist for partying late! The aforementioned documentaries also reminded me how great the British Invasion of the ’60s was, and I’m currently typing this listening to The Kinks!

READING:  I haven’t been reading ANYTHING lately. It’s truly awful. Just the odd Internet articles and whatever I’m researching. No reading for fun at the moment!

WORKING ON:  Submitting writing all over the place. It’s a dark and sad and cold world out there. More rejection than acceptance, that’s for sure! It can feel like shouting into a black hole at the top of your lungs, constantly feeling like you’re a waste of human life! HA HA! Oh so much fun!

THINKING ABOUT:  I don’t even fucking know, but it’s in the notebook, for sure. I’ve been carrying around this notebook and writing every damn thought that occurs to me in it, and that’s actually been the best help to clearing my constipated brain out of anything I’ve tried. I guess I need to be free to scribble and draw arrows on my thoughts? Dunno. Are notebooks and paper more helpful for anyone else?

EATING:  I found a reaaaaally good GF bread at Trader Joe’s, and have been making grilled cheese sandwiches! My basil plants have also been growing like crazy, so I’ve been employing that in caprese salads with grape tomatoes and tiny mozzarellas.

LOOKING FORWARD TO:  One of my OLDEST friends is coming up to visit me over my birthday, making the celebration all that more special! We only see each other once every few years!

MAKING ME HAPPY:  We went to a Yankee game the other night, and it was INCREDIBLE! They were down 4 runs going into the 9th inning. Most people had left during the seventh, because the Yankees were playing like first-graders about to be cut from their local tee ball team. Just RIDICULOUS. Falling over themselves, making errors all over the place, A-Rod was embarrassing. Then in the bottom of the 9th, they had a home run, which was cool but we were still losing, right? Then, with the bases loaded, ANOTHER HOMER. Now we’re tied, and we’re thinking, extra innings, right? A-Rod comes up to bat and it’s like he couldn’t hit a piñata without a blindfold on. Let’s just say the folks sitting by the foul line got a lot of free souvenir baseballs that night. Then the next batter comes up, scores the winning run, EVERYONE freaks out, Sinatra playing…it was really a night we won’t forget.