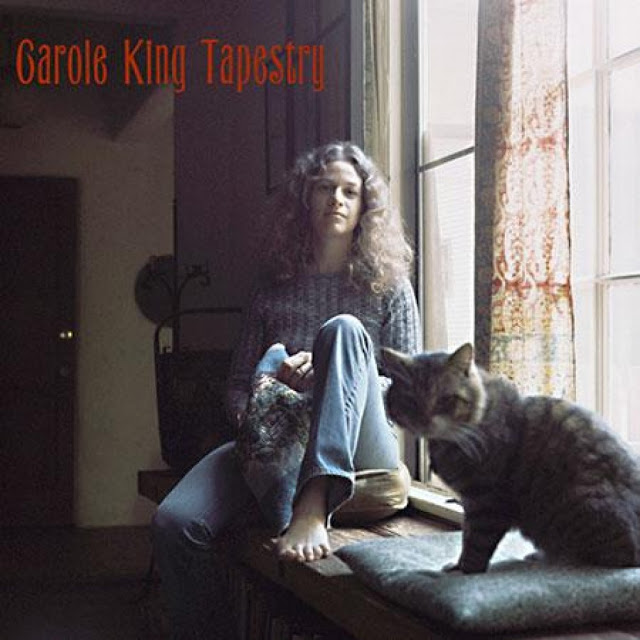 Sometimes I wonder if I’m ever going to make it home again.
I didn’t know just what was wrong with me.
Doesn’t anybody stay in one place anymore?
Carole King’s Tapestry is a masterpiece of meandering insecurities and confident piano riffs.  The album dives right in with “I Feel The Earth Move,” a jangly rock anthem that belies King’s understated, relaxed album cover.
Side A of the album is heartfelt, in every sense of the word. “So Far Away” is the quintessential song about emotional loss. “It’s Too Late” is the bitter acknowledgement of an irreparable relationship. But it is “Home Again” that resonates with me more than these well-known chart topping hits. When the music swells and King cries out the plaintive “snow is cold, rain is wet/chills my soul down to the marrow,” it’s impossible not to feel the loneliness in her voice. Carole King is a masterful songwriter, a veritable hit-maker, but in the lesser-known songs on the album is where her talent really shines. Similarly, “Way Over Yonder” is a gospel-infused poem in its own right, but King’s vocals raise it to a higher plane. With all this sadness and longing on just Side A, what is there to hope for?
“You’ve got to get up every morning/with a smile on your face and show the world/all the love in your heart” King urges us in “Beautiful,” the fifth track on the album. This tune has all the catchy piano-thumping of “I Feel The Earth Move,” with lyrics that you’ll want to copy over in lipstick on your mirror. The positivity carries us over into Side B, which is arguably more playful and upbeat. 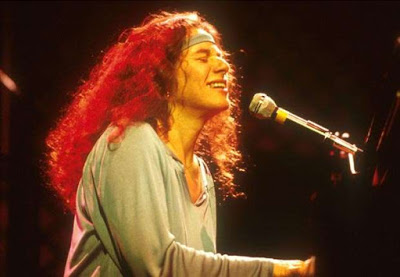 If you’ve never heard “You’ve Got A Friend,” where have you been living in a cave all your life? Proof positive that King’s album charts emotions all over the map, “You’ve Got A Friend” might be the response to “So Far Away” from the previous side. Our emotional journey takes another light turn with “Where You Lead,” which everyone recognizes as the theme song from Gilmore Girls. The bridge, which doesn’t make it into the theme, cements King as the salt of the Earth girl depicted on the album cover: “I always wanted a real home/with flowers on the windowsill…” but no matter what you’re feeling or where you are emotionally, there’s a song on this album for you. “Tapestry” is a throwaway, even though it is the titular track. “Smackwater Jack” is a bit of a hard listen, in today’s culture of mass shootings. The emotional climaxes of the album are when Carole King sings her own stripped-back versions of songs that other voices made famous.
The Shirelles took “Will You Love Me Tomorrow?” to #1 in 1960 as a lush, dancey, pop chart-topper. While the Shirelles’ version smacks of adolescent yearnings, King’s acoustic recording of her own song over a decade later is more heart-wrenching and mature. When the Shirelles echoed: “Sha-la-la-la,” we clutched our partners and shuffled awkwardly, instrumentals soaring as we contemplated what love might feel like. When King’s slowed-down rendition beg the question “tonight with words unspoken/you say that I’m the only one/but will my heart be broken/when the night meets the morning sun?” it’s as if she’s whispering to a sleeping lover from the other side of heartbreak. Older, wiser, and understandably more cautious. 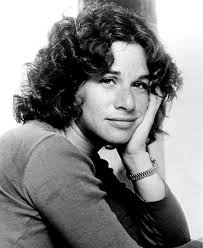 Similarly, in 1967, Aretha Franklin brought “(You Make Me Feel Like A) Natural Woman” to #8 on the Billboard charts. At last year’s Kennedy Center Honors, La Franklin brought the house down with a fresh rendition, and her powerful voice is undeniable. But when I hear the soft beginnings of King’s version, I can’t help but picture her on the windowsill, barefoot in the sunshine. That’s a natural woman, folks. Listen to the slow builds and soft retreats of her singing solo, with a piano:
Tapestry is an emotional odyssey. Carole King’s masterpiece ultimately teaches us that a ‘natural woman’ feels the sorrows (“So Far Away”), disappointments (“It’s Too Late”), and insecurities (“Will You Love Me Tomorrow?”) of life, but is resilient (“Where You Lead”), vulnerable (“You’ve Got A Friend”), and “Beautiful” in her own way. That’s what it means to be a “Natural Woman.” Thanks, Carole.
The Five Albums That Changed My Life Are:
ArrivalPearlTapestry
Double FantasyStop Making Sense