So it has been six weeks since the dermatologist.  Six weeks, remember?  She said I wouldn’t even START to see a positive change in my skin until at LEAST six weeks.

Which is why I was so excited that my face had been responding to treatment since day ONE!  Yay!  And for the past five weeks, it has been getting better and better!

Until JUST NOW.  Week Six, that fabled week I should “start to see improvement,” all that improvement has gone right away.  It is like I have been living in a dream these past five weeks of clear skin, a dream where shopkeepers don’t avoid making eye contact out of pity, a dream without babies bursting into tears at the sight of me.  It has been a wonderful five weeks, and now, I am crashed back down to reality.  I mean, what if that was it?  Those five weeks were the best weeks of my life, and now they’re over???  WHAT IF I’m just like “The Fuckin’ Ugly Duckling”???  Hey, don’t tell me you’ve never heard the story of “The Fuckin’ Ugly Duckling”? 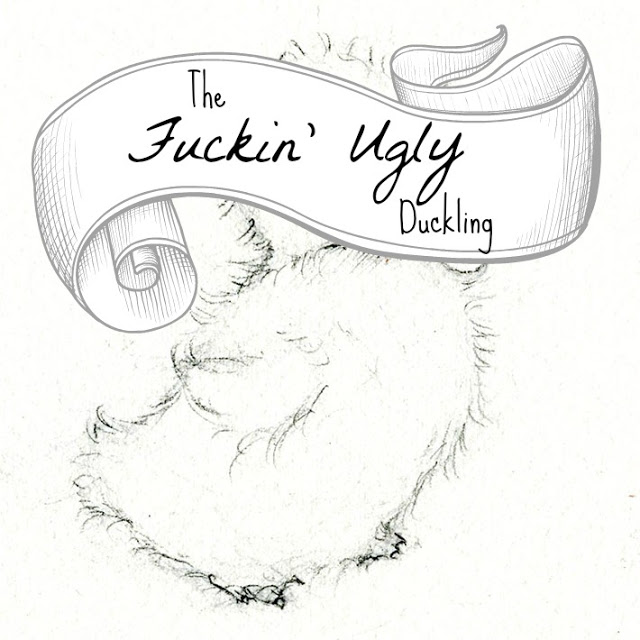 “If you hate your beak so much, why don’t you go to the Magical Wishing Pond?” they suggested, when really they just wanted the Fuckin’ Ugly Duckling to shut up about her beak so they could eat their bread-crumb brunch in peace (for a change).

“I think I will!”  said the Fuckin’ Ugly Duck.  So she called her insurance provider and got a referral for the dermato Magical Wishing Pond.

The Magical Wishing Pond hemmed and hawed.  “Well,” it said, “I think I can grant your wish.  BUT, I can’t guarantee the result.”

And so the Magical Wishing Pond granted the Fuckin’ Ugly Duckling’s wish.

The next morning, the Fuckin’ Ugly Duckling looked in the mirror and saw…just a normal beak!  “Well, this is okay,” she said, stroking it gently with her wings.  “I mean, I’m no swan, but at least I don’t want to kill myself anymore.”

The Fuckin’ Ugly Duckling lived happily ever after, finally knowing what it was like to wake up in the morning and face the day without suffocating under the lead blanket of self-hatred.

UNTIL ONE DAY, the Fuckin’ Ugly Duckling woke up and looked in the mirror to find HER ENTIRE HEAD COVERED IN BEAKS.  WHAT THE FUCKING FUCK.  Just fucking BEAKS EVERYWHERE.  Her head looked like a plate of steamed mussels.  How do you cover up a head full of beaks?  I mean, a hat isn’t going to help.  Cutting a fringe will only go so far.  This was a HEAD FULL OF BEAKS, people.  I mean, can you even picture that?  A BEAKY FREAK OF NATURE BEAK-FILLED BEAKFACE.  The Fuckin’ Ugly Duckling CRIED and CRIED and tears came out of all of her beaks and it was a wet, freaky, beaky mess.  FUCKIN BEAKS DUDE!!!

She ran down to the Magical Wishing Pond.

“What the fuck, Magical Wishing Pond?!?” she sputterd out of one of her beaks, while tears spewed out of the other beaks.   SO MANY BEAKS.  I mean, picture a duck with just TWO beaks, and it’s enough to make me wanna vom.

The Magical Wishing Pond shrugged.  Yeah, the pond SHRUGGED, it’s a fuckin’ fairy tale, you got a duck with a head full of beaks, and the pond can shrug!  Who’s telling this story, asshole?

“What am I going to do?” sobbed the REALLY Fuckin’ Ugly Duckling.  “I can’t go on like this!  I look like the Predator, but like, if Predator was made out of beaks!”

“Not so bad?”  the Fuckin’ Ugly Duckling leaned in close.

“NOT SO BAD?!”  the Fuckin’ Ugly Duckling leaned in even closer.

Because seriously, fuck that pond. 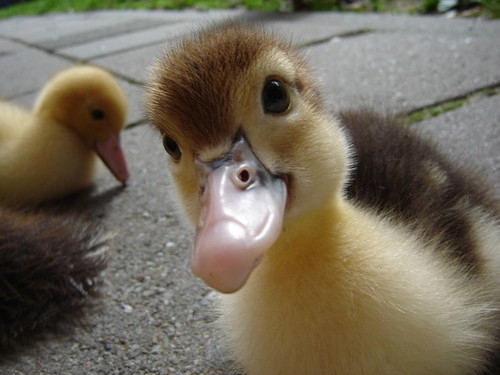 So I guess the moral of the story here is, even if you hate your face, remember, it could always be worse?  You could have a million duck beaks growing off your head.  Also, never trust a Magical Wishing Pond.  And also, gentrification is a motherfucker.