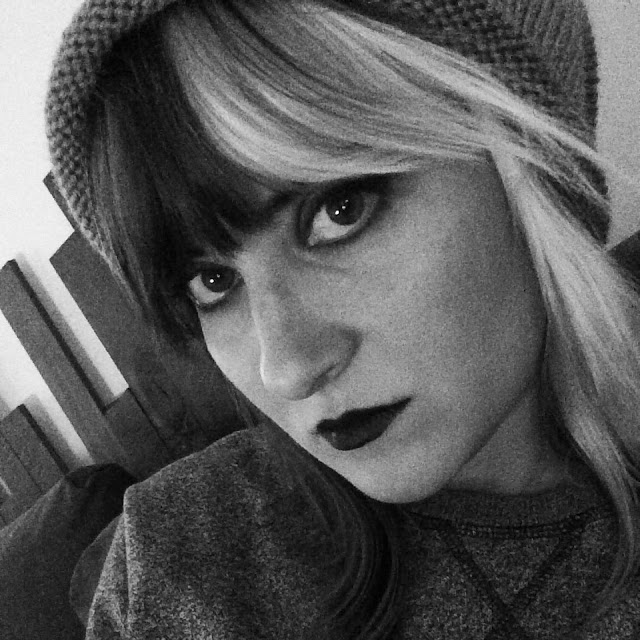 Hey, Sunday Stealers!  Our four-day weekend is almost at a close!  Now it’s less than a month til the next one!  Say what you will about the holiday season, it’s a pretty great time of year for time off!!  My T-Gives in CT was great.  It was so warm, we went on a hike!  In the nature!  But that’s neither here nor there, on to the Stealing!

1) Of the various cultures, ethnicities or nationalities you belong to, which most strongly do you consider yourself?   I’m definitely a goth.

2) Is there a culture you cannot claim heritage from but which you feel quite close to?   No?  Not really?

3) What’s one language you wish you knew fluently?   I would love to speak fluent French.  It feels like a sexy language, a fashionable language, and heck, Miss Piggy speaks un petit amount every so often!

4) If you could move anywhere in the world and be guaranteed a job, etc., where would you go?   Another major city, somewhere else.  London, Paris, Amsterdam, Toronto…or Owego, New York!  Go for small-town charm!

5) If you had a time machine, and could witness any one event without altering or disturbing it, what would you want to see?   I would go to Woodstock!  If I can handle Burning Man, mud should be NOOO PROBLEM.

6) Have problems sleeping?   Not really.  My problems are more linked to staying awake!  I am generally a good sleeper.

7) Are you free with your feelings?  Sooo freeeeee!!!  I mean, hello, this blog, super open and never holding back on stuff!

8) What is the one outfit/piece of clothing/accessory you own that
makes you feel incredibly good whenever you wear it? Why?   My Bettie Page dress is kind of bangin’.  I feel like I look good in it!

9) What do you do to make yourself feel better when you’re in a funk?   Put on some music and soak in a hot bathtub.  Never fails.  Or go for a walk.

10) Has anyone ever surprised you in a way that let you know you were
special? How?   whuh….what?  Um, like bringing me flowers?  A friend brought me flowers the other day.

11) When you are having a “good day,” how do you spread the happiness to others?   I’m way more chatty to strangers when I’m in a good mood.  Which may not be a good thing, for them!

12) What is one thing that puts you in a bad mood, no matter how good
you were previously feeling?   I can go from zero to homicidal rage when people act like idiots on the subway.  IT’S NOT THAT HARD.  Get in, GO IN.  If you were getting into a car with a bunch of other people, would you get in and just sit?  NO!  You’d skoosh in!  So why do people just STOP when they get in the subway!  If you’re getting in an elevator, to you get in and stop RIGHT inside the doors?  NO, other people have to get on, too!  You move IN!  I don’t understand why people lose all common sense when they go underground to the subway!

13) Would you rather live in a world with or without technology such
as computers, cars, airplanes, bombs?   You know what?  I love computers SO MUCH.  I love all of these things SO MUCH.  BUT I would give them all up to go back to a time before bombs and guns.  What’s the point in having a civilization at all, if it is hell-bent on destroying itself?  Let’s go back to trapping animals for food and cultivating grain.  Seriously.

14) If you had to live without either heating in your house or air
conditioning, which one would you keep?   I could probably live without air conditioning, but not without heat.  It’s pretty cold in here, in my sweatsuit wrapped in a blanket.

15) If you had to own five dogs, what kind would you get?   Oh wow!  This sounds like a dream!  Okay, here we go!  One pug, one corgi, a Samoyed, Pomeranian, and Norwich Terrier.  YEAH!