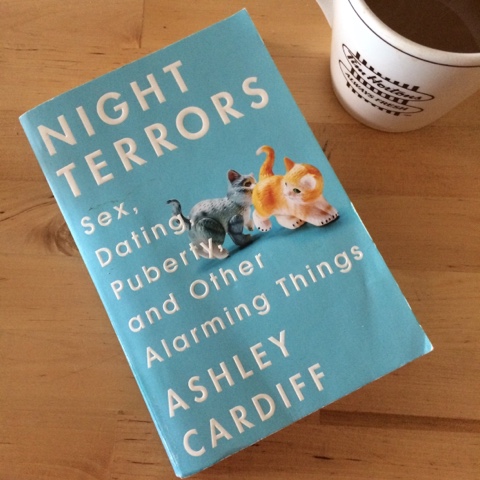 Last month, I was fortunate enough to be stuck on a train for ten hours (ten hours just read that sentence will you!) to devour this entire book in a single sitting.

Ashley Cardiff’s collection of essays all revolve around the subject of sex.  Because she is openly talking about sex, her narrative voice takes on the air of authority and dare I say innate coolness because she is brave enough to talk about sex.  While many of her experiences are relate-able (the boyfriend whose parents don’t think you’re good enough for him?  Being hit on in a bar by a pompous ass who talks down to you in hopes that you’ll go home with him?), she is on a pedestal:  like the cool, older babysitter in an 80’s movie.  Ashley Cardiff is cool as hell.

And then, there are the less-relate-able stories she shares:  these were by far my favourite, as the awkwardness and horror made me laugh and groan out loud on that damn train, so I’m sure the other passengers were probably not enjoying my book as much as I was.  I don’t want to spoil any of the juicy details of the book, so I’ll let the back cover do it for me: 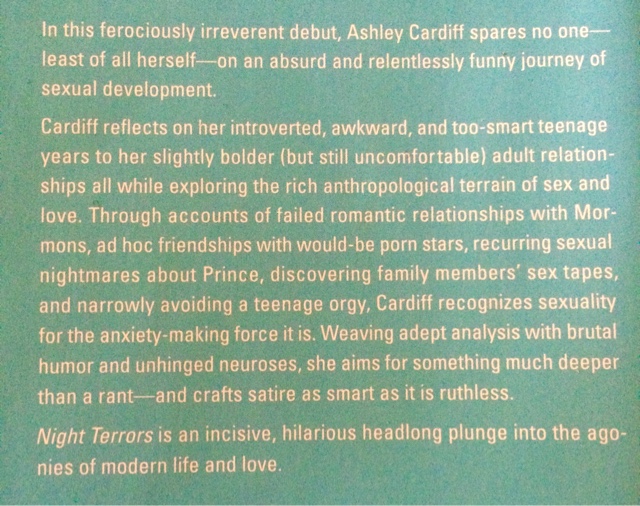 This is a collection that is not to be missed.  Oh, I can go glassy-eyed and wax poetic about the importance of female humorists telling their own stories in a genre dominated by men, or you can just read this book and experience for yourself the riveting, uproarious masterpiece that it is!