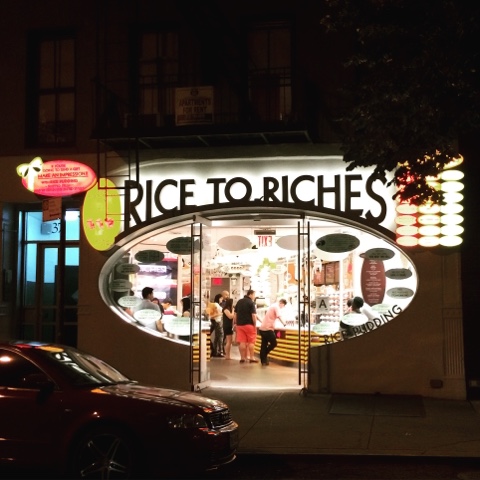 After hearing nothing but AMAZING things on the internetz about Rice to Riches in Soho, I finally had the chance to check it out last weekend!!  And it is everything you could dream of and more!
Their signage boasted many flavours.  But I was still shocked to see so many flavours available and guess what?  All but two of them were gluten free.  And such a hard choice to make!! 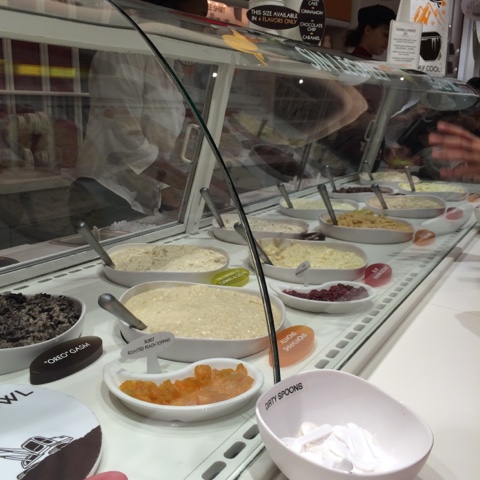 This picture shows less than HALF of their flavours, ya’ll.

My boyfriend and I decided on three flavours which, in retrospect, was a lot of rice pudding.  Key Lime, which was tart and bright.  Chocolate Hazelnut, sweet with a hint of bitter chocolate.  And Mascarpone with Cherries, which just looked amazing and was both of our favourite! 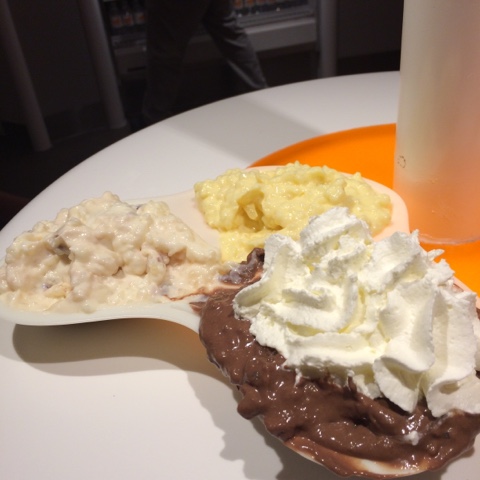 And the container was not only awesome (and definitely going to get reused), it came with a lid so we could tote the extra pudding home!  So cute!

Sadly, it is in Soho, which is a bit weird to get to, but just off the Spring Street 6 train stop.  I can’t even begin to tell you how cute and sassy and wild this place is – it needs to be seen to be believed!!!  NYCers better haul themselves down to Spring Street in Soho for some rice pudding!!!