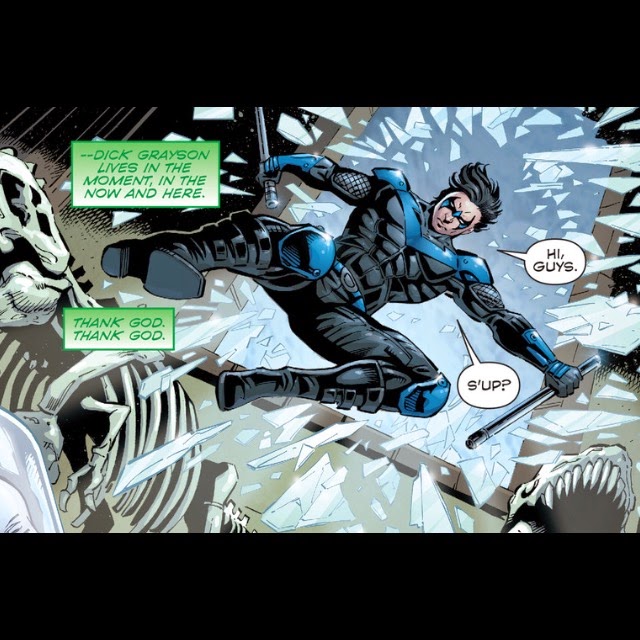 Nightwing may get top billing in this two-part Convergence story, but it’s Oracle (Barbara Gordon) who clearly steals the show.  Told mostly from her perspective, the story examines the more human aspects of being trapped under the giant dome.

In very few well-chosen words and images, the reader quickly understands the psychological implications of being trapped under the dome.  While Dick Grayson is thriving… 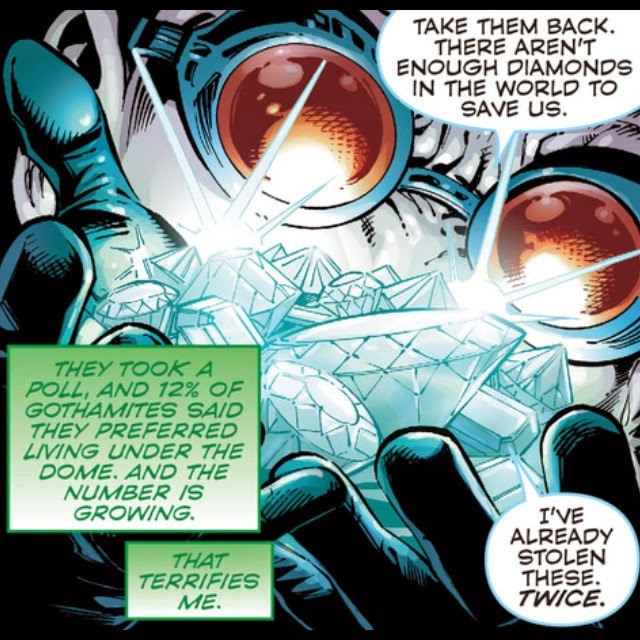 Others, not so much.  Barbara doesn’t let on that it’s affecting her as much as it is, and that is her internal struggle even as she cracks witty jokes and carries on being Oracle.

She is soon forced to face her feelings as the dome dissolves and oh yeah this happens: 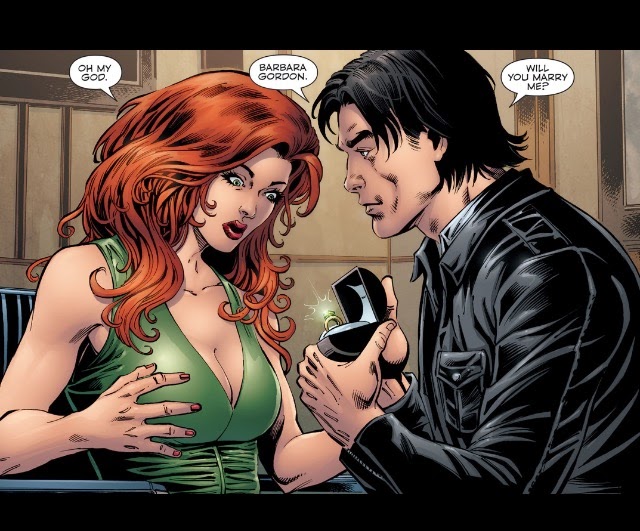 Then, the pair find themselves engaged in war over Gotham city.  Dealing with their relationship while engaged in a seemingly hopeless battle, you’ll absolutely cheer with delight and gasp out loud reading the second issue.

Best of all, if you were put off by the cutesy-wutesy rendition of Babs in “Hipster Batgirl,” prepare to be delighted.  Oracle/Barbara Gordon is a sarcastic, powerful, yet still introverted and relateable strong female character.  She is more fully realized and real in these two issues than in all of the “New Batgirl” comics put together — sorry, fans. 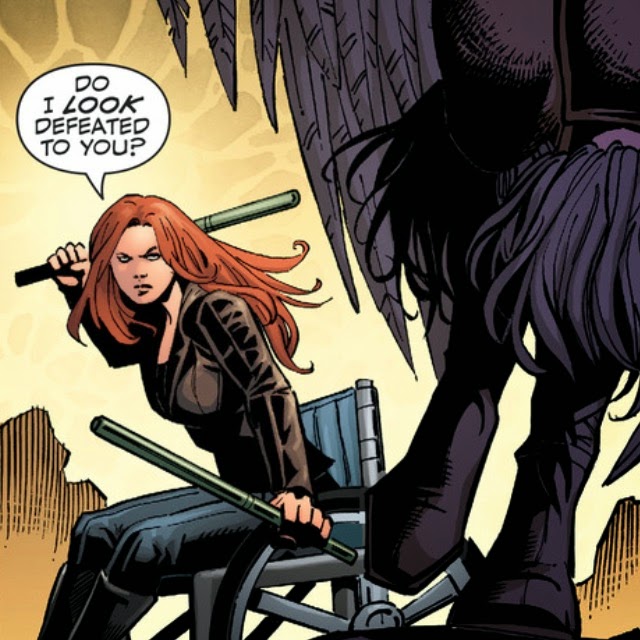 If you have a few minutes, read this two-part story by Gail Simone and I can promise, you’ll be left cheering by the end!